13year-old boy shot dead by police on his balcony. 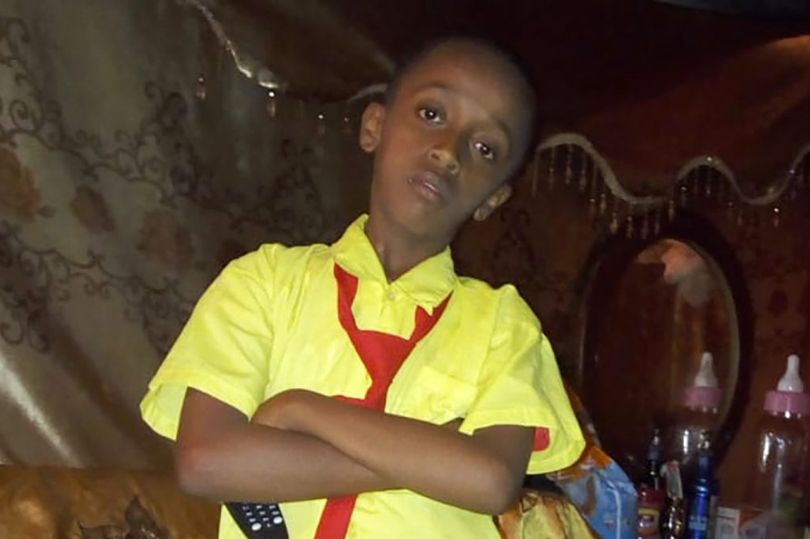 According to MIRROR, Yassin Hussein Moyo was with his mum and siblings curiously watching officers patrol the streets when a bullet struck him in the stomach in Nairobi, Kenya.

The teen’s three-year-old brother now asks whether police will shoot him too, their mum told CNN.

Yassin’s dad Hussein Moyo Molte was at a friend’s house in the area when he heard gunshots moments before his daughter called him to deliver the tragic news.

He said she told him: “Yassin’s been shot, we were on the balcony, the police had a torch on us and then they fired shots.”

Yassin was taken to hospital after the incident on March 30 but sadly he died of his injuries, his dad said.

He said: “My child was shot on the balcony at home, he wasn’t even on the street.”

“I support the curfew but how the policeman handled it was very wrong.”

Yassin’s mum Hadija Abdullahi Hussein added: “Everyone is home but no one is talking. He used to be the one who brought all the life into the house.”

Kenya brought in a curfew from dusk to dawn on March 27 amid the coronavirus outbreak.

The country’s police inspector general has pledged to investigate Yassin’s death as President Uhuru Kenyatta reportedly issued an apology for the excessive use of force by police but the young boy’s grieving family say an apology will not bring their son back.

Spokesman for the national police Charles Owino told CNN Yassin was hit by a stray bullet but refused to answer questions about allegations of ‘excessive force by police’.

The investigation into the incident is ongoing.