Just few days after apologizing to Tasha, 50cent comes with another comic to ridicule her as a celebration of No.1 position. 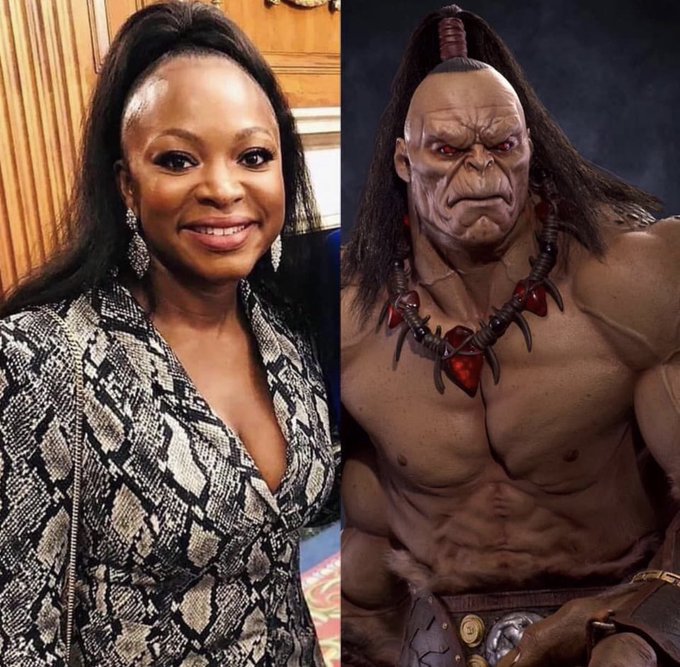 50cent on Twitter, presents a comic looking and annoying Tasha alongside Goro, a multiple-hands character from Mortal Combat.

If this was to celebrate Tasha a being an ultimate character in Power, it seems so, one wouldn’t be sure but one thing is certain, fans are not taking it lightly with 50cent, especially women.

“She already said she wasnt. The first time he could say he thought it was all in fun. This time he KNOWS he is hurting her feelings.”

I support a Tweepee that said it wasn’t for ‘ugly’ sake but celebration.

“I find it interesting how people are so offended by this. The only thing that’s comparable is the hairstyle. We know damn well 50s not saying she’s ugly. Cmon now, the woman is beautiful.”

I don’t want to believe 50 is bullying Tasha. um um!

Okay I am done watching power 🤦🏾‍♀️ this is bullying employees and a woman.

Bruh still disrespecting the star of his show after she expressed how she feels about it ……..

grow tf up. we know your career isn’t going anywhere but find something better to do. take a walk.

Makes a lot of sense now
Cos it says Kid in your bio, you stopped growing a long time ago

I Dream To Inspire My Peers, Society, says Bayo Beats

Be mindful of your association with APC, Kunle Adegbite to fellow actors

Toyin Abraham: Why my Parent threw me away at birth