About kidnapper kidnapping vehicles of dead bodies with ambulance 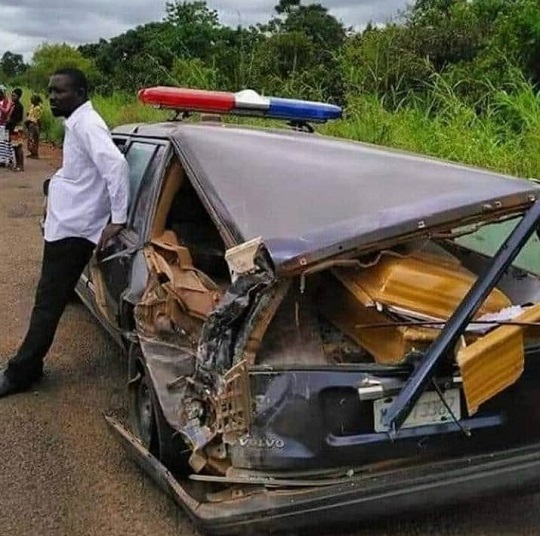 The driver of an ambulance conveying a corpse from Lagos to Enugu, has narrated how their convoy was attacked by kidnappers in Edo state.

The driver of the ambulance marked Lagos KRD 782 GO, who gave his name as Salami Orijiwa, said they left Lagos as early as 6 am on Saturday to enable them make the journey early to Enugu.

He disclosed that the incident happened along the Benin bypass, near Ahor, an area that has become notorious for kidnapping in the past few days.

It was however a double tragedy for the dead family member as their convoy was attacked and the younger brother of the deceased who was sitting in the ambulance taking the dead was kidnapped while the ambulance was badly damaged.

The driver of one of the vehicles in the convoy was also shot dead at the spot by the kidnappers.

The driver narrated, “I carried a corpse in the ambulance and we were coming from Lagos and going to Enugu to bury him. The younger brother of the deceased was sitting with me in the front seat of the vehicle.

“When I first sighted them (the kidnappers), I thought they were policemen, because one of them was holding a gun on the right-hand side of the road, and then I saw another one on the left carrying cutlass.

“At that point, I thought they were thieves, but, suddenly, I saw another person in front who pointed a gun at us and shot.

“I quickly bent down inside the vehicle and that was how I lost control and veered into the bush and fell into a ditch. The bullet hit the vehicle behind me and the driver died on the spot.”

As at the time of filing this report, it was gathered that the family was still negotiating with the abductors who are demanding for N5 million as ransom before they will release their victim.

The State Commissioner of Police, Philip Ogbadu, could not comment on the incident, as he said he was in a meeting.

He however directed inquiries to the Police Public Relations Officer, SP Chidi Nwabuzor, who did not pick repeated calls to his line.

Nasiru Kabara of Kano under surveillance for preaching violence