An image featuring women’s bare breasts has been banned in the United Kingdom following several complaints alleging the images cause “widespread offense” and are inappropriate for children.

In February, Adidas launched a campaign on social media as well as billboards and posters, featuring women’s breasts of all shapes and skin tones — with the nipples blurred out.

The campaign, shared in the United States as well, was meant to promote and celebrate the company’s 43 styles of sports bras. 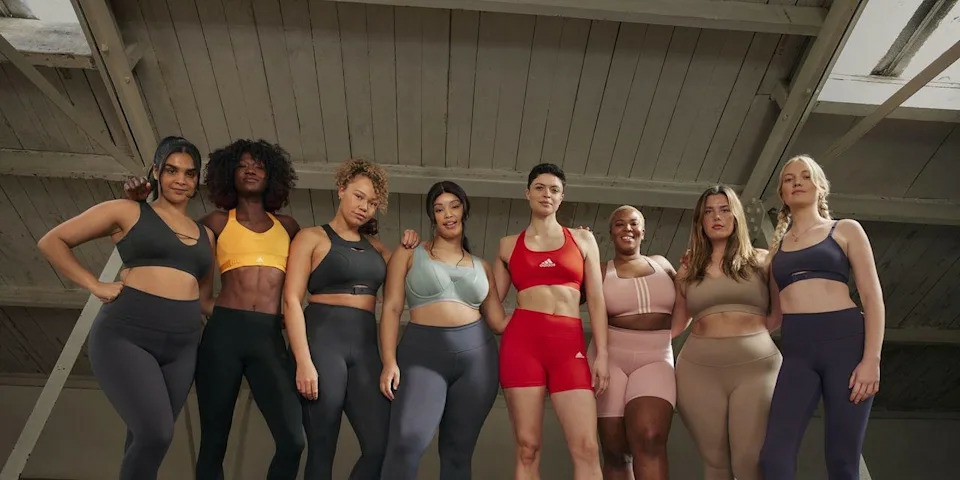 “Breasts of all shapes and sizes deserve support and comfort tailored to them,” Adidas shared in a statement, alongside a collage featuring 24 images of women’s breasts. “Which is why our new sports bra range contains 43 styles, so everyone can find the right sports bra for them. In sport, everybody should feel free and inspired by what their bodies can achieve.”

However, the pictures weren’t sitting well with a lot of viewers.

According to the BBC, the Advertising Standards Agency, the UK’s independent regulator of advertising across all media, received 24 complaints claiming the ads’s use of nudity objectified women by sexualizing them and “reducing them to body parts.” There were also concerns about whether or not the images were appropriate to be displayed where children could see them.

Twitter had also reportedly received a number of complaints but was quick to clarify that the images were not in breach of its terms of service.

“Although we did not consider that the way the women were portrayed was sexually explicit or objectified them,” the ASA said this week, “we considered that the depiction of naked breasts was likely to be seen as explicit nudity. We noted the breasts were the main focus in the ads, and there was less emphasis on the bras themselves, which were only referred to in the accompanying text.”

The statement continued: “The ads must not appear again in the forms complained of. We told Adidas UK Ltd to ensure their ads did not cause offense and were targeted responsibly.”

Despite the number of complaints received by the ASA, there was still widespread support from Adidas customers, many of whom applauded the company’s stance on body positivity.

“Thanks for keeping us abreast of body positivity, Adidas!” one user wrote in the comments section of the company’s Twitter ad.

“This is the breast ever!” Playboy magazine wrote from its official account.

“Despite all the negative comments I love this,” one reader added. “My boobies have changed so much over the years and it’s lovely to see a brand catering for changes and seeing all boobies are normal and natural and beautiful.”

Following news that the UK would be banning the ad, Twitter was ablaze with an array of opinions on the matter:

Banning an AD for sports bras, because bare breasts might offend people, wtf is wrong with people 🤨🧐😠

Grace Snow @gracesnow says ”I actually want to go buy an Adidas bra now in solidarity. Ridiculous that this advert has been banned. It’s not illegal or obscene to reveal breasts in public. Look at all the shirtless folk out and about on a hot day.”