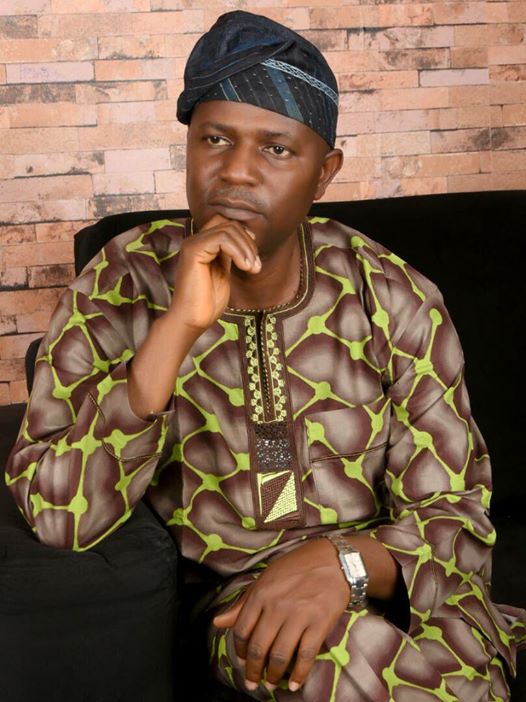 ALHAJI FATAI ADEKANYE ADAMS: The journey to emplace a people oriented and state centred government of Ondo State has started in the camp of the opposition PDP. This journey has been greatly inspired, enhanced and buoyed by the uninspiring and self-centered governance style and performance (if any) of the Arakurin Rotimi Akeredolu led administration in the last three years.

There is hardly a sector that Akeredolu will not receive a thumbs-down on his exercise of the authority of power. He has bestrode the annals of government like a no man’s business, by acting as if a day of reckoning will not come. It even beat my imagination when his acolytes started clamouring for a second term for him. Some of the supporters even shamelessly call it Ibi giga (Higher Place), even when we are down in governance indices thanks to Akeredolu, hence the call Ibi giga. ‘Ibi giga’ to and for whom; the people or the Akeredolu’s? This reminds us of the Next Level promises that turned into a mirage.

There has been governors and governors will continue to be in the state, they have never overseen the affairs of the state like the way Akeredolu has reduced governance to a mockery and abuse of the sensibilities of the people.

When he came up with the Otun Otun (Act Anew Think Anew) campaign slogan, many a voters had thought he was well intentioned. From the southern to the central and the northern senatorial district, many fell for his gimmick. Some in the opposition PDP were not left out as they also gave unsuspecting credence to the contrived slogan, thus making a self-inflicting decision.

The state was warned enough in a piece yours truly wrote about the APC gubernatorial primary in 2016, on the 7th of September 2016 to be precise. In the said piece, yours truly wrote much about Akeredolu and the reemergence of the Kaduna mafia. I will make an x-ray of that my write-up on another day as the scenario as not changed.

The purpose of this piece is not about Akeredolu and his failed promises and disappointing outing as governor of the sunshine state, but it is about the prospects of the PDP and the need to put in place a State Executive that will truly stare its affairs to the admiration of the people and thus leading to a change of guard at Alagbaka, government house.

Alhaji Fatai Adekanye Adams, the 52 years old Irun Akoko born politician is destined to be the Chairman of the PDP at this critical stage when it is at the verge of making its way back once again to the Government House, Alagbaka, Akure, thus making history. The former Lawmaker who was Chairman House Committee on Works, Housing, Transport and Environment, and Deputy State Chairman of the party in the last 6(six) years has sufficiently learned the ropes of state party administration under 2(two) different successful party Chairmen- Hon. Ebenezer Alabi and Engr. Clement Faboyede. He is a loyal party man who had remained in the party even when decisions taken previously were at odds with his line of thought. A man that believes in the doctrine of ‘live and let live’.

It is on record that there is this recurring phenomenon about change of governors in Ondo State. Whenever an Akoko man is at the helm of affairs of a particular political party, nature has always had its way of crowning the efforts of such an helmsman to put in place a government led by the party.

In 2003 when the Late Dr. Olusegun Agagu was elected governor under the PDP, Alhaji Ali Olanusi from Supare Akoko was the Chairman of the PDP which fought its way to Alagbaka from opposition.

In 2009 when Dr. Olusegun Mimiko became governor on the platform of the Labour Party(LP), the general that led the onslaught as Chairman of the LP against the Agagu government was another Akoko star; Dr. Olaiya Oni. If the Mathematical principal of Induction is to be deployed in this instance, it is safe to say that with another Akoko man in the saddle, the PDP should be warming up to make a gallant entry to the government house.

The Alhaji Adams option did not just crop up suddenly from no where but a conscientiously taken one. The State Working Committee of the party drew up bundles on how the party executive positions should be distributed among the 3 (three) Senatorial Districts and the position of Chairman amongst others was zoned to the Northern Senatorial District. This bundles were also endorsed by the Elders Council of the Party. The Northern Senatorial District Leadership held its meeting at Owo and further considered the 6(six) Local Government Areas in the District and zoned the Chairman position to Akoko North East where Fatai Adams comes from.

Before arriving at Akoko North West L.G.A, certain factors were put into consideration, these includes among others; that local governments that have occupied the position before should be ruled out.

The pioneer Chairman of the PDP in Ondo State Col. Babatunde Awodeyi (Rtd) is from Ose L.G.A. The permanent member of the BOT of the party from Ondo State in person Senator Bode Olajumoke is from Ose L.G.A. The very first time someone from the Northern Senatorial District was nominated to serve as a member of the National Working Committee as Deputy Youth Leader at the National Secretariat, Abuja, it was from Ose LGA in person of Arole Dennis Alonge-Niyi, thus Ose was put outside consideration. The position of the Vice Chairman who doubles as Senatorial Chairman was zoned to Ose L.G.A, a prolific entrepreneur and former member of the House of Reps; Hon. Bobby Omotosho Ph.D was picked unanimously to occupy the position.

The leaders went further to consider other LGAs. Akoko South West was also dropped because it had produced Alhaji Ali Olanusi who later became Deputy Governor. The previous occupiers search effort moved to Akoko North East where Chief Sanya Orungbemi was recorded to have been Chairman of the party. The position of Senatorial Woman Leader was zoned to Akoko North East and a veteran women affairs manager Hon. Tolani Hassan was unanimously endorsed. At this juncture the leaders were left with Owo, Akoko South East and Akoko North West.

In looking at the prospect of an Owo Chairmanship, the leaders felt that it will be foolhardy for them to have the Chairman of the party from there, considering the fact that the incumbent governor is from Owo. This led to dropping from the race by reputable sons of Owo like a former member of the House of Representatives, Dr. Lad Ojomo who had earlier indicated interest to occupy the vintage office. The position of the State Auditor was then zoned to Owo and was picked up by the popular ‘Shoprite’.

Akoko South East was also put off the list for consideration simply because the immediate past Youth Leader; Hon. Henry Makinde hails from there and because he came in to complete the tenure of an earlier occupant who resigned, the leadership at the State level made it automatic for all such category of officials to return to their bits. This single policy, ruled out Akoko South East.

With all the other 5 (five) LGAs gone, the space was left open for Akoko North West to occupy. From Akoko North West, ALHAJI FATAI ADEKANYE ADAMS was the only person that indicated interest, hence was adopted and further endorsed by the leaders of the 4(four) Akoko LGAs.

Despite this loud and clear position of the leadership of the party, it did not preclude any party member from exercising his or her fundamental right, hence the challenge from another aspirant.

It is my considered view that PDP as a party in opposition should not sharpen its energy on party congresses to the level it has gotten to today. This is not to say that everything about the quest to occupy the chairman position has been negative. For instance, with the consultations going on among party faithfuls, the party is being energized by the day. I very much agree that this should be a season to harvest from the tatters in the ruling APC preparatory to the governorship election, but all hope is not lost.

Conclusively speaking, with Alhaji Fatai Adekanye Adams as Chairman of PDP, the sky is even not the limit of the PDP in the forthcoming governorship election, as I implore all party faithfuls to queue behind this destined project as the ultimate target should be the government house and no side distraction no matter how minimal should be allowed to take the ace up our sleeves.