by FADAKA LOUIS
in Trending
1 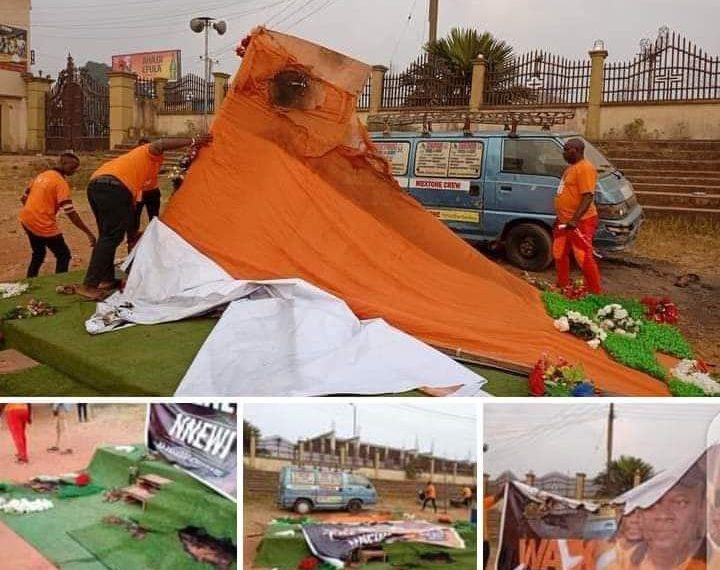 On Valentine Ozigbo: “Anambra PDP members are unrepentant arsonists that must be avoided like leper by ndi Anambra.

Whenever I talk about Anambra PDP members, I do it without fear of contradiction.

It is said that a leopard cannot change its spots and that is why nothing surprises me about Anambra PDP.

The attack they launched against one of their own in the person of Valentine Ozigbo is their well known stock in trade.

With such attack, I have been vindicated with my reference to PDP members as unrepentant arsonists and the best thing Ndi Anambra must do is to avoid them like leper.

Nnamdi Nwangwu that is PDP Publicity Secretary goofed in his reaction to PDP thugs destruction of Valentine Ozigbo campaign materials at Nnewi.

He wanted to use diversionary tactics to deceive ndi Anambra.

That attack was purely Launched by PDP members against their fellow PDP member campaign train.

He spoke like a coward in his reaction by blaming the incident on the opposition without being specific by calling the name of the party he was referring to.

What PDP did to Valentine Ozigbo is a child’s play to what they did to ndi Anambra in the past and that is to say that they have not changed.

We truly need to avoid them like lepers because if we make the mistake of returning them to power in our beloved State, they will do worst thing.

It’s on record that Valentine Ozigbo did his Walk for health campaign in Awka and Onitsha without being attacked.

He now took the campaign to Nnewi and they attacked him at the kick off venue.

The opposition are not seeing Valentine Ozigbo as a threat because he is not yet a candidate of PDP.

Outside the above explanation that clearly showed that the opposition has no reason to attack Valentine Ozigbo, the party that is known with the history of violence and arson is PDP and what they did to Valentine Ozigbo is what they are known for.

As I condemn the incident, am also using this medium to advise ndi Anambra that the best thing they need to do is to avoid PDP because they are unrepentant arsonists.

They have nothing to offer ndi Anambra.

We cannot be deceived with their condemnation of what happened to Valentine Ozigbo because it’s glaring that they perpetrated the attack against their fellow party member and want to use the condemnation of the incident to act as if they are not the perpetrators of that attack.

The saving grace of Valentine Ozigbo is that he was not at the Nnewi venue for the kick of his walk for health campaign as at the time the thugs unleashed that mayhem because had it been that he was at the venue, the attack would have resulted in bloodshed.

Anybody wishing ndi Anambra the return of PDP to power in the State is wishing them bad luck and I say back to sender to such evil wish.

APGA brought peace and security to Anambra State and that is exactly what ndi Anambra want to continue enjoying hence the reason why they will vote for the party again on November 6th.