by FADAKA LOUIS
in Fashion & Lifestyle
0

Governor Babagana Umara Zulum received the sad news at Gamboru, a border town in Ngala, where he passed the night, while on humanitarian visit to supervise distribution of food, cash and textiles to about 50 thousand internally displaced persons in different camps. 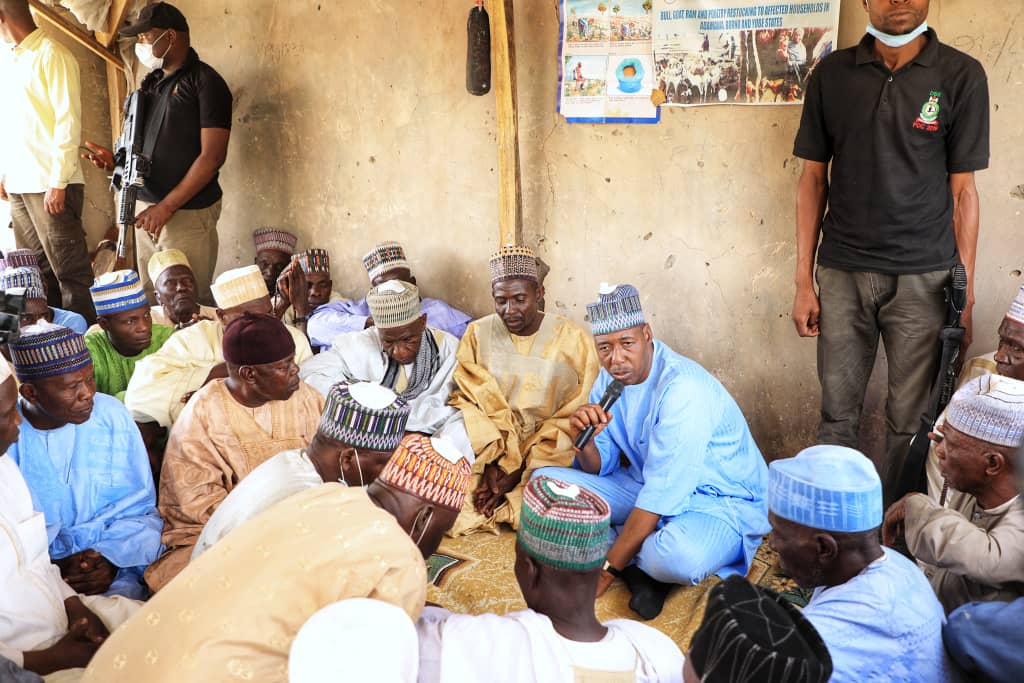 On Zulum’s request, chief Imam of Ngala town, Goni Awari Goni Kadiri led a gathering of other imams and displaced persons to offer prayers of forgiveness and eternal peace in favour of the deceased, malam Isa Gusau, spokesman to the Governor, said in a statement. 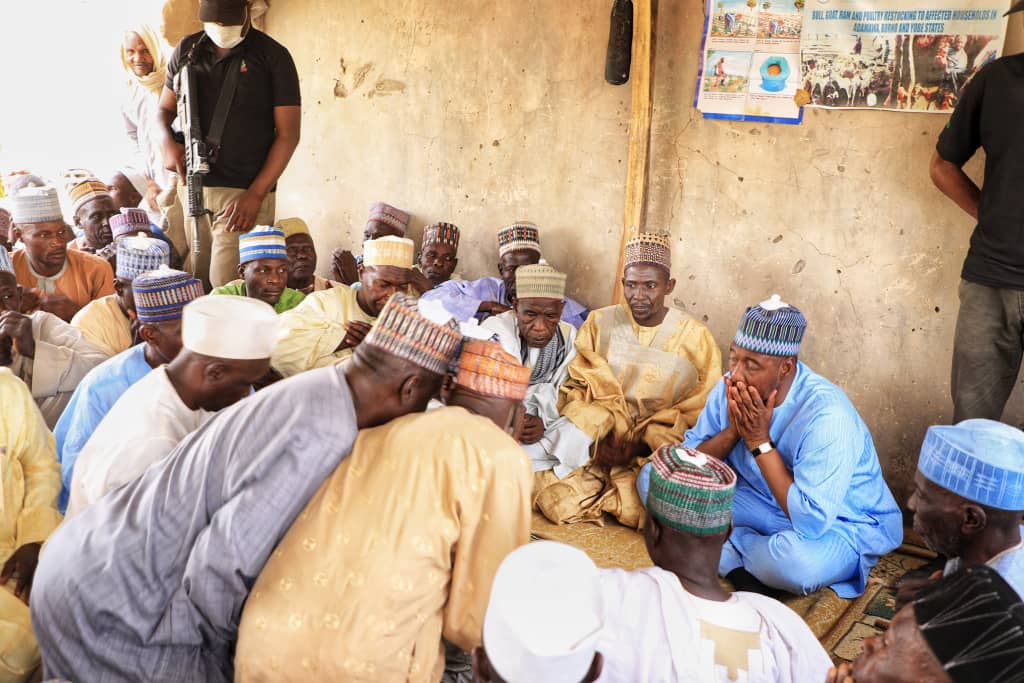 “Inna lillahi wa inna ilayhi raajiun (from Allah we all come from and to him we shall all return).”

“We have lost one of our own, Alhaji Abba Kyari, chief of staff to the President. It is a big loss to us because Borno has just lost a rock. I was really shocked by news of his demise.”

“I last spoke with him exactly weeks ago and he was in good spirit.”

“I share the grieves of his immediate family, His Excellency, Mr President and the Presidency as well as his larger family, the people of Borno state.”

“Alhaji Abba Kyari was a good man that was misunderstood by many people and whatever it is, his appointed time has come and every human will one day die, no matter how long we live and for this divine reason, good people or those with wisdom, do not celebrate the death of anyone.”

“I urge all of us here to pray for one of our own. Someone who was sincerely passionate about the fight against boko haram towards peace-building and restoration in Borno state, the northeast and Nigeria.” 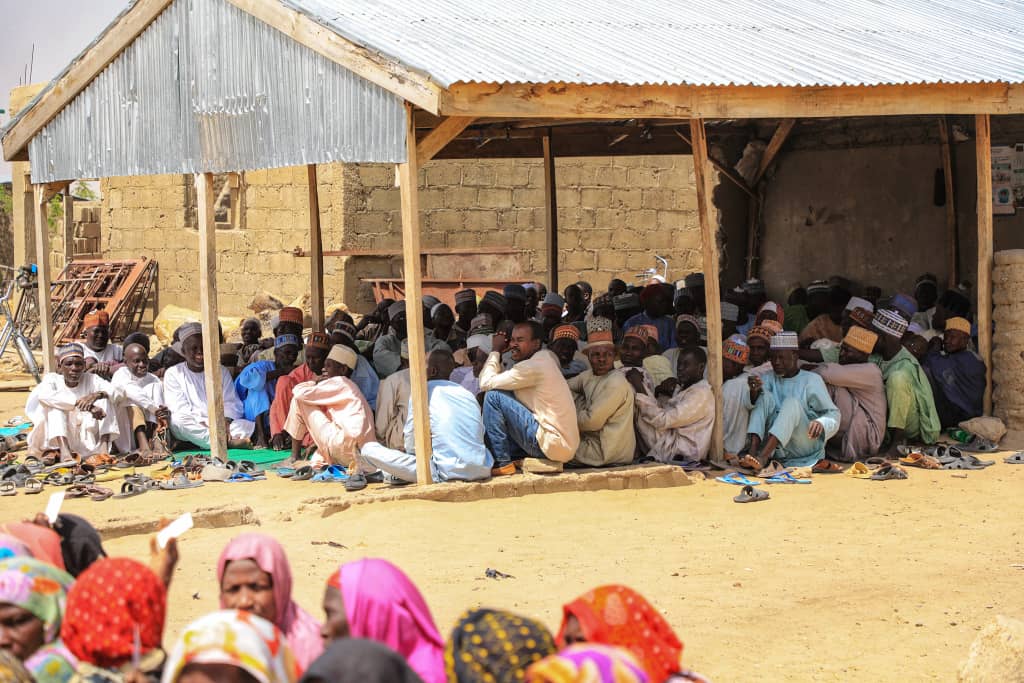 “I will like this gathering of Imams to lead prayers for the late chief of staff to have eternal peace. May Allah forgive his shortcomings, admit him into aljanna and give his family, other loved ones and the people of Borno state the fortitude to bear his demise” Zulum was quoted to have told the group of imams.”

The Governor had made similar call at different IDP camps in both Ngala and Gamboru towns when he addressed displaced persons.

Due to humanitarian needs of IDPs however, the Governor went round all the camps to ensure measures were put in place for the state emergency management and other assigned officials to carryon with transparent distribution of N5,000 cash and wrappers to to each of 25,000 women as well as bags of food varieties to 20,000 male heads of households. 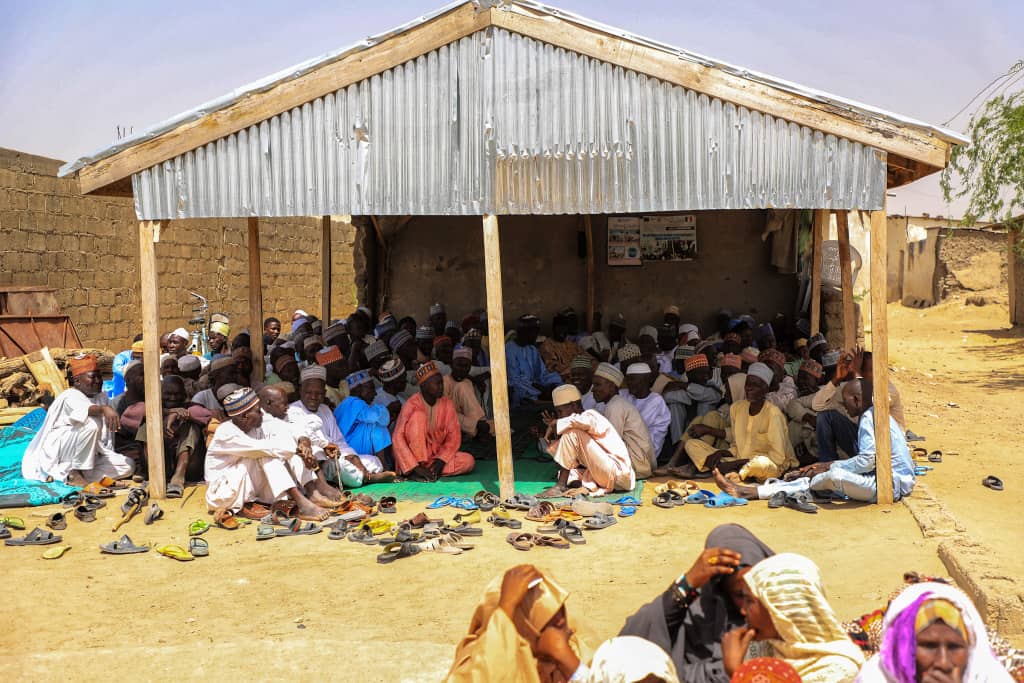 Visits fire victims at Ngala camp
On arriving Ngala town from Maiduguri, Governor Zulum saw a large camp for IDPs to sympathize with families of persons who lost their lives and those injured.

The Governor assessed extent of damages and held meeting with camp officials and management of the state emergency management agency towards preventive measures.

Zulum arrived his lodge at Gamboru town at night and woke up with news on the death of Abba Kyari.