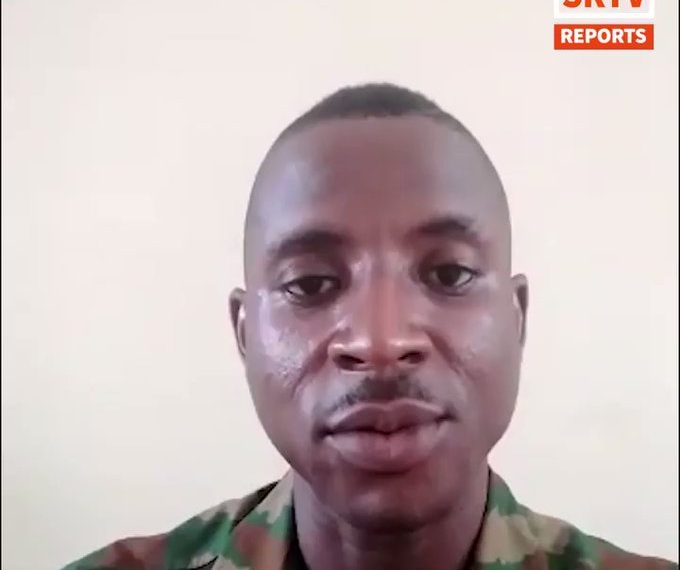 A military court martial in Sokoto State has granted bail to a lance corporal, Martins Idakpini, seven months after he was detained.

The soldier’s lawyer, Tope Akinyode, confirmed the development to PREMIUM TIMES in a telephone interview on Thursday.

In 2020, Mr Idakpini in a published video criticised President Muhammadu Buhari and the Chief of Army Staff, Tukur Buratai’s handling of the Boko Haram crisis.

He alleged that the duo failed to provide adequate resources to soldiers fighting Boko Haram. Following the video, he was arrested and detained in Abuja.

Mr Martins was not allowed to have legal representation for a month until Mr Akinyode, a rights lawyer, approached a Federal High Court in Abuja, to file a rights violation lawsuit.

Justice A. I. Chikere granted Mr Martins access to his lawyer and relative. He said the Nigerian Army’s action was against the fundamental human rights of citizens.

Despite the court order, the army did not allow him to see his families and the matter was later transferred to Sokoto State where he was to face the court martial at the city he committed the alleged offence in.

A court martial is like a military court saddled with the responsibility to try soldiers considered to have violated army rules but they have the right to choose their own lawyers including from outside the army.

Speaking with PREMIUM TIMES on Thursday evening, Mr Akinyode noted that the soldier has been granted bail.

“Court Martial grants bail to Lance Corporal Martins Idakpini. The court sitting in Sokoto made the order today after I argued the bail application,” he said.