Anambra: There have been calls, newspaper reports, TV and radio programmes, and social media activities of all kinds where various opinions have been canvassed on the Anambra State Government’s decisions of restricting the use of “Okada” as a means of transportation in Awka, the State capital, and the commercial city of Onitsha; and on the ongoing demolition of illegal structures and shanties across the State.
Related: Destruction of Shanties and Illegal structures at Onitsha.
Few days back, I was with the state’s Honourable Commissioner for Information and Public Enlightenment, Hon C Don Adinuba, who was engaged on the afore-mentioned topics among others, on the Anambra Broadcasting Service’s programme,”Face The Press”.

Again and again, I have been privileged to see well worded articles as well as, comments, written on these issues. From the fore-going, it is clear that Ndi Anambra have always longed for a better Anambra.
We all clamour for that best State in the nation which we would all be proud to call our own, a dignified State that we shall all be proud to bequeath our children and children’s children. We have this hope that Anambra can become the African Dubia, the African Japan, the African China, name them all. Clearly speaking, we have the potentials, both human and material resources needed for all these. The ground is also long prepared for the needed structures – go to Nnewi, Onitsha, and to our numerous other industrial communities to see things for yourself!
Even at the heat of the discussions under review, every Anambra man has never deviated from these feelings – desire or wish to build a great state. That is our vision and that too, remains our mission.

Thus, these same feelings have been pushing the State Governor, Chief Willie Maduabuchi Obiano, into taking these uncommon decisions that are made for the best interest of the State and her people. I would want to repeat, it is the Governor’s decision to make positive changes, changes that can cause the growth of a bigger Anambra and at the same time account for the well-being of Anambra people that are fundamentally the driving force that kept this “dream” alive and still, catapulted it to this height today. History also has it that this move has been made in the past during the early stage of Gov. Obiano’s first tenure, and for some considerations, the Governor decided to keep it for a later day.
Today, he has, after going through the pros and cons, seen the need to embark on this journey of beautifying the State in order to prepare the ground well for the full realization of the aspiration of becoming one of the best states in the federation.
Above said, we are all aware that no development worth the name, can ever come without some genuine sacrifices and denials from the citizenry. There are prices to be paid and that is exactly the picture on ground today with the decision made and the effects it is having on those directly affected – the Okada riders and the owners of the illegal structures and shanties in the affected cities.

Again, we have to recall that this bold step has also been taken intermittently in some states of the federation, including some of our sister Igbo States like Enugu, Ebonyi, Delta and most recent of them is Imo State.
At first, it was like the end of the road for the various administrations that implemented them and the individuals who were mostly affected by the decisions. Today, such decisions made are now history and life has long continued to go on for both parties. The important thing is that those cities and the States involved are better today than what they were. And to the surprise of the citizens, those who felt then that the worst had happened, are all also beneficiaries of those bold decisions today – living their lives and contributing positively to the common good of their respective States. A visit to any of those States and cities today can convince us more to understand and appreciate the Governor’s decision better and also help us to accept it in good fate, bearing in mind that it is for the bene commune. For sure, it is not about Obiano, it is about us, it is about Anambra, it is about our development and progress, and it is about our growth.
Come to think of it, how do you think visitors on arrival to Anambra have been perceiving or managing the sight of Okada as “our genuine means” of transportation?

What really do the illegal structures and shanties say about us and our State to the visitors?

How comfortable would our foreign investors be with the sight of all these?

How would these things push them to invest and live here?

What type of impression do the okada transportation and illegal structures and shanties give to the faces of these major cities that should always showcase the beauty of Anambra?

These questions can continue ad infinitum.
Be it as it may, fact is that okada cannot truly stand the test of time today, as a genuine means of transportation in any serious minded community. It may have served few years ago.

We have to recall the number of lives lost to okada accident victims, with amputated hands and legs, along with other attendant varying health conditions. We have also to speedily bring to our consciousness the increase in robbery cases associated with okada riding . In the same vein, we have to look closely to the disgusting environment littered with illegal structures and shanties of all kinds. These pictures can go miles in helping us understand the State Government and thus, become pro campaigners of these decisions.
Very often, I have heard people condemn some of our leaders, accusing them of visiting or living outside the shores of Nigeria for years, enjoying the benefits therein as well as their social cum technological advancements, only to return here to be elected or appointed into various political offices and at the end, form worst governments or simply put, pollute the system of governance, without duplicating those things they saw and enjoyed abroad down here for the well-being of their people.
Today, as in his previous steps, Gov. Obiano has decided to distance himself, his Government and people from such blames tomorrow. 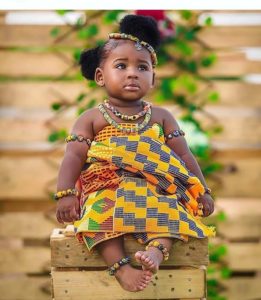 A close look at his policies and administrative pattern can go miles to affirm this deposition. Having seen his desired goal and the pursuits, all Anambrarians could do is to show solidarity and help him to help us become better. These decisions and their sincere executions are also the stages of development; those are part of what is required of us to get to our dream land bearing in mind that Rome was not built in a day.
Throughout history, man continued at each epoch to make honest efforts to become better and becoming better. My years of sojourn abroad have taught me that development is a continuous process, it begins and rolls nonstop. That is how great countries of our world today were built – America, Austria, Australia, Great Britian, Germany, France, China and many others. People’s houses, business premises, lands et cetera, were affected as those highways, beautiful cities and huge projects were being built. Today, these are all great and stand the test of all time in the comity of nations as our world’s best cities! We too, can become great today as a journey of one thousand kilometers begins with a step.
Fact is that these decisions can touch or affect the people’s livelihood as they are being implemented. Aware of this ab initio, the State Government has already marshaled out some palliative measures for Anambrarians when they are challenged by life situations such as the current situation on ground.
Thus, Anambra Small Business Agency, ASBA, was long created for a situation like this. It can also become a place of succour and refuge for those who may be affected by the implementation of the EXCO decision. Again, there could be arrangements for shuttle buses to be given on some arrangements to those who may be displaced with the situation under review.

In conclusion, the Ministry of Information And Public Enlightenment has long pre-empted situations like what we have on ground today when the Ministry noted that,“Building the Anambra of our dreams can be likened to building a whole new cohesive Anambra experience… A fundamental aspect of building the Anambra dream is that every onye Anambra should be part of building the dream, as we all have a role to play. The Obiano administration has since inception embarked on the upgrading and transformation of infrastructure across the State among other programmes.
Government actions have been based on the growth and developmental projections as well as the specific needs of the three senatorial zones”.  This clearly explains, the reasons for the restriction on the use of okada  in Awka and Onitsha, and the demolition of all illegal structures and shanties in the State.
The okada riders are thus free, to relocate or transfer their okada businesses to all other areas in Anambra.
Umunne m, ndi Anambra, where lies the injustice?
Written by OKOLI Juventus Chukwunweike
(Special Assistant to the Executive Governor of Anambra State on Media and Publicity).
Tags: Anambra StateOKOLI Juventus Chukwunweike
Previous Post