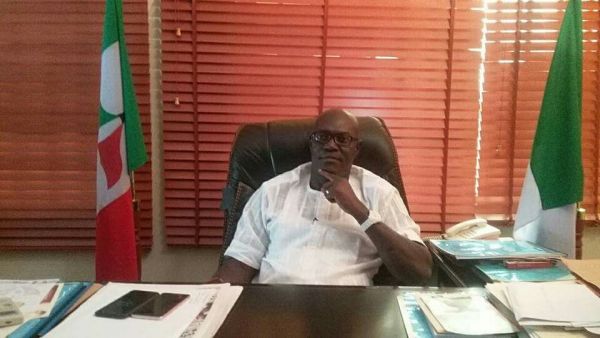 Kingsley Esiso is not running for re-election – Delta PDP officials: The crisis in the Delta State People’s Democratic Party (PDP) intensified on Friday with leading PDP officials calling for a realistic political solution.

‘’This is not time for endless talk and arguing. The PDP chairmanship is a matter of making Sapele to take an active role in pursuing the unity that comes from harmony and peace’’.

In a press conference in Sapele, Nicholas Oyawiri, Otivere Omoraka and Tony Akpeki reiterated the decision of the PDP stakeholders.

‘’Kingsley Esiso refused to attend a meeting called by the leaders of the party in Sapele Local Government. The only aspirant, who made himself available, was Hon. Godwin Atose. The leaders forwarded his name. Esiso never consulted with any leader that he was contesting and up till now, he has not done that’’.

The leaders described those cajoled and intimidated by the Delta State chairman of the party, Mr. Kingsley Esiso as nuisance making elements.

The party officials spoke on political control, compromises and persuasions in political decisions.

They reminded Esiso of the power of Sapele PDP leaders, his inability to control Sapele PDP and the endorsement of Godwin Atose.

‘’ Kingsley Esiso is very arrogant, non-consultative and operates with high handedness. He sees himself as the sole administrator of the party. He runs between Ethiope East and Sapele depending on where the juicy position will come from He is boastful. He calls himself Governor’s candidate’’.

The leaders underscored a bright reality.

‘’The plan to make Atose Delta State PDP chairman seems promising. The chances of it actually happening are bright. Kingsley Esiso is not interested in any internal resolution. According to him, the Governor of Delta State assured him of PDP Delta State chairmanship position. He said Okowa gave him the only available form for the said position. A fair resolution of the crisis is to allow for a more acceptable, amiable, accessible and humble party leader to emerge and a consideration of an indigenous loyal party member so as to allow the Sapele Okpe to have a sense of belonging. This is the idea behind the micro-zoning of the chairmanship to Sapele. The Sapele Local Government PDP Stakeholders nominated Hon. Godwin Atose’’.

The party members also told journalists that the good people of Delta State have lost any trust and empathy they had for Esiso because of the mudslinging campaign against Sapele Okpe and his leadership style.

‘’No one can dispute the rights of Sapele people to choose the next PDP chairman. Failure to give Sapele the PDP chairmanship can tear the party apart. It will also mean the exclusion of Sapele Okpe from the State Executive Committee of the party for eight years. Ethiope East where Kingsley Esiso is from will get four slots in the State Executive Committee to the absolute exclusion of a Sapele Okpe indigene’’.

There is no Local Government in the State that has provided a non-indigene to fill a slot allocated to it in the State PDP Executive committee in all the offices shared. Why should the case of Sapele be different? However, we are self-confident and we are full of self-assurance. This is because prominent PDP leaders in Nigeria are with us’’.

They described the imposition of the incumbent chairman in 2016 as a kick in the back.

‘’We are aware that the present PDP Delta State Chairman will insist on remaining the chairman through the back door, not through the same process used to nominate the ward and local government party officials of the 25 LGAs of Delta State, against the wish of Sapele PDP Stakeholders.