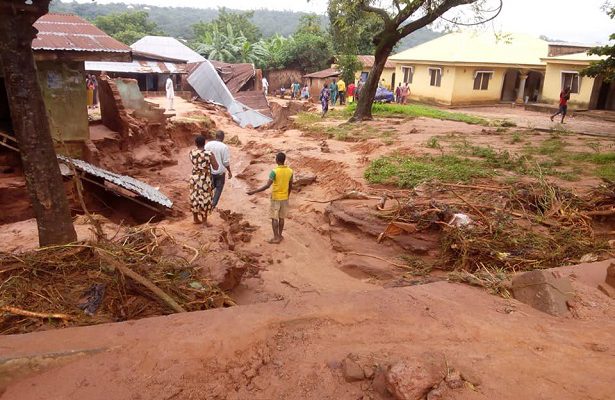 Officials of the Egbe General Hospital in Yagba West Local Council of Kogi State, have turned down the request for the deposit of a corpse in the hospital’s mortuary over suspicion of coronavirus.

The corpse was said to have been brought to the town on Wednesday from Abuja and that relations of the deceased intended depositing it in the morgue pending the conclusion of burial arrangements, Daily Trust learnt on Thursday. However, the medical officer in charge of the hospital, Dr Ola Iwarere, acting on the order of the Senior Special Assistant to Kogi State Governor on Security in charge of Yagba West Local Council, Tade Oshaloto, insisted on ascertaining the cause of death while allowing for isolation of the visitors who accompanied the corpse from Abuja.

Oshaloto, attributed his decision not to allow entry of the corpse into the local government area to current efforts to prevent the spread of the virus to the area.

He noted that  information at his disposal was that the corpse left a hospital in Abuja for Egbe, Kogi State without any evidence of clearance. He wondered how the ambulance secured passage from Abuja to Egbe despite the subsisting lockdown order in the state.

He explained that the local council under his watch had banned all social gatherings, including burials, until further notice while also having a task force in place to enforce compliance to the sit-at-home order of the state government.

The measures, he reiterated, were to ensure that the council stays free of the scourge. According to family sources, the remains of Bamigbola Olayemi were to be interred in her hometown, Egbe, this weekend.

However, Kogi State Commissioner for Health, Dr Saka Haruna confirmed that Bamigbola Olayemi died of a natural cause, according to the referral letter that accompanied the corpse, saying, “There is no cause for alarm”.

He allayed fears about coronavirus as he said there was sufficient evidence the deceased did not die as a result of breathing difficulties but normal death and at an elderly 83 years old.

He however commended the SSA security, Oshaloto and the people of the area for their vigilance.