Emir Sanusi: Gov. Ganduje And The Mess Of Traditional Authority

Emir Sanusi: By now, the recent drama that happened in Kano State should not surprise anyone. If one is still addled, muddled and befuddled of Emir Sanusi’s dethronement, maybe the person has not realised the kind of country we are. This is a country where truth sayer will always pay the price with untold hardship.

The best thunder in heaven should be reserved to strike and cleft those people that set up a constitution that transformed the State Governors to deities that should be worshiped by traditional rulers. If a particular king is not on the same page with his State Governor, he will pay the price with his staff of office and the rest would be stories. We had the case of former Gov. of Oyo state with Olubadan of Ibadan. Ajimobi attempted to humiliate Olubadan by installing new kings. Thank God that he was defeated and all his plans against Olubadan perished.

The power vested in constituted authorities to rubbish traditional rulers is not only embarrassing but disgusting. Like Yoruba proverb that says: ” Oba ba lori oungbogbo…Meaning that a king is over everything”. This proverb does not work at all. King has to pay homage and worship his State Government to save himself from the mess.

Emir Sanusi right from his appointment as CBN Governor, he has been a victim for saying the truth for long. As a CBN Governor, he wrote a letter to Godluck Jonathan to raise the alarm over billions of dollars from oil sales between January 2013 and July 2013 that had not been remitted to the Federation Account by NNPC. In the letter, Sanusi alleged that an estimated $20billion had not been remitted to the Federation Account and said if this continues, the country is going to have problem if the price of oil should come down. Read his words: “We are going to have a big problem if the price of oil come down. We can’t protect interest rates, we can’t protect exchange rates, we can’t protect reserves. There will be unemployment, government will suffer.”

His coronation as new emir of Kano was graced by All Progressives Congress’ members including President Muhammadu Buhari who was the APC presidential candidate then. Since 2015 election was coming, the APC members had seen Sanusi as man of truth who exposed Jonathan’s led administration shady dealings in oil sector. They used it as an advantage to lure more people to embrace the change mantra. Now, it baffles me that he’s being dethroned by the same APC government for telling the truth.

Emir Sanusi is a king that loves to change the narrative of his people as a traditional authority but his golden heart was not embraced by Governor Ganduje who emerged by fire by force as a governor for second term amidst series of bribery videos. His ordeals with the Kano State Governor dated back to 2017. Emir Sanusi is known for his criticisms on matters of social and economic development in Kano and Nigeria at large, he do offer advice and suggestions even when they seem to be displeasing to the political powers especially on the Girl Child Education and issues on family planning.

In one of his reactions against government plans in April 2017, Emir Sanusi challenged Governor Ganduje while delivering a keynote address at a function in Kaduna, on the governor’s plan to secure a loan of $1.85b from a Chinese Development Bank that would fund 85% of a Light Rail project to be constructed by a Chinese company.

The project was for the construction of a 74 kilometer facility in the state with the intention of reducing traffic on the roads and to ease commercial activities.

The above was like a magic bullet and does not go down well with the political powers in the state. In a swift reaction, the State House of Assembly accused Emir Sanusi of spreading false information against Governor Ganduje on his trip to China. He was also accused of spending the funds of the Emirate without the approval of the Governor or the House of Assembly. As a result, a probe was established with a view to indict him and subsequently dethrone him.

Similarly, Emir Sanusi had been perceived to possess interest in opposition candidate in 2019 gubernatorial election that was declared inconclusive in Kano by the Independent National Electoral Commission. From there, one would definitely know that Emir Sanusi would have problems with Governor Ganduje. On the day INEC declared Governor Ganduje winner of the inconclusive election, the APC supporters en mass barged to the Government House in Kano to celebrate with the governor. In the course of celebration, they chanted songs calling for the removal of Emir Sanusi. They also went to the Coronation House where the governor addressed them and they destroyed portraits and pictures of Emir Sanusi.

Thereafter, the state government in a political move cut Emir Sanusi to size by creating four new Emirates of the same first class status and at the same time, indict him for alleged misappropriation of funds in order to dethrone him. Four additional first class Emirate Councils were created by the Assembly within 48 hours in Karaye, Rano, Bichi and Gaya making Kano the fifth. Out of the former 43 Local Government Areas under the Kano Emirate, only 10 are now under it in the new arrangement.

Despite these allegations and threat, Emir Sanusi does not lie low with his candid voice. He could not keep mum in the face of his subjects’ primitive dealings. He courageously faults Almajiris and advised them to beg government rather than the masses. Read his words: “Begging is disallowed in Islam and if you must beg for alms, beg the government; not individuals or relatives. It is better for you to cut firewood and sell to earn a living than to beg.”

“Those who beg or seek assistance from individuals will be resurrected on the day of judgement without meat/flesh on their faces. And if you must beg, then beg the government not individuals or relatives. This is because they should be responsible for the welfare and wellbeing of citizens.” 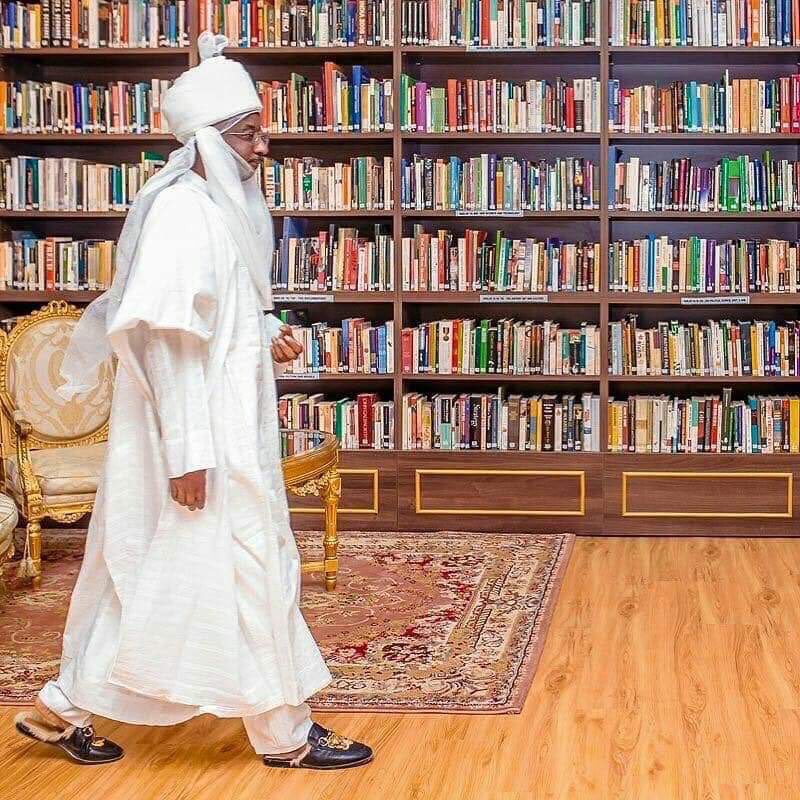 Emir Sanusi further emphasized on northern subjugation of other parts of the country in terms of jobs and employment opportunities in Nigeria. Read his words: “On the quotient system everybody talks about must have sunset close. You don’t need to ride on being from Kaduna State or being from the North or Muslim to get jobs.

We need to get our northern youths to a point where they don’t need to rely on being from a part of the country to get a job, if we don’t listen, there will be a day when there will be constitutional amendment that will address issue of quotient system and federal character. The rest of the country cannot be investing, educating their children, producing graduates and they can’t get jobs because they have come from a wrong state. When we have not invested in education for our own children.”

From all that have been said so far by Emir Sanusi, where did he go wrong ? Emir Sanusi is highly intelligent, straight forward and always anxious to restore normalcy to Norhern States. So, I don’t understand the offense Mr. Ganduje ( the king maker ) was trying to talk about that warrant the removal of Emir Sanusi!

Well, like I said earlier, one will always have something to lose for saying the truth. Now that Emir Sanusi has been removed, tell Ganduje to remain in power for life. What goes around, comes around, the power is always on rotation. Three things cannot be long hidden: the Sun, the Moon and the truth… Says Bhudda founder of Bhudism. Emir Sanusi remains a Legend