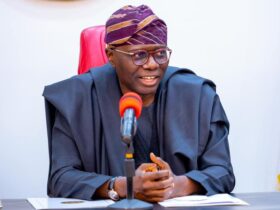 Magodo: What Sanwo-Olu should have done to the CSP – Ebun-Olu Adegboruwa

A former Deputy Governor of the Central Bank of Nigeria, Prof. Kingsley Moghalu, has described the CBN governor, Godwin Emeifele’s involvement in politics while in office as a massive breach of the CBN act.

He accused Emefiele of using public office to attain his personal interest, urging Nigerians not to reward such an act.

Moghalu who is also an aspirant under the African Democratic Congress spoke while picking up the expression of interest form at the party’s secretariat in Abuja on Tuesday.

He said, “I weep for this nation with the development at the CBN. It is deeply wrong to play politics while in office. It is a violation of ethics, morals and the law. What we are seeing is the privatisation of public office for personal gains.

“The CBN act is clear. Section (9) states that the CBN Governor and his Deputy should not engage in other employment or vocation. A vocation is something that could take up your time, it may not be a job, it may not be something you could put your hands on, but something that you have your mind and heart in apart from your duties. For the CBN Governor, his heart and mind are in politics up to the extent of going to a law court to seek support for his ambition.

“The individual in question has been monumentally incompetent and Nigerians should not support incompetence.”

The former CBN governor said Emefiele should be held responsible for the rising inflation in the country.

Moghalu said, “Inflation is a very serious issue. If you have high inflation in a sustained manner the way we have it, it is a performance failure of the CBN because the President does not manage inflation. Statutorily, it is the function of the CBN. And under the CBN act, CBN is supposed to be independent. When I was the deputy governor of CBN between 2009 and 2014, we were able to bring inflation from double-digit down to eight per cent before we left office. Now inflation is around 16 per cent.”

He stated that the ASUU strike would never happen if elected the president, adding that he would dedicate 20 per cent of the annual budget to education.

Moghalu also promised to embark on massive police reform and employ and increase the number of police in the country to one million.

He said to curb insecurity in the country, the manpower of the police must increase. 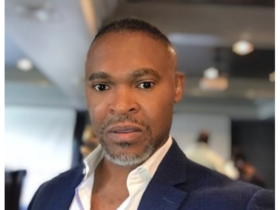 Taraba killings: Nigeria turning to valley of dry bones – CAN