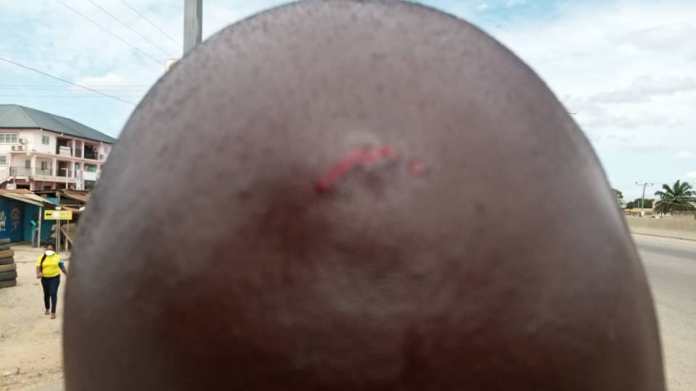 An Okada rider has allegedly wounded the Deputy Operation Commander in-charge of Kasoa Central Business District during an argument over social distancing rule.

Desmond Korankye, popularly known as ‘Two Cedi’, who operates in the Awutu Senya East District and his team went to the roadside to enforce the social distancing rule, thats where his head was bitten.

In the course of the duty, some motor riders confronted him to stop driving their passengers away and threatened to beat him up.

“Per the president’s directives, though partial lockdown has been lifted, rules of social distancing still apply so we the taskforce went to ensure the directives were adhered to.”

“Okada riders cannot load because their passengers are too close to them so I made efforts to approach them and explain how the system works,” he explained.

He added that, from nowhere, the suspect bit his head and blood started coming out. 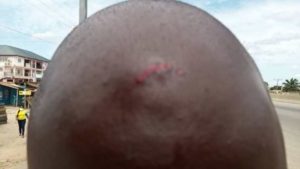 Meanwhile, the suspected Okada rider has been handed over to the police for the law to take its course.

MASS COMMUNICATION AND ITS UNIQUENESS

MASS COMMUNICATION AND ITS UNIQUENESS