A Nigerian lady has raised alarm that ‘girls are paying Taxify drivers with blow jobs and sex’, at Ibadan and another Twitter users think its true confirming from Lagos.

The lady, Ifeoma tweeted, “So I’ve heard from over 4 taxify drivers that girls hit on them a lot in this Ibadan. Especially the very cute drivers,”

She continued, tweeting that  some girls are giving out blow jobs and sex in exchange for free rides and that about 4 Taxify drivers have confirmed this, revealeing that Friday nights are usually when they get more of such. 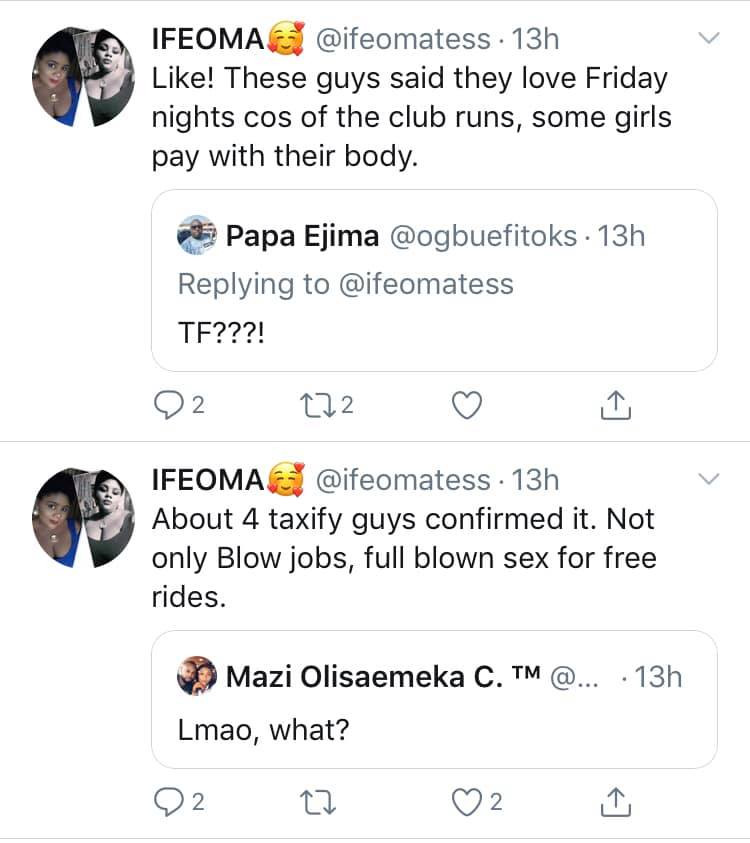 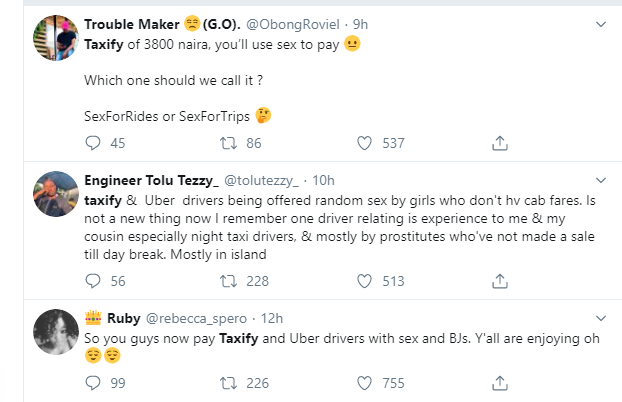 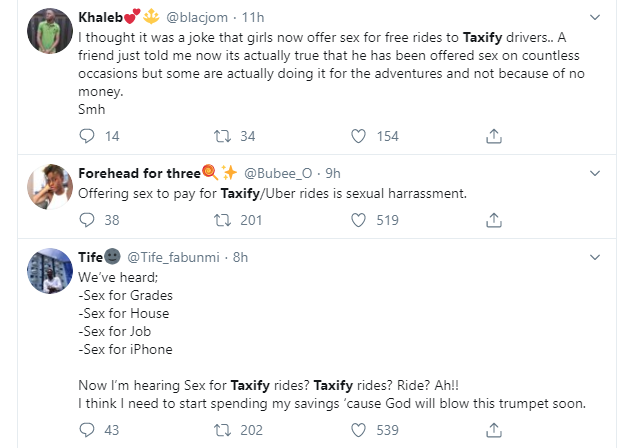 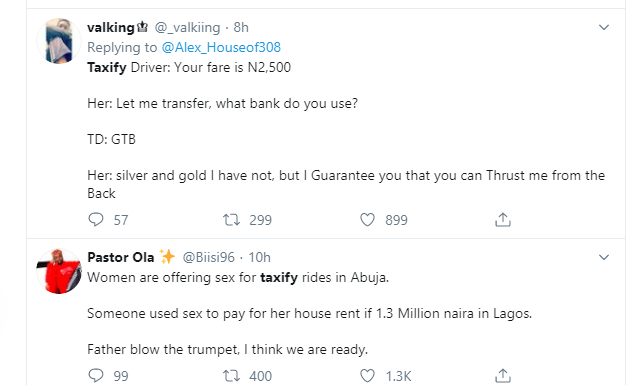 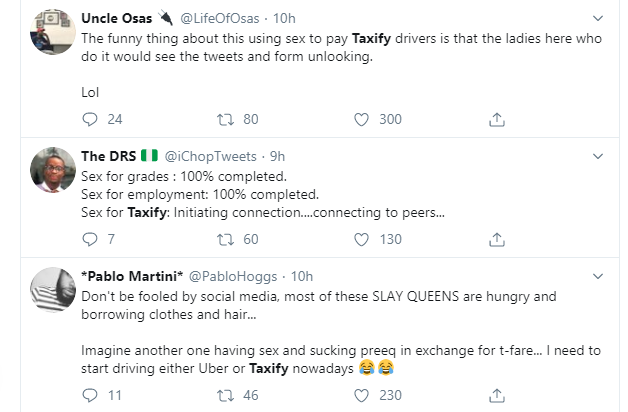 While another confirmed that of Lagos:

Nigerian Army and the alleged Termination of 12,000 pregnancies