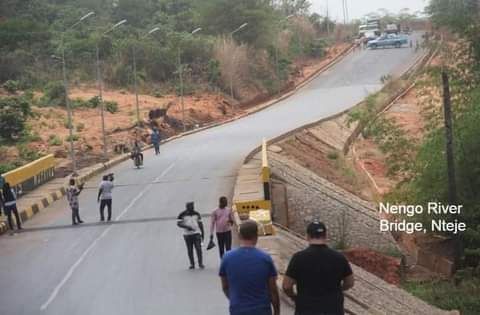 GIVE CREDIT TO GOVERNOR WILLIE OBIANO AND SHUN THE ILL POLITICS

When you follow the vituperation of the oppositions blinded with negativity, you may think nothing is happening in Anambra State – pay attention to their divisive and selfish Activism, you would think Anambra is not progressing, the oppositions are always irate and livid by the pace of development in the State and the Strides of the present APGA administration.

They sleep and wake up in the media dishing out the hate that engulfed their hearts and mindset; to them, the world only revolves around their mudslinging campaign and tea party attacks.

They have refused to calm down and follow the part that rewards and safe for the development of the State, they have equally sipped from the poisoned chalice, hence their appetite for chaos and destructive narratives to give the dog a bad name.

HE, Governor Willie Obiano for the much I know, is averse to praise singing reason he takes little glory for the many development he had brought to the State.

From Security – Education – Road Infrastructure – Urban Development – Housing Development – Job creation – Human capital development – Bridges – Agriculture – Capital projects and numerous others; Governor Willie Obiano has attracted, initiated and commissioned more projects than many of his counterparts in the country; the records are glaring but the irate oppositions will always chase shadows.

Anambra today is a city in transition and in massive competition to overthrow Lagos State as the Business hub and preferred destination for investment and hospitality in the country, these were achievable through the ingenuity of the present APGA administration in Agu Awka.

Governor Willie Obiano has constructed and rehabilitated about One Thousand Kilometers (1000 km) of Roads across the State mainly in rural areas which triggered the yearnings of ndị Anambra for more just like Oliver Twist.

The oppositions in Anambra State should be indebted to APGA and Willie Obiano for the vast development Anambra has witnessed and the projects of the Governor spread across the One Hundred and Eighty Communities of the State.

ANAMBRA FOR SALE & THE SUMMONS TO ALL GUBER ASPIRANTS