The Ogun State Governor, Prince Dapo Abiodun has commended officers and men of the Nigerian Army for the efforts at preserving the corporate existence of the country.

Prince Abiodun who gave the commendation when he received the General Officer Commanding (GOC), 81 Division of the Nigerian Army, Major General Godwin Umelo, who paid him a courtesy visit in his office at Oke-Mosan, Abeokuta, also applauded the Army for supporting other law enforcement agencies, to maintain peace in the State.

He said the unique location and as an industrial hub of the country, the State provides opportunity for employment and also a veritable ground for criminal activities, hence the need for the State to re-jig its security architecture. 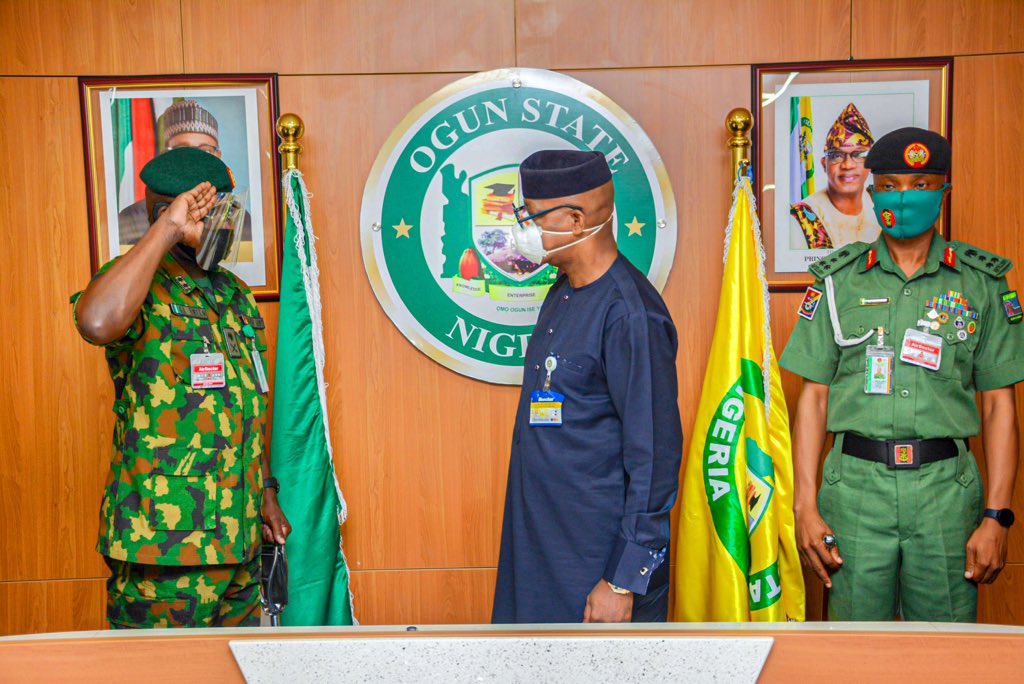 “We are the industrial capital of this country with lot of business and industrial concern all over the State. With that comes employment opportunities and crimes.

“We have procured 100 patrol vehicles and about 200 motorcycles, equipped with communication gadgets to allow our security agencies communicate effectively with each other during distress situations, anywhere in the State”, the Governor noted.

Prince Abiodun also acknowledged the support of the Army during the Covid-19 lock down, which assisted the government in containing the spread of the pandemic in the State, calling for more collaboration between the State and the Army. 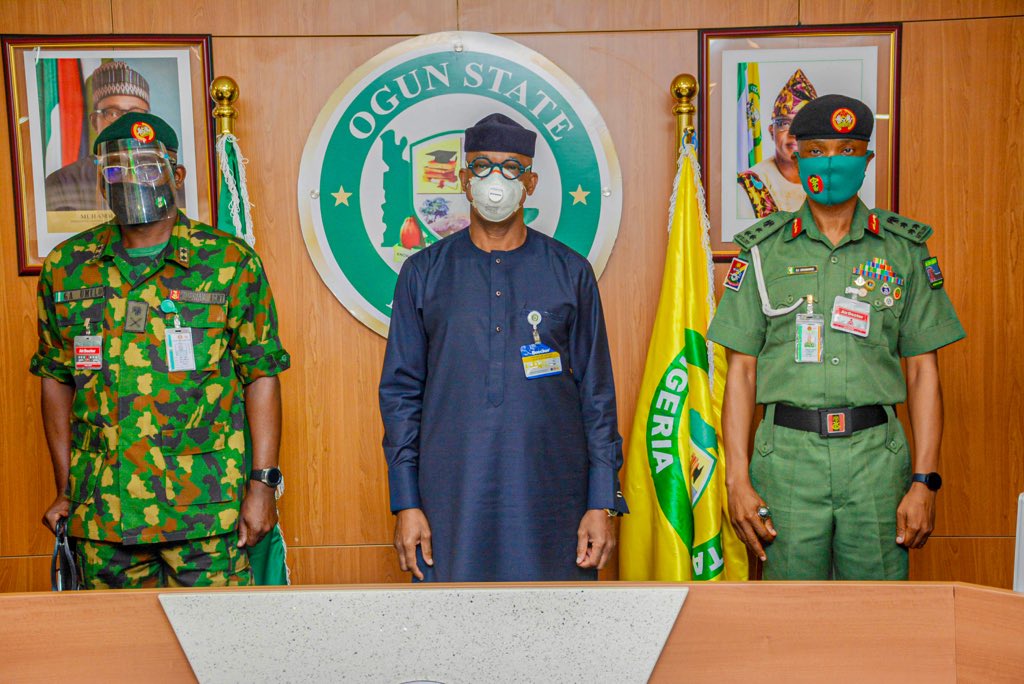 The Governor expressed worry over the State inability to fill its quota in the Army, which he attributed to lack of awareness, assuring that government do all within its power to ensure the people take advantage of the opportunity provided by the force.

Speaking earlier, Major General Umelo, said he was in the State to tour formations under his command, stressing the need for all hands to be deck to secure the society, “as security was a collective responsibility”. 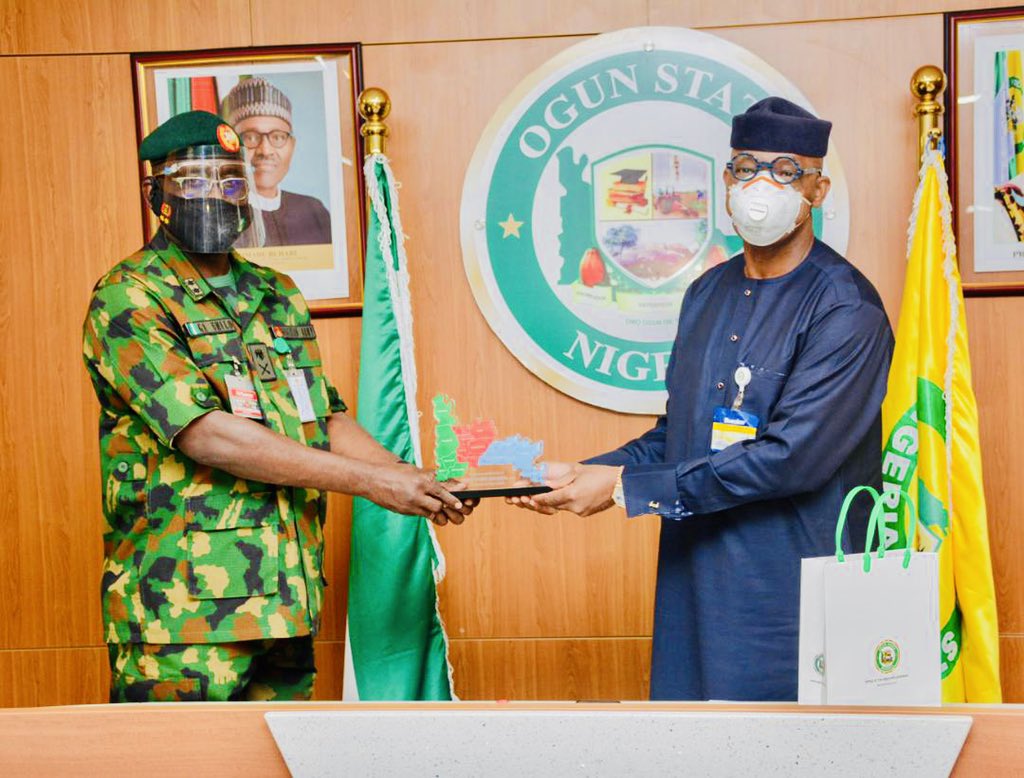 The GOC while outlining the role of security agencies in securing the nation, informed the Governor of the State inability to fill its quota in the Army, urged the government to step up action to encourage the people of the State to enlist in the force.

He was accompanied by the Commander of 35 Artillery Brigade, Alamala, Brig. Gen. Joseph Amadasun and other staff officers of formations under 81 Division. 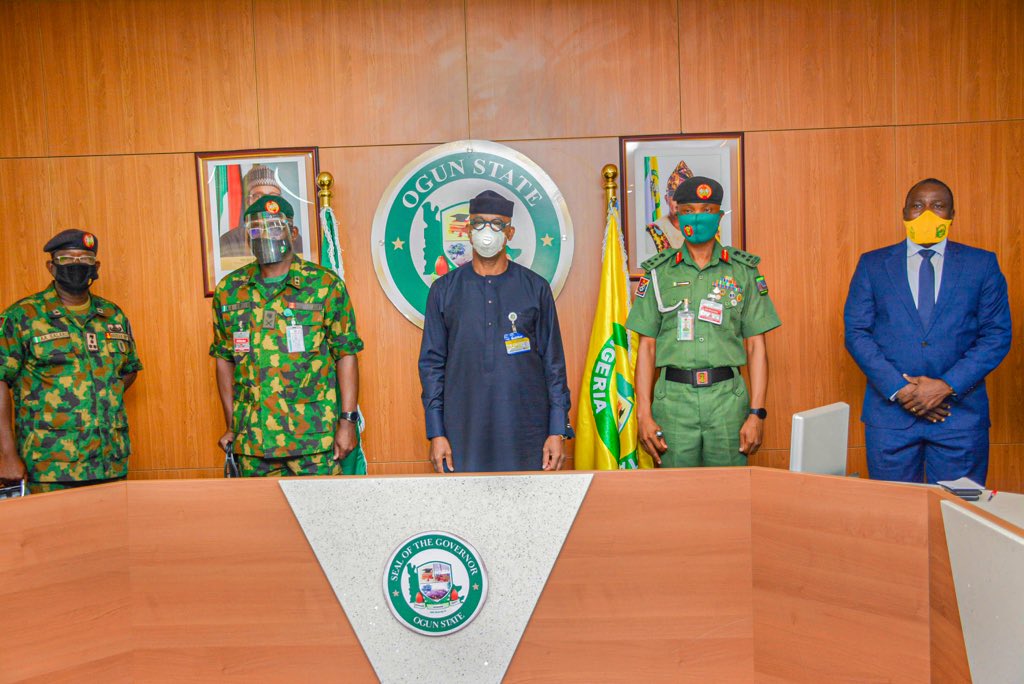