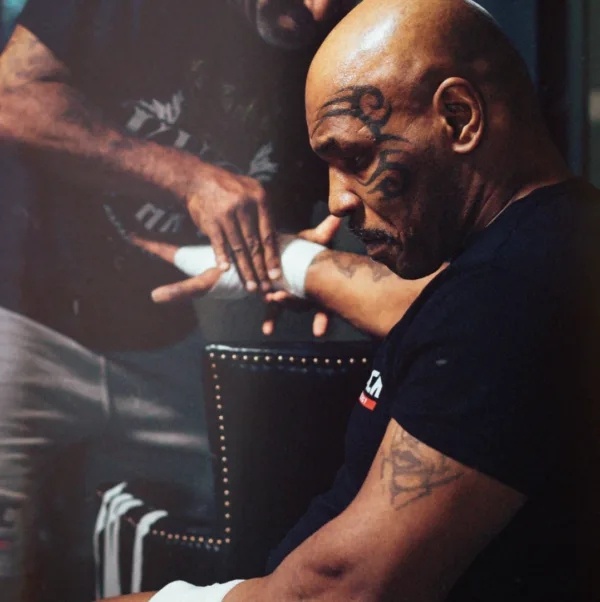 Former heavyweight Mike Tyson almost put them paws on a man who pulled a gun on him. TMZ reports the champ took a night off to attend a comedy show at a rooftop bar in Hollywood on Tuesday, March 22.

In a video, Tyson sits calmly at the table with friends before a man rudely disrupts a comedian’s set. Things go left when the man begins approaching Tyson saying, “I’m trying to upgrade my status. All I need is you. All I need is you.”

Eyewitnesses told TMZ the man had challenged Mike Tyson to a fight, but he would not engage. Afterward, patrons in the crowd began instructing the man to leave, which resulted in him pulling a gun from his waist. The video then cuts to the man boldly approaching Tyson’s table again, asking him not to call the police. Instead of giving the man grief for scaring the small crowd, the boxing legend embraced him with a hug.

According to TMZ, the man threatened to shoot the show host, but he never fired his weapon. The outlet also shared the video on Instagram, where commentators commended the boxing champ for keeping his composure.

One person noticed, “Mike didn’t flinch when he pulled the strap.” Another said, “Shiddddd, Mike ain’t move wasn’t bothered at all lol better leave mike alon[e].” A third said, “Always fear the calmest one in the room.”

Dozens questioned why the man would challenge Mike Tyson, of all boxers to a fight. Meanwhile, a handful attributed Tyson’s calm demeanor in the video to his hometown in Brooklyn, New York. “He from NY. Come on that’s nothing,” said one person.

Another added, “Man at peace with his life and [you] trying to bring the Brooklyn outta him smh. Humans the worse.”

Referencing the 1997 fight where Tyson bit off a piece of Evander Holyfield‘s ear, one individual wrote, “He should bite off a nose next.”