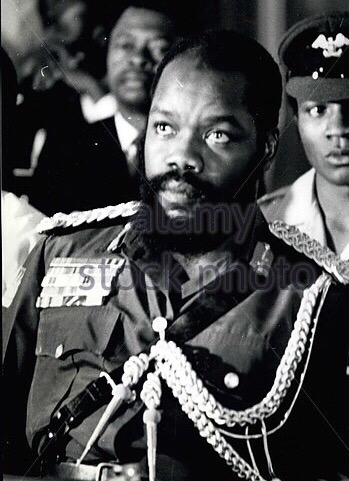 The Coalition of South East Youth Leaders (COSEYL) has said that the gap created by the death of Igbo leader Dim Chukwuemeka Odumegwu Ojukwu nine years ago is yet to be filled.

According to the group, Igbos, in the absence of the ex-Biafra leader, have been ‘scattered like sheep without a herder’ since his passing.

Responding to the reactions that have trailed the recent election of new leadership for the Ohanaeze Ndigbo, including the threat by the Indigenous Peoples of Biafra (IPOB) not to recognise the George Obiozor executive committee, COSEYL urged those against the emergence of the veteran diplomat as President-General of the Igbo organisation to try and realign their interest to be in tandem with Igbo interests.

A communiqué by COSEYL President-General, Goodluck Ibem and Secretary-General Kanice Igwe noted that such a move will boost the common pursuit of a collective Igbo agenda of economic and political resurgence, especially towards producing a Nigerian president of Igbo descent in the 2023 presidential election.

They urged the IPOB to key in to the goal of giving Igbos a common and collective voice that makes for consensus-building rather than each group speaking differently.

COSEYL also advised people to discountenance propaganda that a Fulani cabal foisted Obiozor on Igbos as Ohanaeze PG, noting that the Igbo people are republican and would have shunned any external influence in the election.

‘Ndigbo are a very respected and responsible tribe in Nigeria which would never accept a situation where anyone or group imposes a candidate on her to lead the apex socio-cultural group in the land.

‘All what we want and pray the IPOB to do at a time like this is to remember that since the exit of Dim Chukwuemeka Odumegwu Ojukwu, the Igbo have remained scattered like sheep without a herder.

All that is required now is for all to come together and work as one,’ COSEYL stated.