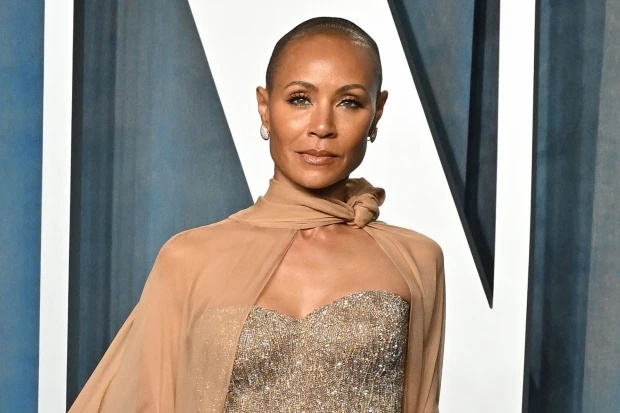 JADA Pinkett-Smith has finally broken her silence after her husband Will Smith shockingly slapped Chris Rock at the Oscars.

The actress struggles with alopecia and has kept her head shaven as a result.

Will Smith earlier released an apology in a bid for public forgiveness but Jada, 50, stayed silent. 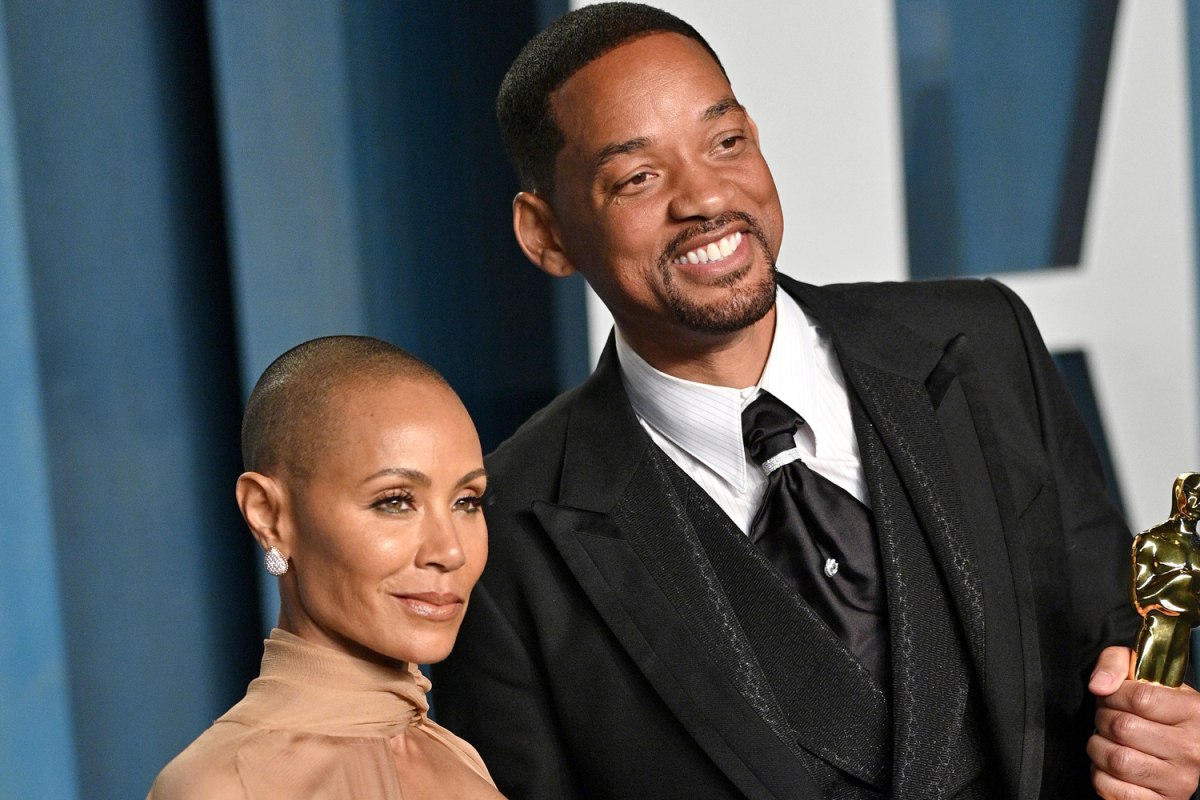 The Matrix star took to her Instagram feed to share a quote that alluded to the process of becoming whole again.

Text on a plain pink background, read: “This is a season for healing and I’m here for it.”

The mother of two limited fan comments on the post to prevent further controversy after the weekend debacle.

On Sunday, March 27, Will and comic Chris were involved in a physical altercation at the 94th Annual Academy Awards.

When the comedian took the stage at the Oscars, he made a joke about Jada.

“Jada, I love you, GI Jane 2, can’t wait to see it,” he said, referencing the actress’ shaved head.

Following his comment, the camera panned to Jada, who did not look pleased.

The Bad Boys actor then stood up from his seat and walked onto the stage, slapping Chris across the face.

The audio and video feed in the United States was cut for several seconds during the incident.

After the confrontation, Chris said to the crowd: “Will Smith just smacked the s**t out of me.”

In return, Will shouted from his seat: “Leave my wife’s name out of your f**king mouth.”

Jada revealed in 2018 she suffers from alopecia, a disease resulting in rapid hair loss.

Will took to his Instagram to issue a formal apology.

Violence in all of its forms is poisonous and destructive. My behavior at last night’s Academy Awards was unacceptable and inexcusable. Jokes at my expense are a part of the job, but a joke about Jada’s medical condition was too much for me to bear and I reacted emotionally.

I would like to publicly apologize to you, Chris. I was out of line and I was wrong. I am embarrassed and my actions were not indicative of the man I want to be. There is no place for violence in a world of love and kindness.

I am a work in progress. 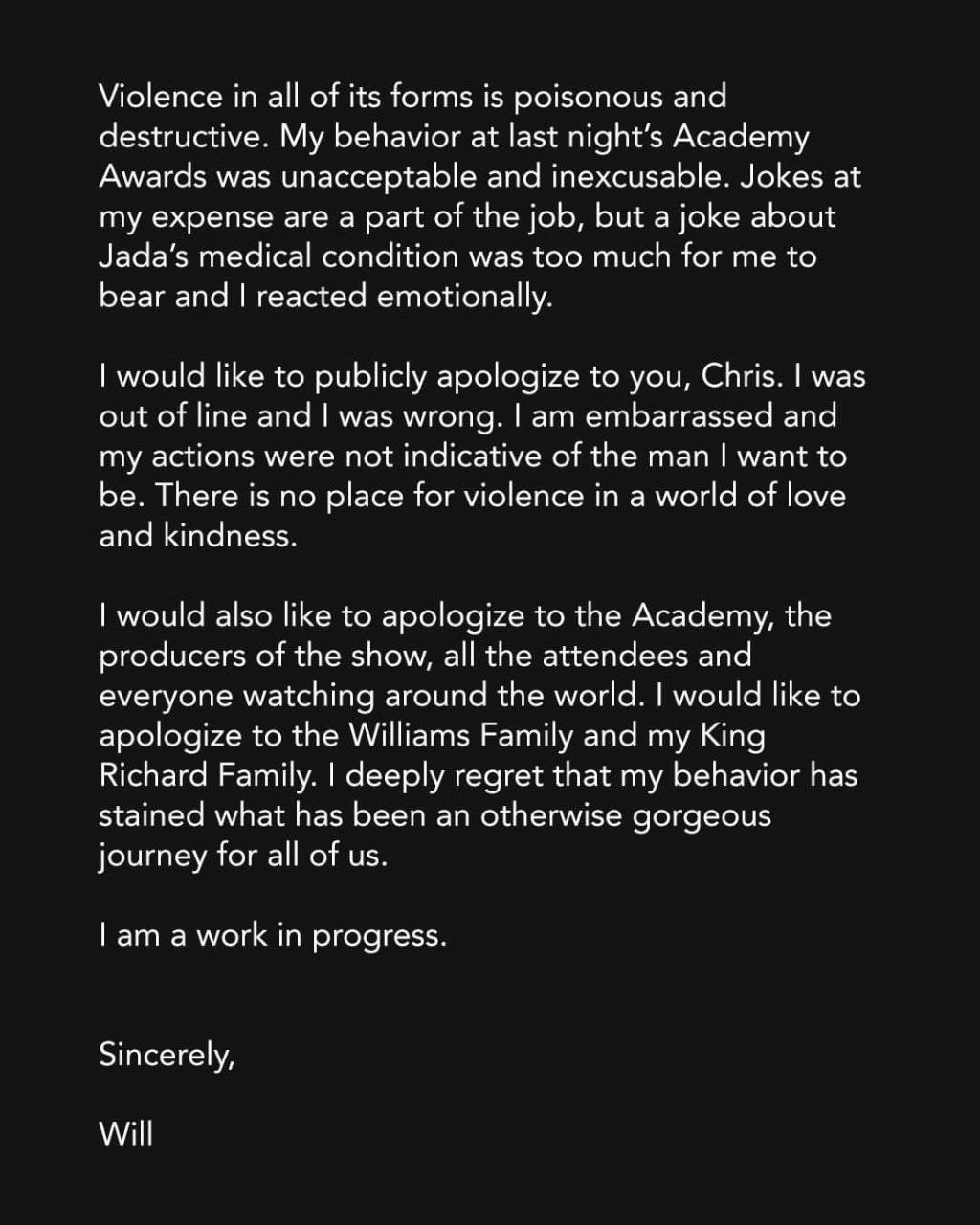