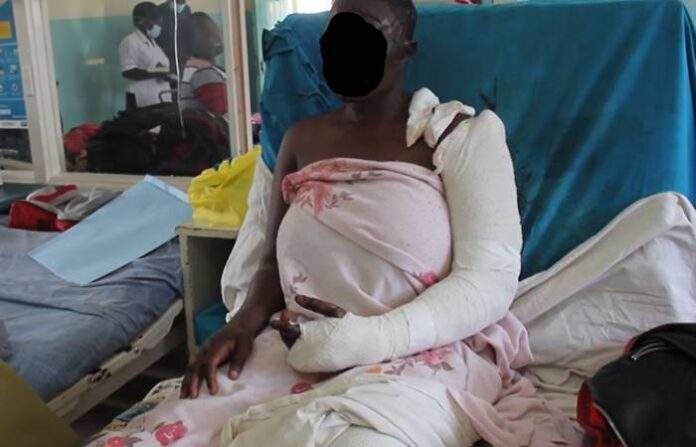 A 40-year-old woman from Misaro village in Siaya county, Kenya is nursing injuries at the Busia County Referral Hospital after her husband attacked her after she reportedly denied him conjugal rights.

The lady, Judith Anyago, claimed that she was forced to deny her husband conjugal rights because he is HIV-positive.

The lady also accused her husband of having extramarital affairs, particularly after discovering condoms and female undergarments that did not belong to her in his trouser.

Rose Kwena, the victim’s nurse, confirmed the ordeal, saying doctors are currently managing the patient well but will determine the extent of injuries after a CT scan.

While condemning the incident, Anyango’s brother-in-law Festo Onyango Odhiambo expressed disappointment in what his brother Jackton Opondo did, adding that they had scheduled a family meeting to resolve the squabbles between the couple.

The family is now pleading with law enforcement to find and apprehend the perpetrator, whom they describe as a dangerous man.