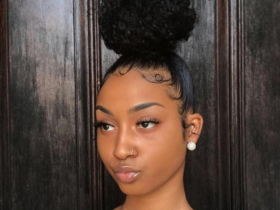 Bishop David Olaniyi Oyedepo founder of the Living Faith Church Worldwide have argued that money is not evil, adding that it is a misconception to say that money is evil.

He mentioned this in hiss series of Tweets on Thursday, 12th May.

”It is a gross misconception to say that money is evil. A careful look at 1 Tim 6:10 reveals that the LOVE of money is the root of all evil, not money itself.

He added that, ”To associate God with evil is blasphemous because everything He made in the beginning, was good. He does not harbour evil!”

Meanwhile, Bishop David Oyedepo has also called on Christians in Nigeria to be united.

The cleric made this call on Friday in Jos at the funeral of Rev. Isaac Oyebamiji, General Overseer, Chapel of Mercy.

According to Bishop Oyedepo, the progress of Nigerians depends on the unity and love of people of faith.

He further stated that the problems affecting the country can be defeated if Christians start speaking with one voice.

Oyedepo said, “It is high time Christians in Nigeria begin to speak with one voice.

“Nigeria is going through a lot because we refused to unite; we have refused to learn to live together.

“The unity of Christians is very important for the growth and development of this country.”

The cleric described the late Rev Oyebamiji as a man of God who lived well.

The founder of Living Faith Church Worldwide called on members of the late cleric’s family to hold on to the legacies Oyebamiji left behind.

Three Bible Verse that prove God cannot do Everything – Pastor

Oyedepo 2023: I consider being Nigeria’s President a demotion

Alaafin Adeyemi directed that all palace workers’ children must go to school – Kudefu, 37, who fanned the monarch