NNPC Tanker Bursts Into Flames At Obalende – – On Friday, 1st May, a tanker belonging to the NNPC was said to have tipped over before bursting into flames in front of the Oando filling station, Obalende, Lagos.

The incident which started around 5:30pm has claimed the life of one person and injured several others.

Responding to the disaster, the General Manager, Lagos State Emergency Management Agency, Dr Olufemi Oke-Osanyintolu, who confirmed the development, said the 45, 000-litre capacity tanker loaded with petrol caught fire after fallen on its side in from of the filling station. 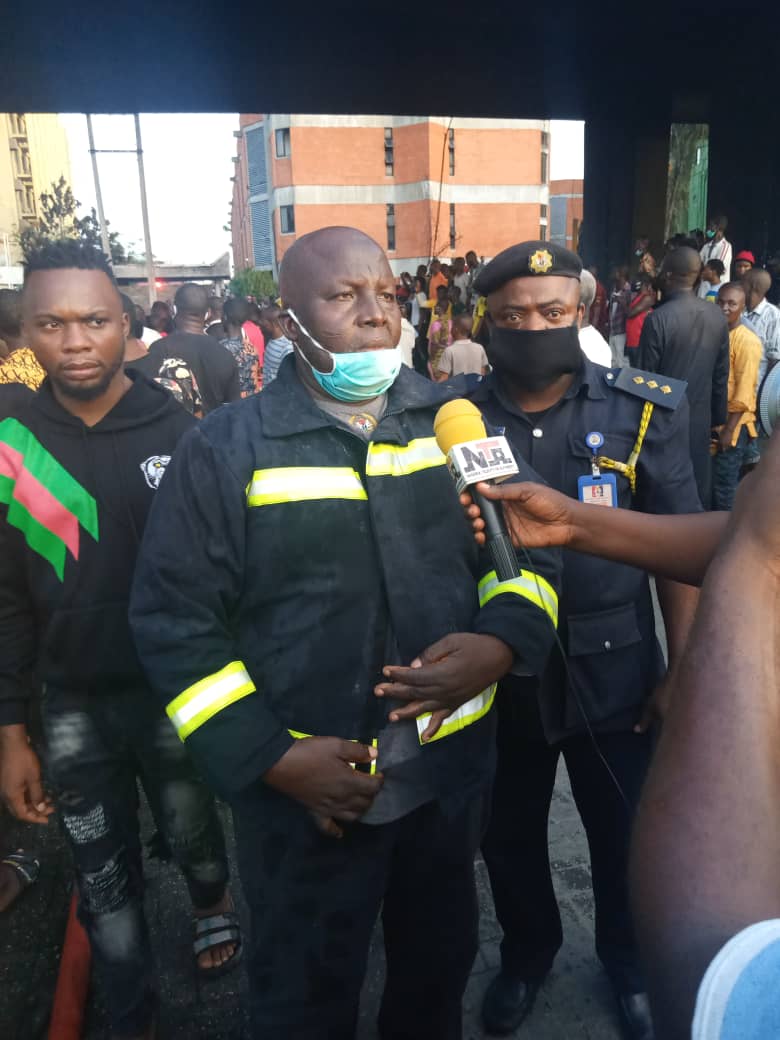 He said after the LASEMA got the distress call about the fire, officials from the agency were dispatched to the scene where they along with men of the Lagos State Fire Service and the Federal Fire Service fought and brought the fire under control.

“Unfortunately, the inferno has resulted in a single fatality, 15 minor casualties, and one major casualty, who happens to be a Lagos State Firefighter. He has been subsequently transferred to the Lagos State General Hospital for treatment while the minor casualties received on the scene medical attention,” he said.

“We appeal for calm and urge members of the public to keep away and allow the responders to complete their work.”

The Nigerian National Petroleum Corporation (NNPC) on Friday also commiserated with families of the victims.

In a statement signed by NNPC spokesman, Kennie Obateru, the corporation said it wished all those that sustained injuries in the incident quick recovery.

The corporation explained that all the injured from the incident had been rushed to the hospital while further investigation is on to determine the accident’s cause.

In its statement, the corporation “expressed appreciation to the good-spirited people of Lagos around the scene of the incident and fire service personnel who brought the fire under control.”

Meanwhile, for fire outbreak anywhere in Lagos, this still remains the numbers to call –

While 767 still remains the general emergency number for Lagos State.

Watch how a surviver of the explosion fared below.