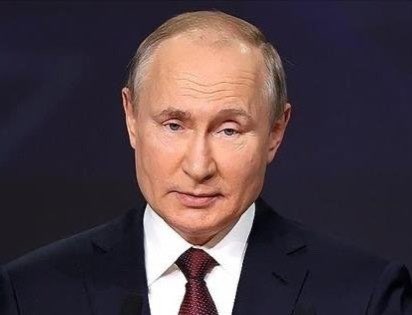 Russian Government have declared that unlike the west promoted propaganda, that no one is thinking about using or even nurturing the idea of using a nuclear weapon.

Vladimir Putin, the Russian President on Thursday signed a decree saying foreign buyers must pay in roubles for Russian gas from Friday, April 1.

This is even as he warned that contracts would be halted if the payments were not made in the preferred currency, Reuters reports.

Putin said, “In order to purchase Russian natural gas, they must open rouble accounts in Russian banks. It is from these accounts that payments will be made for gas delivered starting from tomorrow.

“If such payments are not made, we will consider this a default on the part of buyers, with all the ensuing consequences. Nobody sells us anything for free, and we are not going to do charity either – that is, existing contracts will be stopped.”

Meanwhile, European nations have rejected the ultimatum and Berlin said it amounted to “blackmail.”

Russia supplies about a third of Europe’s gas, so energy is the most powerful lever at Putin’s disposal as he tries to hit back against sweeping Western sanctions over his invasion of Ukraine.

On February 24, Russian troops invaded Ukraine following a directive by President Vladimir Putin for what he described as a special military operation in the Donbas region.

France’s economy minister said France and Germany were preparing for a possible scenario that Russian gas flows could be halted – something that would plunge Europe into a full-blown energy crisis.

An order signed by Putin set out a mechanism for buyers to transfer foreign currency to a special account at a Russian bank, which would then send roubles back to the foreign buyer to make payment for the gas.

He said the switch was meant to strengthen Russia’s sovereignty, and it would stick to its obligations on all contracts.

Meanwhile, Dmitry Peskov, Vladimir Putin’s chief spokesman and deputy chief of staff, is accusing the United States and other Western countries of “leading a war against us” when it comes to trade and the economy.

He made the remark during an interview Monday with PBS special correspondent Ryan Chilcote. Putin has said he wants European countries to pay for their gas from Russia in rubles, rather than dollars and euros, and Chilcote asked if they will turn off the supply if his demand isn’t met. “Well, it depends,” Peskov responded. “No payment, no gas.” Russia, he said, has to “adapt ourselves to meet conditions. And, unfortunately, those conditions, they are quite unfriendly. And they are enemy, enemy-like for us.”

His country has now “entered the phase, the phase of total war,” he continued. “And we in Russia, we will feel ourselves amongst war, because Western European countries, United States, Canada, Australia, they actually … they are leading war against us in trade, in economy, in seizing our properties, in seizing our funds, in blocking our financial relations. And we have to adapt ourselves to new reality.”

Russia has been saying for decades that it does not want NATO to move eastwards, Peskov said, and the country is afraid “of NATO getting closer to our borders with its military infrastructure. Please take care of that. Don’t push us into the corner. No.”

Peskov was asked about Russia deploying nuclear weapons, and after being pressed several times by Chilcote, he finally said, “No one is thinking about using, about — even about the idea of using a nuclear weapon.” He also called it “alarming” that President Biden said Putin can’t remain in power, declaring it “a personal insult.” Biden said he is not advocating for regime change, but Peskov still found the statement “completely unacceptable,” saying it is the “people of Russia who are deciding during the election” who will be president. Several Western countries and analysts say that under Putin, Russian elections are not free or fair.