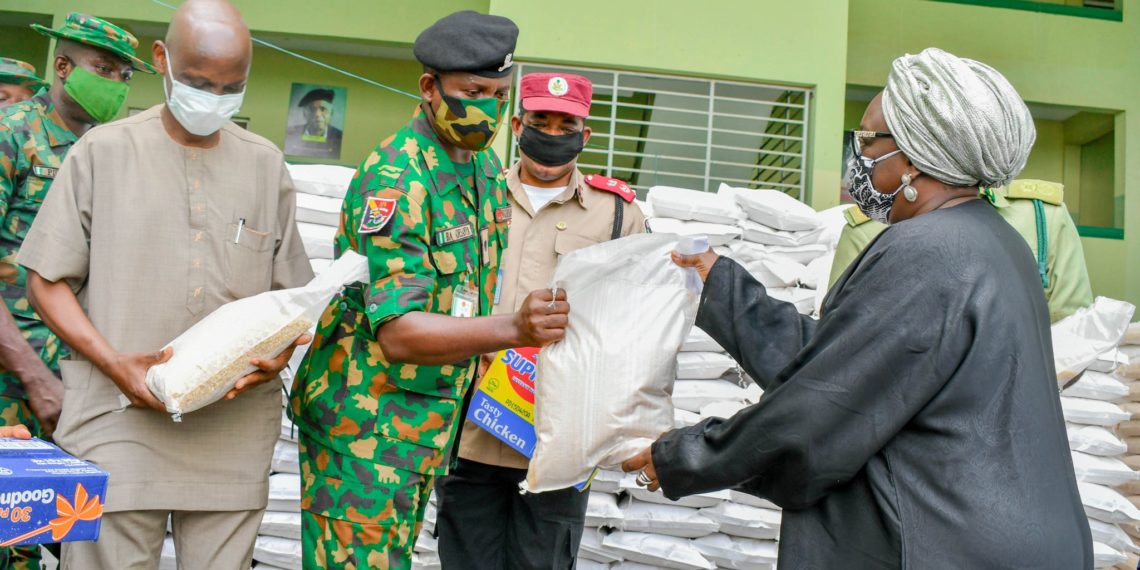 Ogun State Security Personnel: As part of efforts to appreciate the role being played by security personnel during the lockdown in Ogun State as well as mitigate its economic effects on their families, the Ogun State Government has donated some food items to officers across all security outfits operating in the State.

According to the Deputy Governor, Noimot Salako-Oyedele, while donating the food items on behalf of the State Government, the security personnel “are also family men and women who have to deal with not only the job or career, but also support their families at all times.” 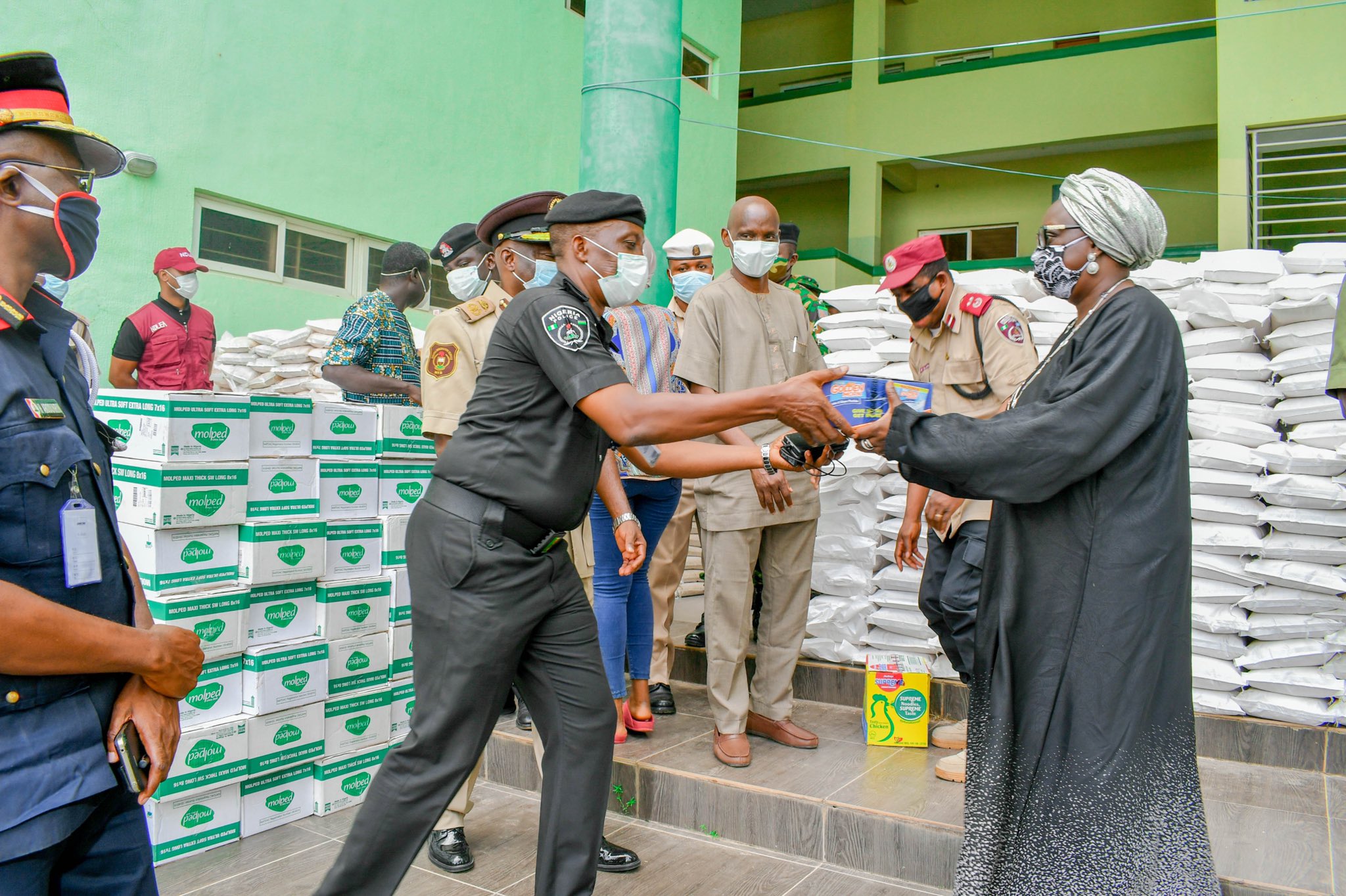 Noimot also added that the security forces in the State are partners in the development agenda of the State.

She said that immediately the lockdown became inevitable, the Governor had a meeting with all security chiefs to determine how best to manage the situation in the State, adding that within the period of lockdown, the State has had incidences in security which were professionally managed by the security forces. 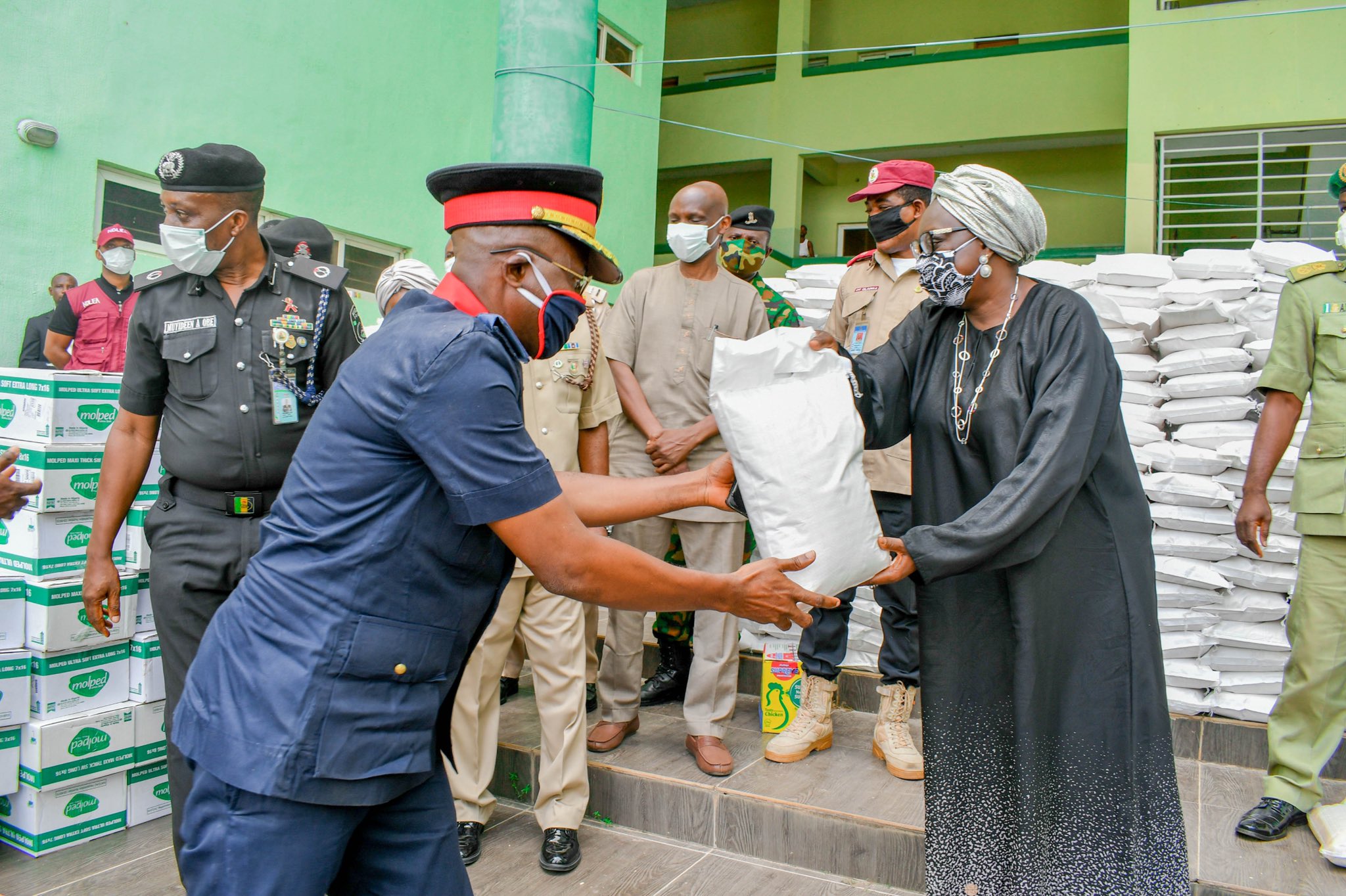 ‘’At the beginning, we gave them some cash to be able to support their officers who were on special assignment. But today, we are giving them (palliative) food items to support them as well.”

“We have here about 15 different agencies, represented: the Police, Army, Customs, Immigration, TRACE, NDLEA, Civil Defence, DSS, So-Safe and others. So this is an all-encompassing relief package,” the Deputy Governor said. 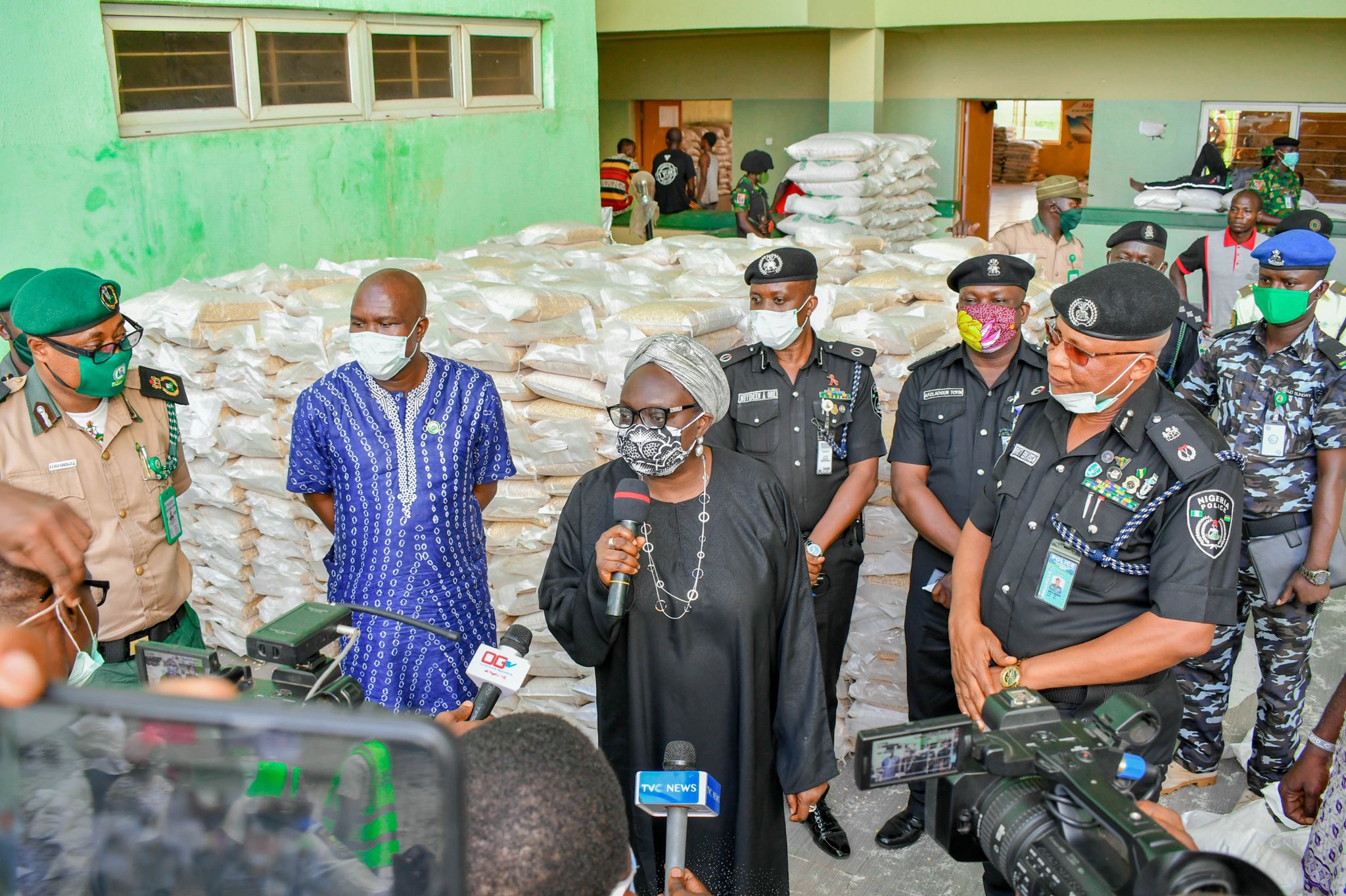 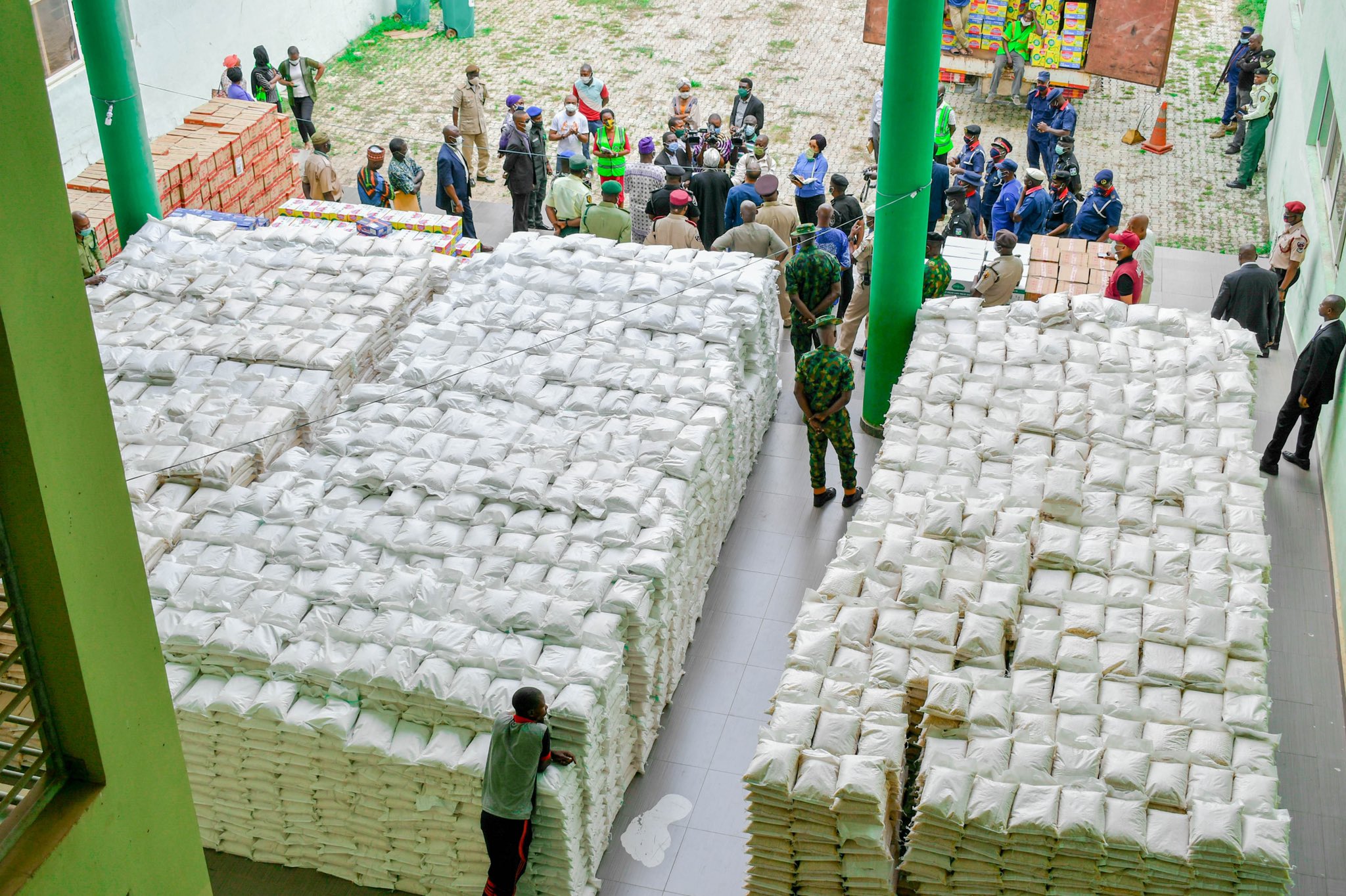 In his welcome address, the Special Adviser to Governor Dapo Abiodun on Security, AIG Olusola Subair (Rtd) said the State Government was passionate about the welfare of officers of security agencies, noting that the relief materials were extended to them as a show of appreciation.

The Commissioner of Police in the State, Mr Kenneth Ebrimson commended the State Governor, Prince Dapo Abiodun for finding the security agencies worthy of such relief materials that are sure to go round all agencies, units and officers. 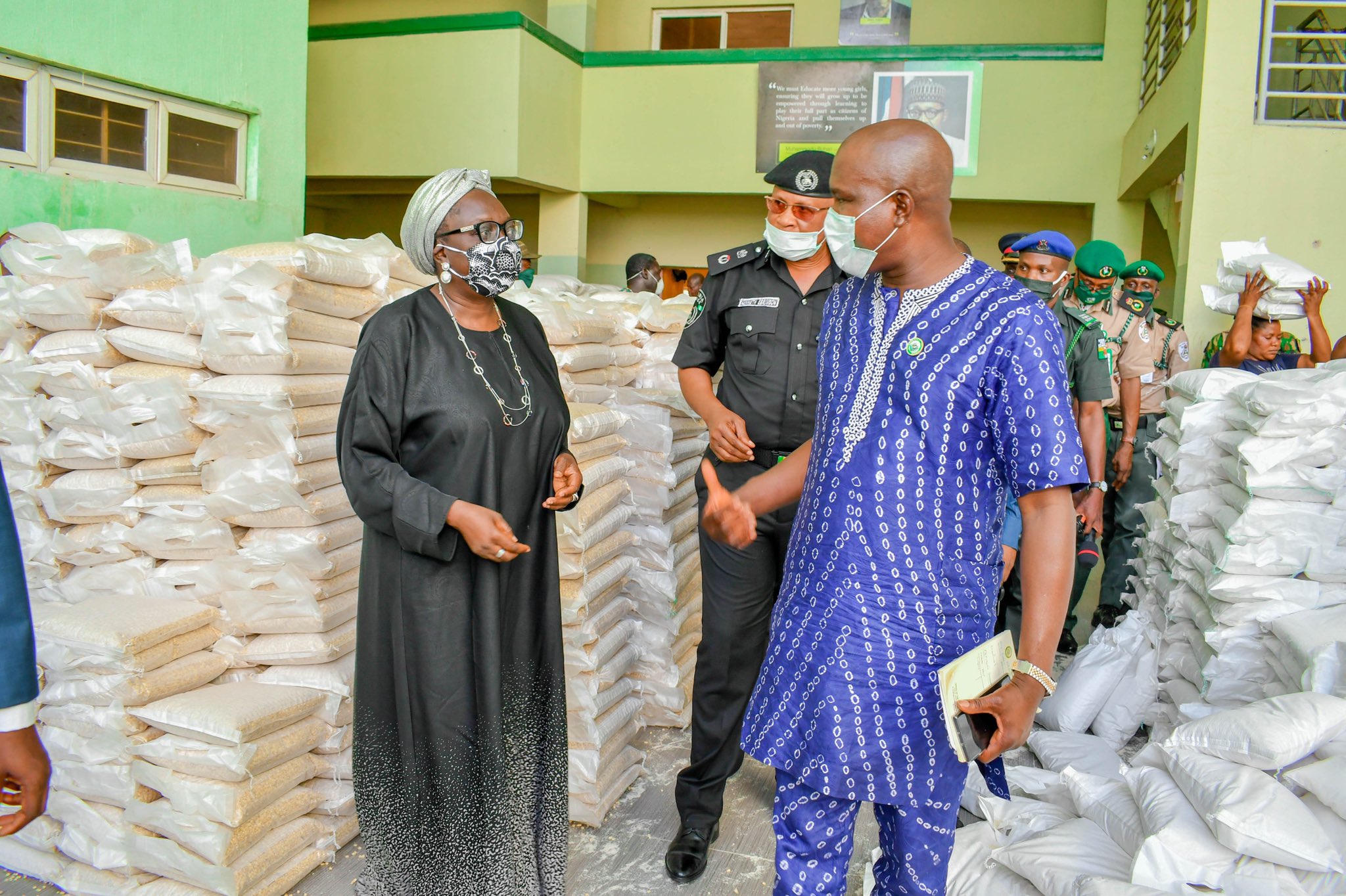 Giving a vote of thanks on behalf of security chiefs and agencies in the State, the State Commandant, National Security and Civil Defence Corp (NSCDC), Mr Ahmed Abodunrin, appreciated the State Government for being people-friendly, noting that the palliative measures would aid them to redouble efforts towards ensuring the safety of lives and property of the residents.

He then assured the Government of continued committment to excellent security service delivery. 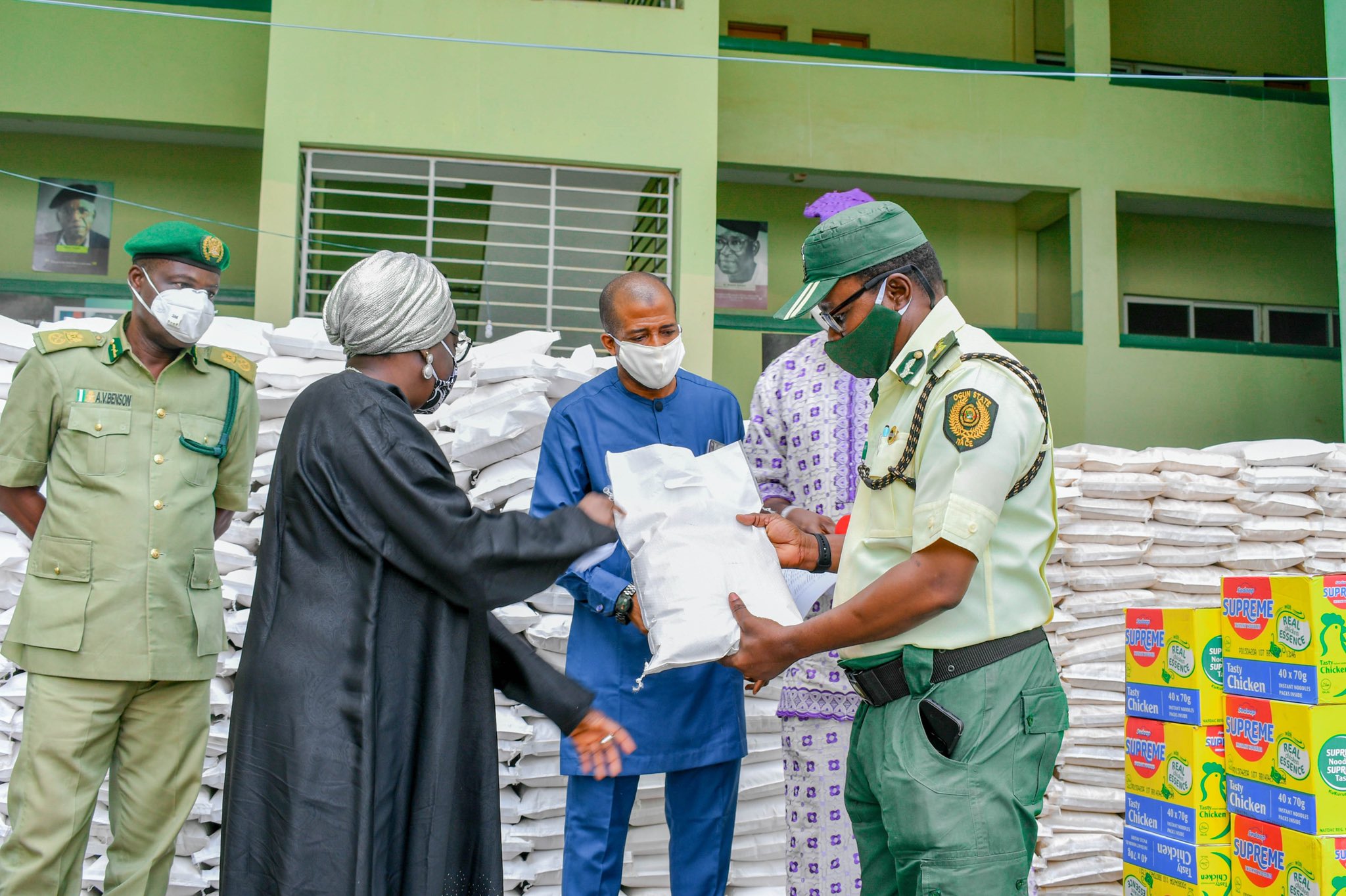 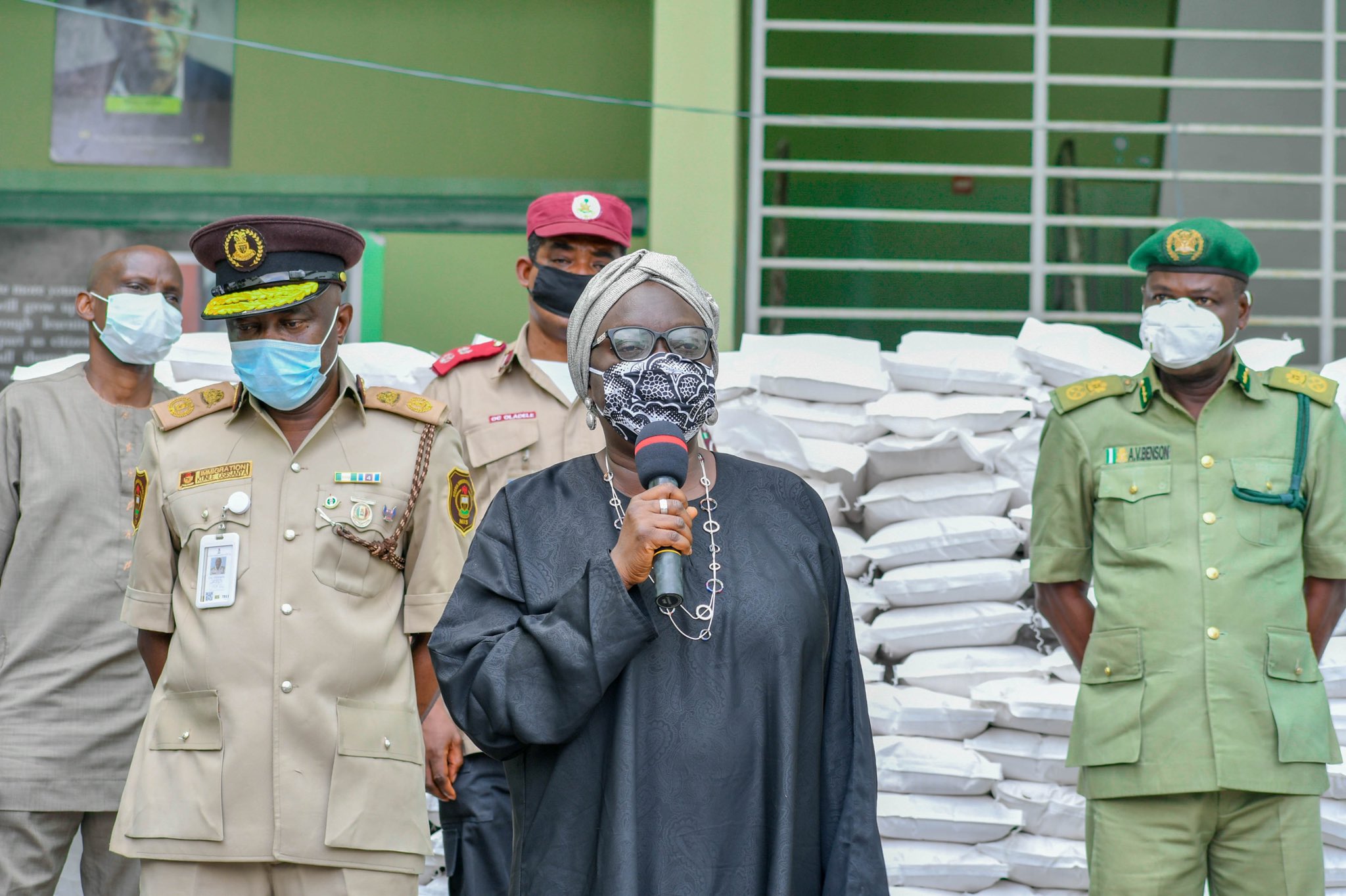