Usain Bolt, a retired eight-time Olympic gold medalist took to social media on Tuesday to introduce his first child to the world, revealing that she is called Olympia Lightning Bolt. 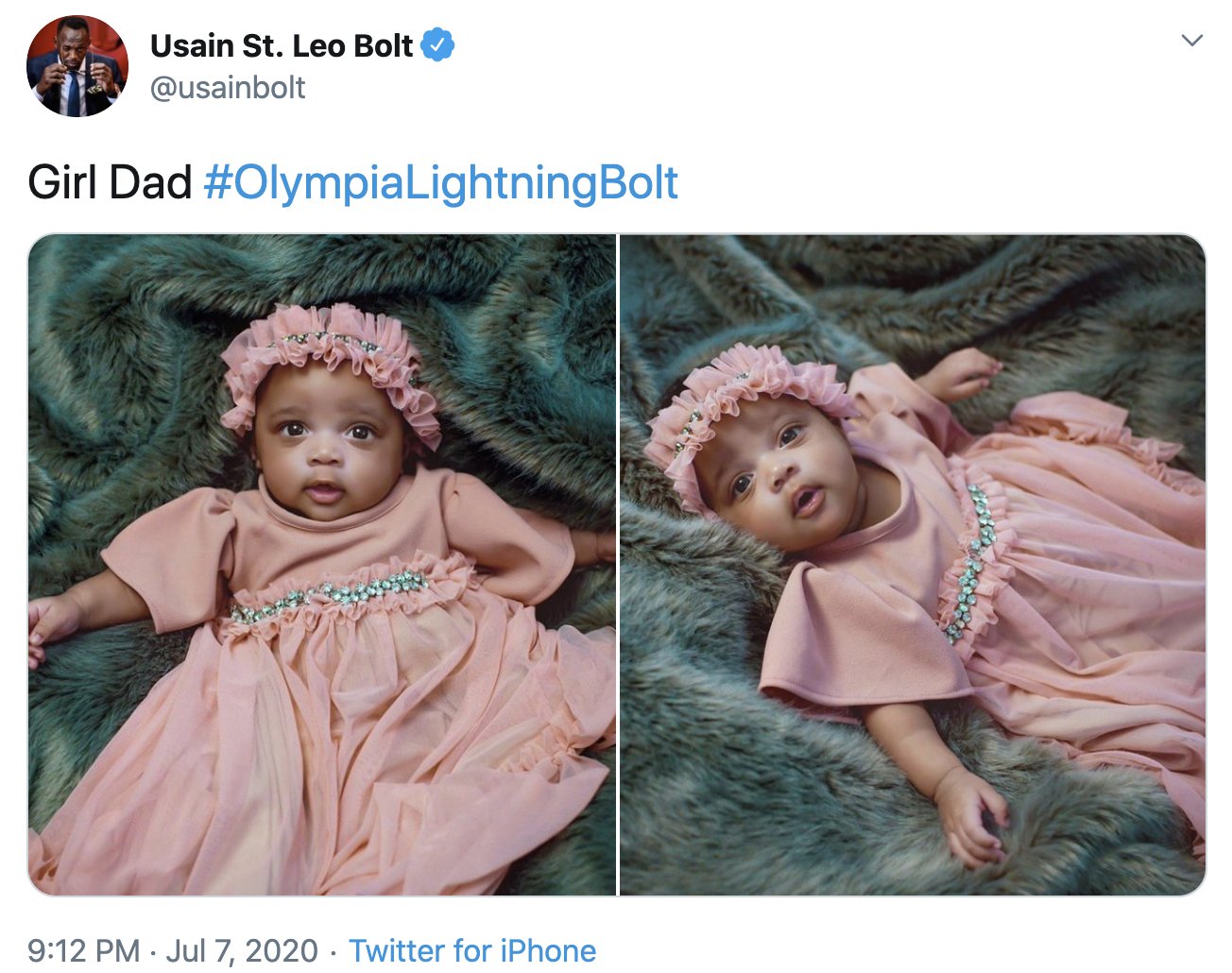 The 33-year-old Jamaican athlete shared a series of pictures of his baby girl as he celebrated his longtime girlfriend Kasi Bennett’s birthday, saying they have “started a new chapter together.”

“I want to wish my gf @kasi__b a happy birthday. I get to spend ur special day with u. I want nothing but happiness for u & will continue to doing my best keeping a smile on ur face,” he wrote.

“We have started a new chapter together with our daughter Olympia Lightning Bolt.”

In the adorable shots, Olympia wears a pink dress and matching tulle headband as she gazes up at the camera.

Other photos show Bennett wearing a golden gown, cradling their bundle of joy, who is in a matching outfit.

The proud dad added that he was looking forward to what the “future will bring” and vowed to be “the ROCK for this family.”

The baby’s middle name, Lightning, is also fitting for a child whose father is hailed as the world’s fastest person and has been nicknamed “Lightning Bolt.”

Bolt, who retired from athletics after the 2017 World Championships in London following a hamstring injury, holds world records in the 100 meters, 200 meters, and 4 x 100-meter relay.

News of baby Bolt first broke in May, when Jamaican Prime Minister Andrew Holness congratulated the couple on social media.

“Congratulations to our sprint legend Usain Bolt and Kasi Bennett on the arrival of their baby girl!” Holness wrote alongside a photo of Bolt.