Ondo Herdsmen: We voted Buhari to protect us not to destroy us – Dojumo 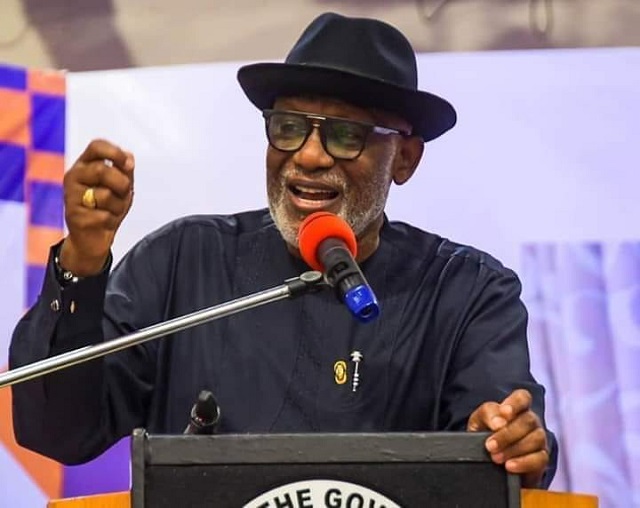 Herdsmen VS Ondo State – – We voted Buhari to protect us not to destroy us says Gov. Rotimi Akeredolu’s Senior Special Assistant on Security Matters, Jimoh Dojumo, as talks get hotter.

Governor Rotimi Akeredolu on Monday ordered herdsmen in the state to stop grazing their cattle in the city, highways and at night. But the presidency, in its reaction to Mr Akeredolu’s order, faulted the seven days ultimatum.

He said the state government had a meeting with the leadership of the herdsmen in the state on how to check activities of armed herdsmen kidnapping and killing people in the state.

“We voted for him before he became the president and he is there to protect us not to destroy us.

“This situation is embarrassing, disturbing even to the fact that our Amotekun Corps is overstressed and the best thing is to look for a way out which led to the invitation of Fulani and Hausa leaders four days ago where we rubbed minds together to address this issues of insecurity.

“We discovered during the meeting that most of the destruction of farmers’ crops occurred at night time based on night grazing, then the Governor banned it.”

Mr Dojumo also raised the issue of under-aged herders – mostly aged seven or eight – who he said lead over 200 cows to destroy farmlands.

He cited an incident at Arimogija in Ose Local Government Area of the state, where herdsmen allegedly uprooted the cassava tubers of a particular farmer and gathered it for their cows to feed on.

He said the herdsmen shot at the farmer and his sons when confronted during the act.

According to him, anyone who wants to do anything within the forest reserves, which belong to the state government, should get a permit before doing so.

“It is very unfortunate that we found ourselves in this situation because all along we have been addressing this issues. We have written to them, invited and dialogued with them, meeting their leaders,” he said.

“Even there was a time we held some workshop with them where the National President of Miyetti Allah was invited to Ondo State just to find a way of addressing this problem and we agreed on some points.

“He even promised us that this thing will stop, but we discovered that these issues are increasing. Many people have been killed and kidnapped, one of our first class traditional rulers was recently killed by these Fulani herdsmen on his way back to his domain. All these are callous.”

Garba Shehu Attachment to Herdsmen
The presidential spokesman, Garba Shehu, had earlier reacted to the ultimatum by Mr Akeredolu, saying it was unconstitutional.

He said the governor, being a senior lawyer and a former president of the Nigerian Bar Association should have known the position of the law in respect to his ultimatum and should have been cautious.

He had said the governor should have had a dialogue with the herders rather than associating the herders with criminality.

But the Ondo State Commissioner for Information, Donald Ojogo, replied Mr Shehu, accusing him of being emotionally attached to the herdsmen.

“Mr Shehu’s statement is a brazen display of emotional attachments and it’s very inimical to the corporate existence of Nigeria,” he said.

Afenifere, the Yoruba socio-political group and other youth groups in the South-west, have also joined the fray condemning the reaction from the presidency.