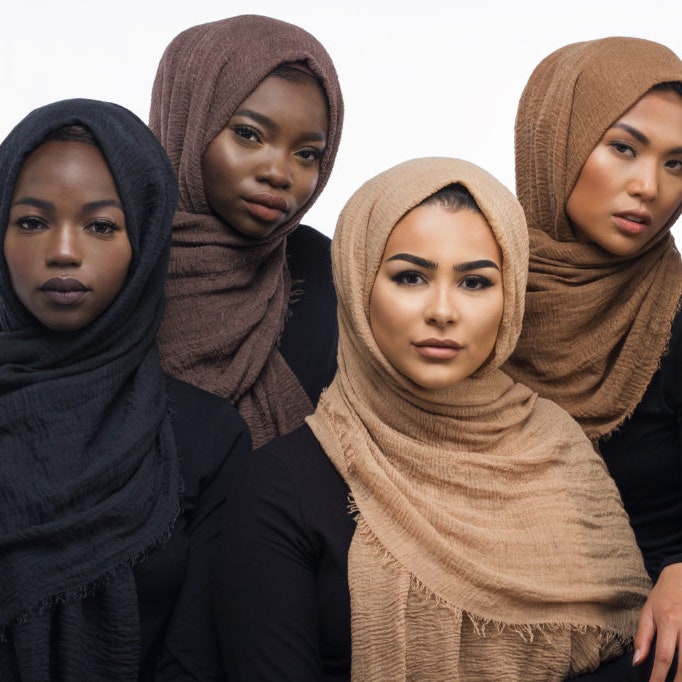 They singled out government agencies including National Identity Management Commission (NIMC) and Joint Admissions and Matriculation Board (JAMB), schools, as well as private organisations among the culprits.

Addressing reporters on behalf of the organisations, the convener of Hijab Rights Advocacy Initiative (HRAI), Hajia Mutiat Orolu-Balogun, urged government to ensure that those denying Muslim women their rights are punished.

She said: “We have also recorded several cases where Muslim women in hijab are denied entry at public services such as NIMC registration, UTME and even banks located in facilities owned by the church. Our daughters have had to take off their hijab in order to write UTME or even collect their ATM cards.

“We urge Mr President, governors, National Assembly, State Houses of Assembly, the Judiciary and all regulatory authorities to uphold the provisions of the constitution and other relevant laws, to ensure that hijab-wearing Muslims are not harassed and discriminated against.

“We enjoin regulatory authorities to sensitise their workers and agents on the rights of fellow citizens as guaranteed by the constitution and other regulations to forestall further conflicts in future.”

Nasrul-lahi-li Fathi Society of Nigeria (NASFAT) Women Affairs Secretary Alhaja Suwebat Kupolati advised government to compel regulatory authorities and corporate bodies to stop their officials from discriminating against hijab-wearing women and refusing them services because of the hijab.

Alhaja Kupolati described as uncivilised the act of telling Muslim students to choose between their faith and education.

National Council of Muslim Youths Organisation (NACOMYO) Lagos State, Amirah Hajia Hafsat Shidi called for Hijabophobia to be completely obliterated from the society as it affects the social, economic and political development of the country.

Guild of Muslim Professionals (GMP) Board of Trustee member Hajia Jelila AbdulHameed said: “The cases of hijab harassment have not stopped despite Muslims being law-abiding by going to the court to regain our rights. Our expectation is that the government will be more interested in peace by ensuring that the rights of Muslim students and women are not denied as enshrined in the constitution.”

To The Criterion Lagos Amirah Alhaja Dhikrat Matesun-Oshodi, “the question we should ask is does the wearing of hijab by a Muslim woman pose a threat to public safety, public order, public morality or public health? It is clearly not! Does it infringe on the rights and freedom of other persons? It does not! Then, why should there be an issue over what I’m wearing when I do not force it on you?”

She said: “Bigots stare Muslim women in the face, at schools, malls, workplace, even public places such as hospitals, data capturing/registration centres. Despite the challenges, Muslim women are optimistic that social media has given them a platform to voice their discontent. By commemorating the World Hijab Day, we are looking forward to building bridges of understanding, awareness and education about hijab.”

Hajia Majokodunmi lamented that despite the Appeal Court’s ruling granting the use of hijab in the state, many state actors were harassing and intimidating Muslim students in schools.

“Since schools resumed after the COVID-19 break, many of our students have been harassed and intimidated for using hijab. For instance, at Technical School, Ikorodu, the principal has erroneously ruled that no student should use hijab. Also, at Stadium Senior High School, Surulere, authorities have illegally refused to allow students wear their hijab,” she said.

Hajia Qudrat Ogunmuyiwa representing Federation of Muslim Women Association of Nigeria (FOMWAN) Lagos Amirah, Dr Halimah Egberongbe, appealed to corporate organisations to set prejudice aside and allow women to participate in their chosen careers without fear of being pulled back, victimised, or abused based on their choice of attire.

Hajia Ogunmuyiwa said: “The hijab does no harm to anyone, it is only logical that Muslims are allowed their fundamental rights to religion. It is unfair to deny people willing to cover their nudity and do nothing to those who shamefully expose their bodies online and on the streets.”

Mrs Muslimah Kosoko from Lagos Secretariat Muslim Community Central Mosque said: “The narrative that if the hijab is allowed, the adherents of other faiths would also want to wear their religious garb does not and should not prevent Muslim women from wearing their hijab. It is also important to emphasise that it is compulsory for a Muslim woman to wear hijab any time she is to step outside her house or in the presence of those that are not close family members. The hijab is worn everywhere and every time by the Muslim woman, at work, play even during her wedding and when she dies, she is buried wearing one.

“From what is observed in our society, other religious garbs are worn specifically during a religious ceremony like the choir robe in church, the white garments by Aladura churches and even the Ihram worn by Muslim men during Hajj. These garments are not worn day to day by the adherents of these faiths. And if they so desire to wear them everyday and everywhere, the constitution backs them up.”