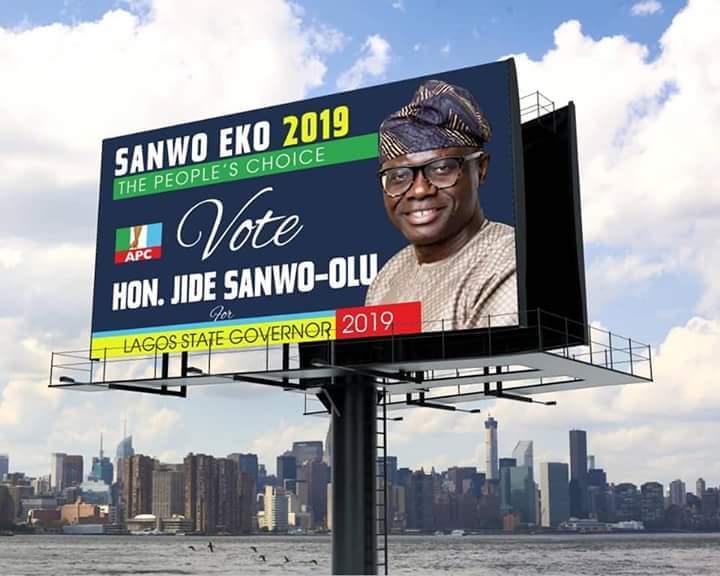 The battle for Governorship candidate continues in the APC, you must recall after all the drama that the major contenders are now the incumbent governor, Akinwunmi Ambode and Babajide Sanwo-Olu.

While speaking to some APC members in a gathering, the governorship candidate, Babajide Sanwo-Olu promise to restore the glory of Lagos state if elected.

“If elected, I shall immediately embark on the full restoration of the glory of Lagos and make you the people the cornerstone of government revamp the environment that has become a cause of serious anxiety to Lagosians and relieve Lagos of the persistent gridlocks that have made our lives brutish and nasty.

“Our government’s focal point shall be to provide the greatest good for the greatest number of the people of Lagos State.

Sanwo-Olu has also promised to take the party into a new dimension and improving the party manifesto.

“I have invited you here today to join me in the journey to take Lagos State to a new dimension by transforming the manifesto of our party to the programme of action. I am sending a clarion call to our party members, men and women, youth and the elderly, that there is a lot of work to be done to achieve the Lagos of our dreams.

“I present myself as a capable, competent and tested hand to make Lagos greater.

“I declare that, I,  Babajide Olusola Sanwo-olu shall be a true party man in the real definition of the word by running an inclusive government according to the ideology of the APC and the long-term benefits of the great citizens of Lagos State. Loyalty is the currency of politics. I shall be loyal to the people of Lagos State, the organs and the leadership of the…”

Banks to pay N10,000 for failed reversal of Customers money within 24 hours.