This came after an explosion involving two fuel laden tankers occurred on the Kara Bridge along the Lagos-Ibadan Express Way.

The Lagos State Sector Commander of FRSC, Olusegun Ogungbemide, made the announcement in a statement on Sunday in Lagos.

“Following the unfortunate crash that involved three fuel tankers and one other trailer that were engulfed in inferno in the early hours of the day, FRSC operatives immediately mobilised and invited fire servicemen to extinguish the fire.”

“The situation, expectedly, impaired traffic situation around the scene of the fire outbreak and beyond.”

“This affected motorists, especially those driving out of Lagos.” 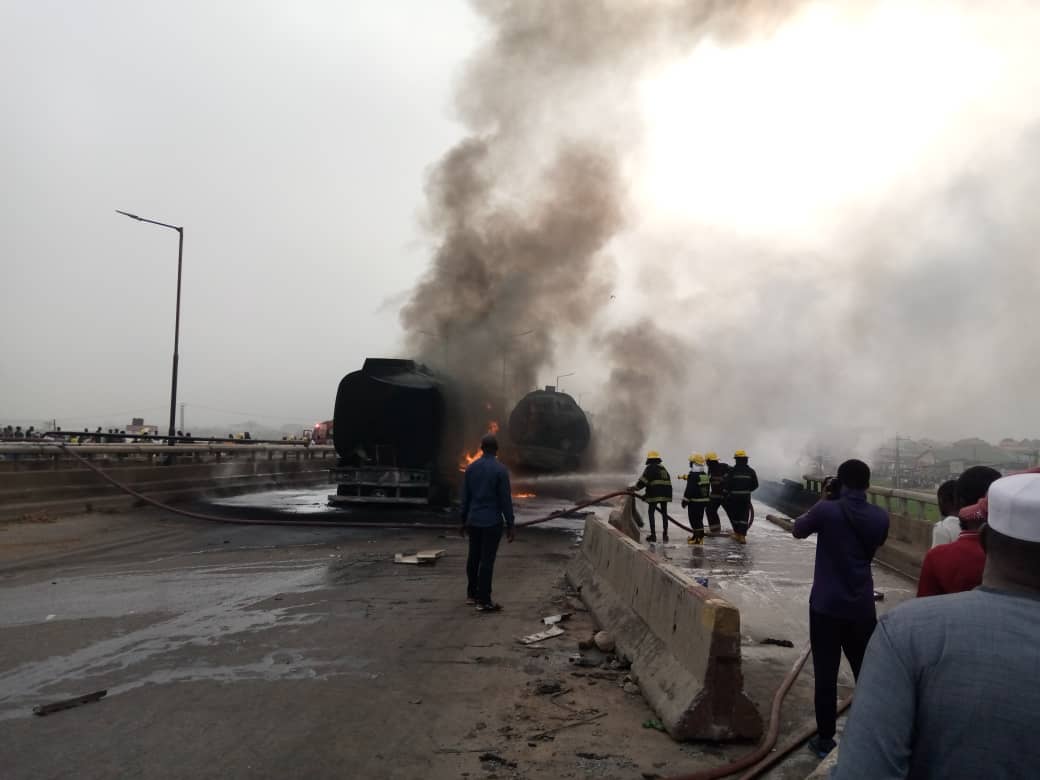 “To cushion the effect on the road users, FRSC temporarily diverted traffic between New Garage and the end of Kara bridge to allow a counter-flow for Ibadan bound traffic to use a lane from the Lagos bound section of the expressway.”

“FRSC hereby admonished motorists using the temporary lane to obey instructions from traffic officials around the scene of the crash and urged them to drive with caution,’’ Ogungbemide said.

According to him, while the burning fire is being extinguished and officials are waiting to clear up the wreckages off the road, motorists who are not close to the scene are advised to explore alternative routes. 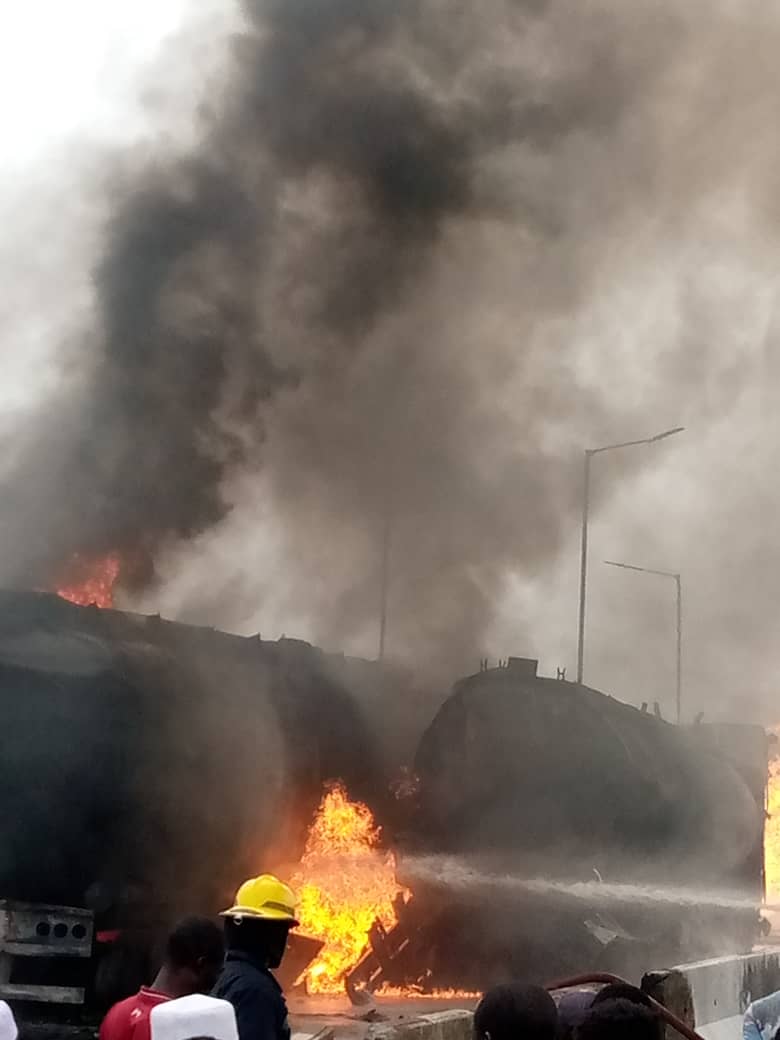 “Those travelling from Ibadan may turn at Sagamu interchange and use Abeokuta to Lagos through Sango Otta, Abule Egba, Iyana-Ipaja.”

“People travelling out of Lagos may also use the above route and travellers from Lagos Island can explore Victoria Island, Ajah to Ijebu Ode to continue their journey.” 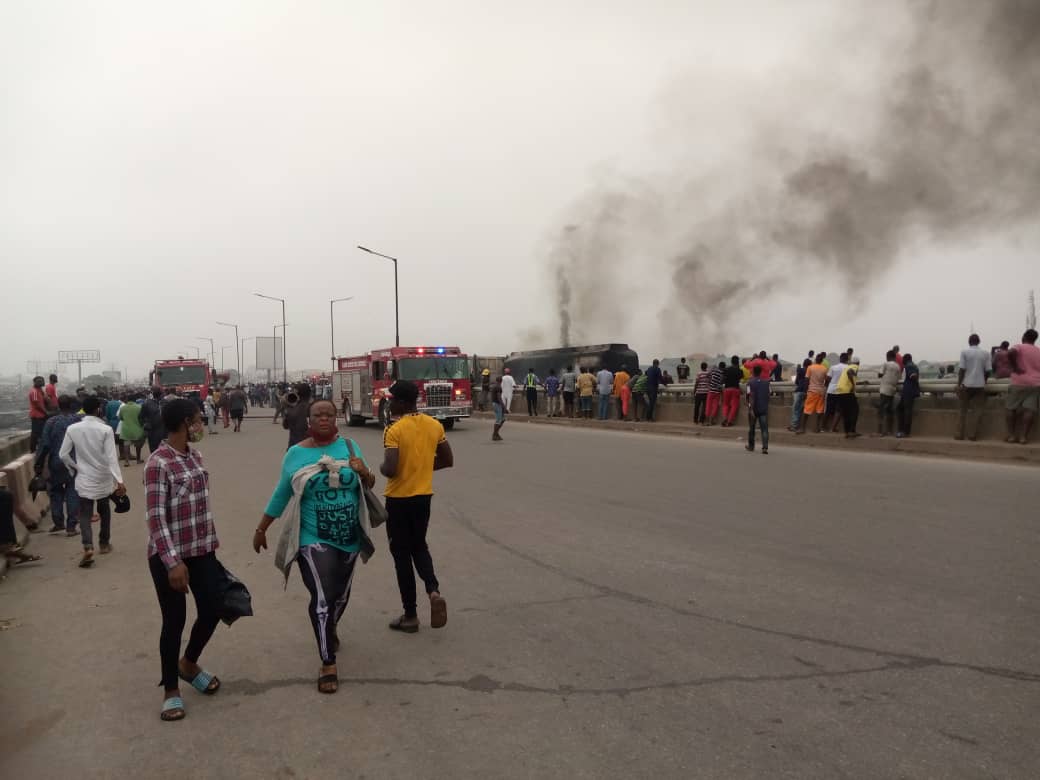 “However, motorists around Mowe, Ibafo entering into Lagos or vice-versa using the temporary lane should please drive with extreme caution.”

The sector commander, who urged motorists to drive with care, said that FRSC wished everyone safe journeys to their various destinations. 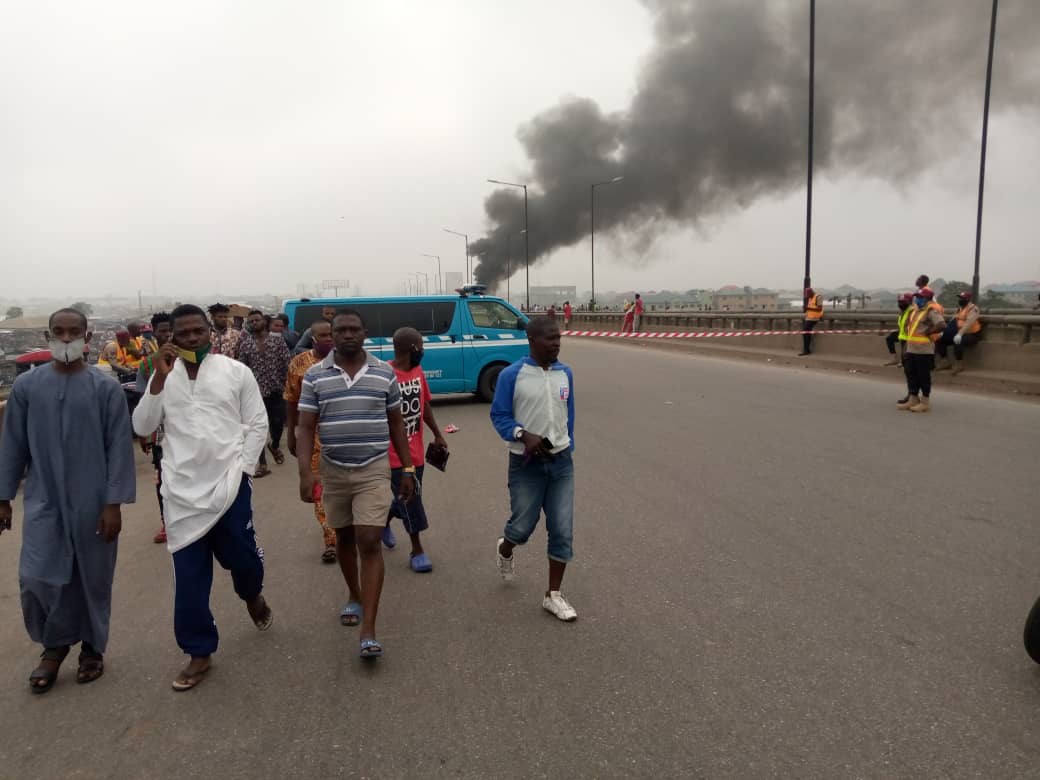 Following the unfortunate crash that involved two tankers conveying petroleoum products that engulfed in inferno on the Kara Bridge along the Lagos – Ibadan Expressway on the outward Lagos section of the Expressway on Sunday 21 June 2020.

FRSC operatives mobilized promptly to the scene for rescue operations.

Fire Service were equally invited to extinguish the inferno .

The inferno has already affected three Tankers and a trailer.

The situation is affecting movement inward Berger Arrival into Kara Bridge at the moment.

The FRSC is admonishing motorists who have reasons to use the road should seek alternative for now to allow the personnel of Fire Service on ground to extinguish the fire.

The rescue operation is still ongoing and an updated version of the travel advisory will be sent later.

Alternative routes recommended for those moving out of Lagos this morning can use the Victoria Island by Ajah to Ijebu Ode to continue their journey.

The Lagos-Abeokuta Expressway to the Sagamu Interchange is another alternative that motorists can use at the moment.

The FRSC Sector Commander, Lagos State Command, Olusegun Ogungbemide, has empathised with the motoring public especially those on essential duties and assured that the FRSC operatives would remain at the scene till normalcy is restored.

The Sector Commander, advises operators of vehicles used for transporting highly inflamable petroleum products should operate them in strict conformity with safety and operation standards prescribed by the 1957 United Nations Agreement Concerning the International Carriage of Dangereous Goods by Road (ADR), which Nigeria acceded to as a Contracting Party .