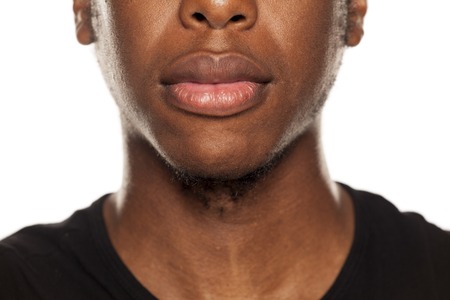 A mild drama took place on Tuesday in court when a police prosecutor asked a magistrate for a stiff punishment on a tenant for allegedly biting off his landlord’s lip for asking for money meant for his rent.

The tenant, Ernest Ekeh, was charged with assault and breach of peace before an Ejigbo Chief Magistrate Court, Lagos.

The prosecutor, Kenneth Asibor, said the tenant had before the attack, threatened to deal with his landlord, Matthew Kunle, if he dare to show face at his door post over the issue of rent payment.

The police said the incident which occurred at Igando area of Lagos was reported to the police at Igando Division by the landlord.

“My Lord, the accused, who was visibly angry at the sight of his landlord, grabbed him by his shirt, rained down blows on him before biting off his lower lip.

“He doesn’t deserve to be freed. I urge you to hand down a stiff punishment to serve as a deterrent to other tenants who may want to take laws into their own hands,” he said.

The policeman told the court that the tenant and his landlord had been having issues over payment of rent and decided to use the outbreak of COVID-19 and the lockdown as an excuse.

He said the landlord threatened to eject the tenant, which got the tenant angry.

The assault was reported to the Police at Igando Division and the suspect was arrested. He was subsequently charged before the Magistrate Court sitting in Ejigbo, Lagos.

The accused however pleaded not guilty.

The prosecutor, Supol Kenneth Asibor, then asked the court to give a date for hearing to enable the police to prove that the defendant actually committed the alleged offence.

The Presiding Magistrate, Mr. E.O. Ogunkanmi, granted Eke bail in the sum of N50, 000 with two sureties in like sum.