THE HENNESSY VS CLASS SEASON VI RADIO SHOW HAS STARTED 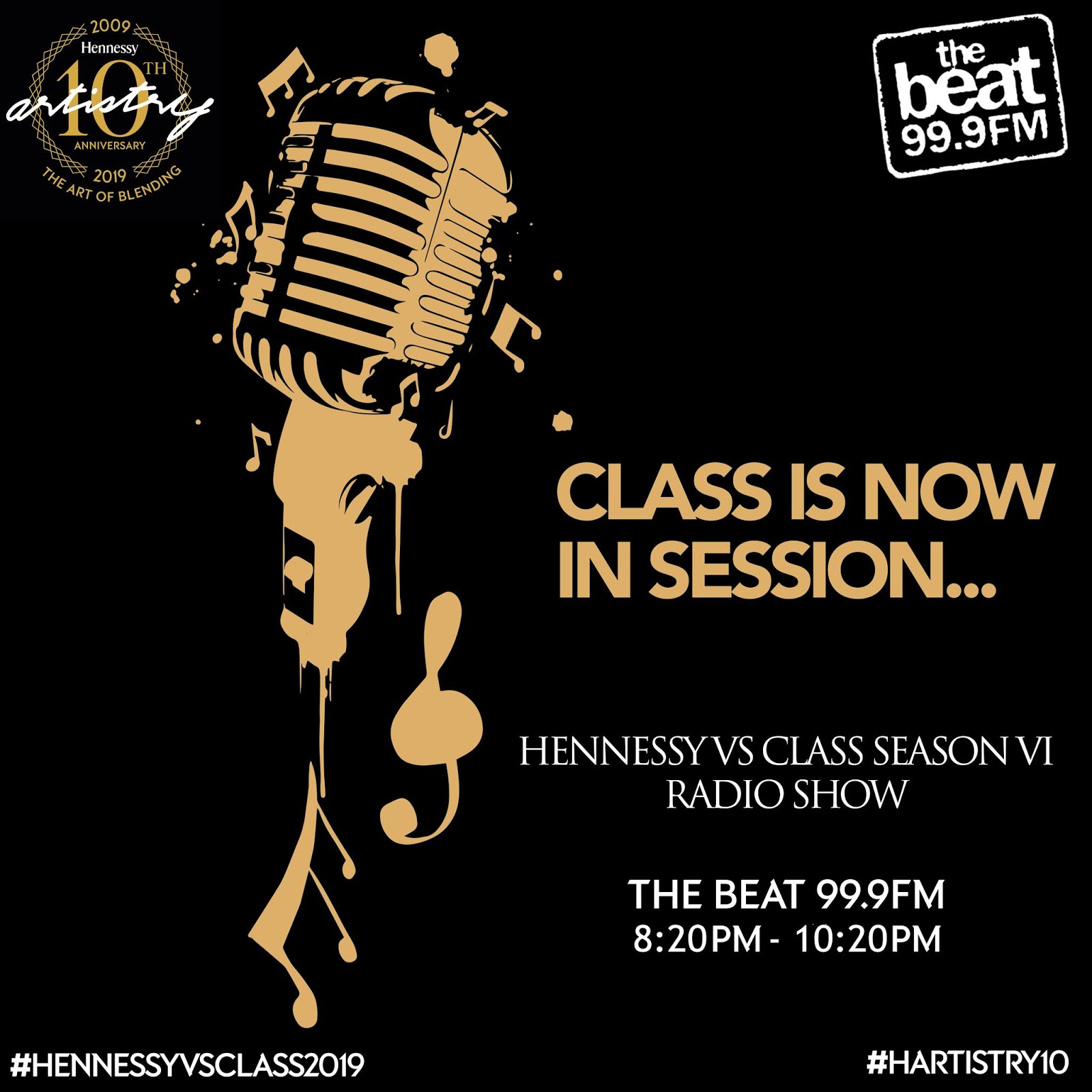 
Over the next 5 weeks, hip hop heads and enthusiasts will be treated to the best Nigeria’s up and coming hip hop scene has to offer as Hennessy VS class season VI kicks off at the heart beat of Lagos, The Beat FM 99.9, every Wednesday from the 26th of June till 24th July!

With a total of 40 gifted rappers handpicked from the live auditions held in Benin, Port Harcourt and Lagos as well as from the online entries, the promising contenders will be spitting “fire” in a quest for bragging rights as Nigeria’s hottest lyricist and the millions expected to tune in are in for a treat. 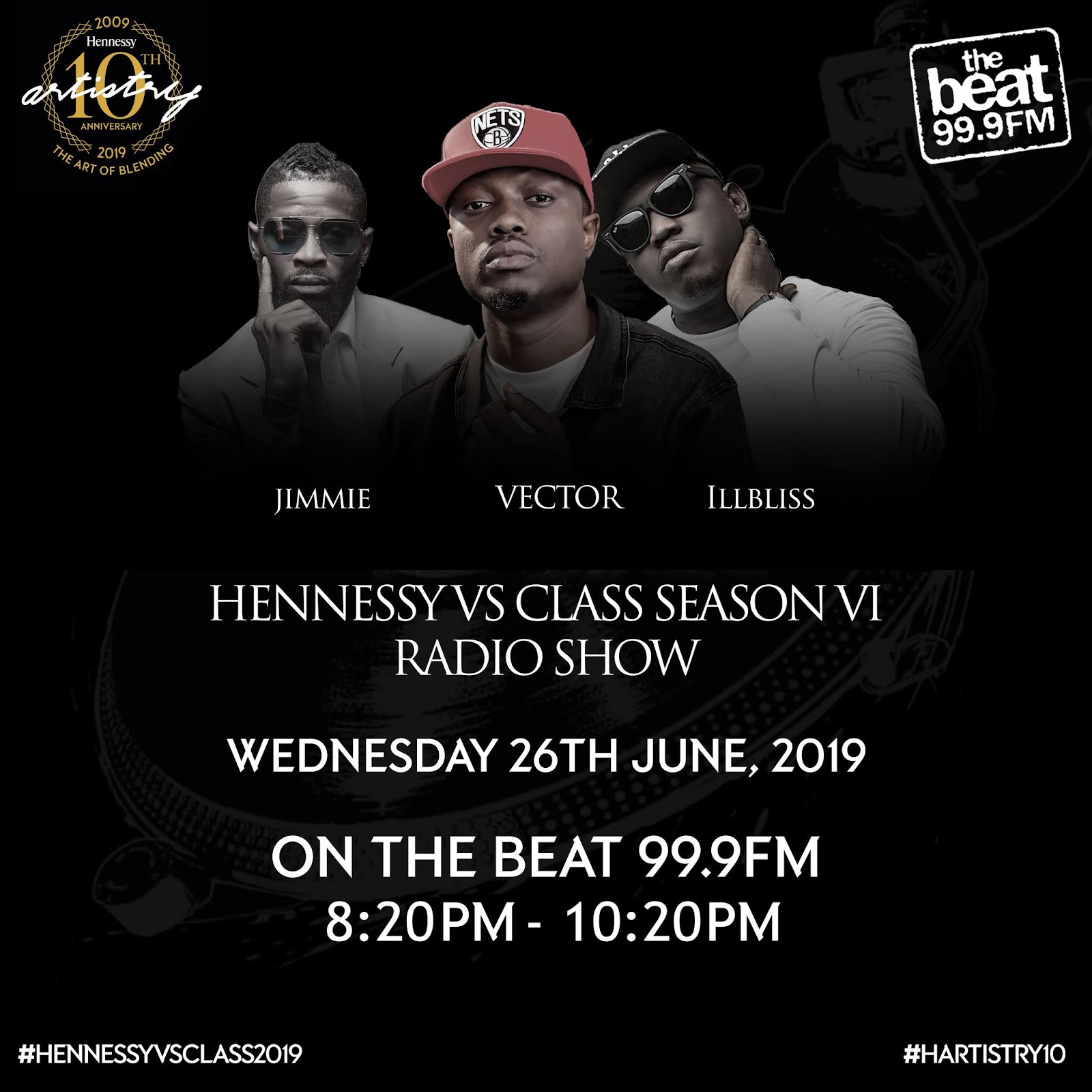 This season, Hennessy VS Class has enlisted A-list judges to preside over the radio shows; Hip hop heavyweight; Vector the Viper, Celebrity Hypeman; Jimmie, radio host/Hip-Hop enthusiast; Douglas Jenkins and guest judges such as Veteran Rapper; IllBliss, Falz the Bahdguy, Ikechukwu and Teeto Ceemos to shake things up. They will be on the lookout to select 5 exceptionally skilful rappers and 3 wild cards throughout this 5 week long radio competition, and eventually all 8 will engage in the final lyrical warfare at the Hennessy Artistry Finale concert stage in December, to become the leader of the 2019 VS class.

Tune in weekly EVERY WEDNESDAY from Wednesday, 26th June 2019 till 24th July 2019 from 8:20pm-10:20pm to support your favourite rapper and listen to quality lyrics, punch lines and flows from your favourite MC’s, as the judges will also be taking us on an insightful hip hop journey.

Join the conversations on social media using the hashtags #HArtistry10, #HA10 and #HennessyVSClass2019.