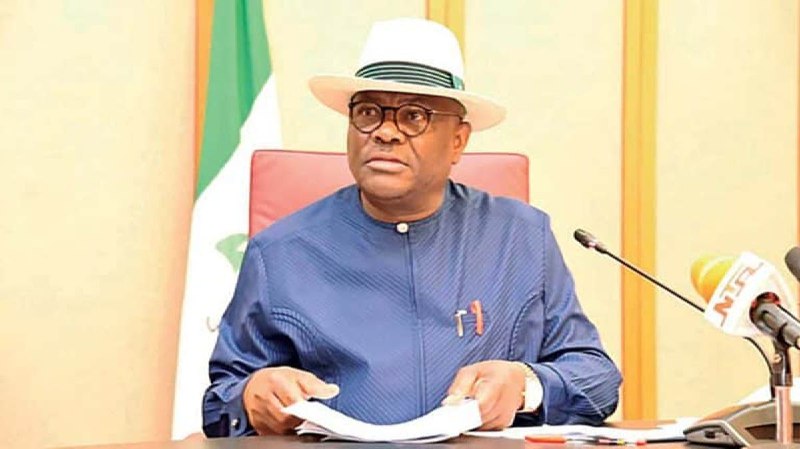 The Nigeria Labour Congress (NLC) has berated Governor Nyesom Wike of Rivers State for donating huge sums of money to other states in the country, while “withholding” salaries and pensions of Rivers workers.

The NLC said the situation has caused workers in the state to move around in black “mourning robes”, while children of retirees protest naked in public.

Findings by this newspaper revealed that Mr Wike, a presidential aspirant of the Peoples Democratic Party (PDP) has donated at least N7.4 billion to seven states in the country since he became governor in 2015.

“The gale of donations to different causes has not escaped the attention of hungry workers and pensioners in Rivers State who watch as their state adorns the robe of Father Christmas to other states while their salaries and pension are withheld,” the NLC President, Ayuba Wabba, stated this in a letter to Governor Wike, dated May 5.

Mr Wabba said the non-payment of pension arrears, gratuities and death benefits in Rivers State has exposed retirees to unimaginable pains and trauma.

He said Governor Wike’s administration has failed to act on the report of a tripartite committee set up to resolve the issues.

The labour union expressed shock that the governor has not paid the terminal benefits of retirees for the past seven years, despite Rivers State being one of the richest states in Nigeria.

Mr Wabba wondered why Governor Wike would donate money to other states in the country when workers in his state were not paid.

He reminded the governor that “charity begins at home”.

The Rivers State Commissioner of Information, Paulinus Nsirim, did not respond to requests for comments for this report.

Bayelsa, Benue and Akwa Ibom States top the list of the seven states that have benefited from Governor Wike’s largesse.

The governor in February 2018 donated N200 million to the Benue State Government for relief materials and medicine for persons displaced after herdsmen attack.

Radio Nigeria (FRCN), in March 2022, reported that Governor Wike donated N400 million to victims of fire disasters at the Katsina Ala and High level main market. This was the second donation to Benue State alone, totaling N600 million.

Vanguard newspaper reported that Mr Wike in April 2022 donated N200 million to victims of a violence attack in Kaduna State.

He also committed N5 billion for infrastructure upgrade at the Yenagoa campus of the Nigeria Law School.

The Rivers State had been rewarded with a campus of the Nigeria Law School in Port Harcourt, which is currently under construction.