Engr. Adeniran Ademilade was brutalized by policemen at Aguda Surulere

A resident of Aguda-Surulere, Lagos, Eng. Adeniran Ademilade was critically brutalized allegedly by some policemen from Soloky police station.

According to report, the policemen involved are: Supol Taiwo and Inspector Alibaba.

It happened on Friday, 17th April, when the victim decided to go buy food from a next street at Aguda-Surulere, during the lockdown in Lagos, and that’s when he came accross the officers who allegedly after little explanation beat him to near death.

As at the time of the report, Engr. Adeniran was still under critical condition of medical care.

This is a perfect example of the innocent Nigerians who do suffer daily in the hands of cruel police officers who would rather use hands and aggression to pass messages instead of mouth and caution as instructed by the IGP of Police and buttressed by PPRO Frank Mba. 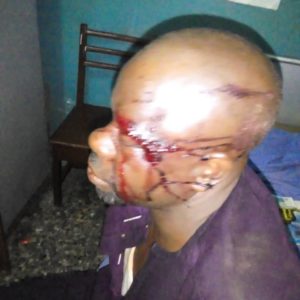 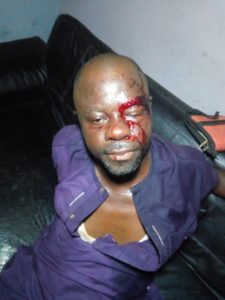