Arsenal have won the 2020 English FA Cup following a 2-1 win over ten-men Chelsea, thanks to a brace from Pierre-Emerick Aubameyang, at the Wembley stadium.

Saturday’s FA Cup game is the 14th triumph for the Gunners in the oldest cup competition in the world, a record-extending win for the North London side, and a third triumph over Chelsea in the final — adding to their 2002 and 2017 triumphs over the Blues.

For Arsenal, it was a sweet end to the season despite finishing eight in the league — their lowest in 25 years — as claiming the FA Cup ensured their qualification for Europa League football next season.

The 21-year-old collected Olivier Giroud’s flick, evaded a defender before placing a dinked shot beyond Emilio Martinez, Arsenal goalkeeper, to give the Blues a 1-0 lead.

The Gunners worked Chelsea on the left wing and won a VAR-confirmed penalty in the 28th minute when a long ball was misjudged by Cesar Azpilicueta and the Chelsea captain pulled down Aubameyang in the box.

The 31-year-old Gabon striker dusted himself up and sent the goalkeeper the wrong way to level the scoreline 1-1.

Arsenal finished the first half the better team and came close to taking the lead but Chelsea held on to keep the scores level at the interval.

Mikel Arteta’s side completed the turnaround on 67 minutes through Aubameyang’s well-taken goal. The Gunners’ talismanic striker collected Nicolas Pepe’s pass, drifted away from Kurt Zouma and planted a dinked shot beyond Caballero for a 2-1 lead. 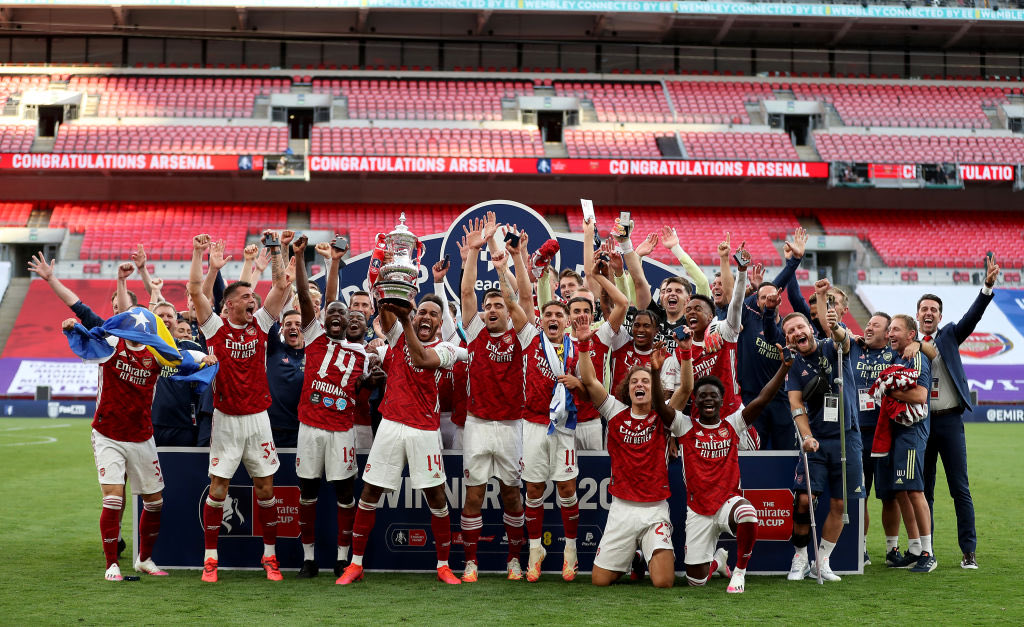 It went from bad to worse for Chelsea moments later when Kovacic was shown a red card following a second yellow card for a supposed tackle on Granit Xhaka but replays showed otherwise.

Chelsea mounted a feeble attempt to claw their way back but it was not to be, as Arsenal comfortably saw out the match to wild jubilation led by Arteta, their rookie manager.