The Chief Judge of Ondo State, Justice Oluwatoyin Akeredolu, has rejected a request letter to set up a probe panel from the state’s House of Assembly against the deputy governor, Agboola Ajayi, over allegations of gross misconduct,

According to documents obtained by SaharaReporters, the Chief Judge, stated her position on why the the letter was rejected.

Speaker of the Ondo Assembly, Bamidele Oleyelogun, had on Thursday written to the Chief Judge to set up a seven-man panel to investigate Ajayi with the aim to impeach him from office.

Justice Akeredolu insists that the impeachment of AgboolaAjayi must be served with notice of impeachment by a one-third. 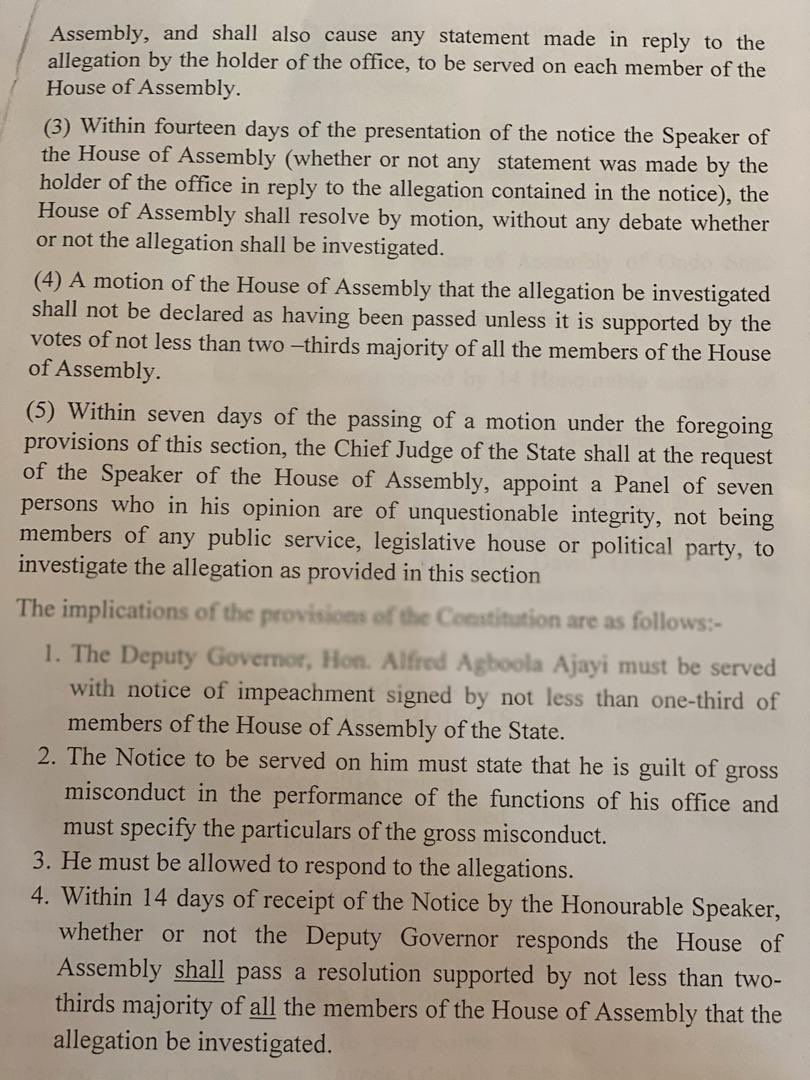 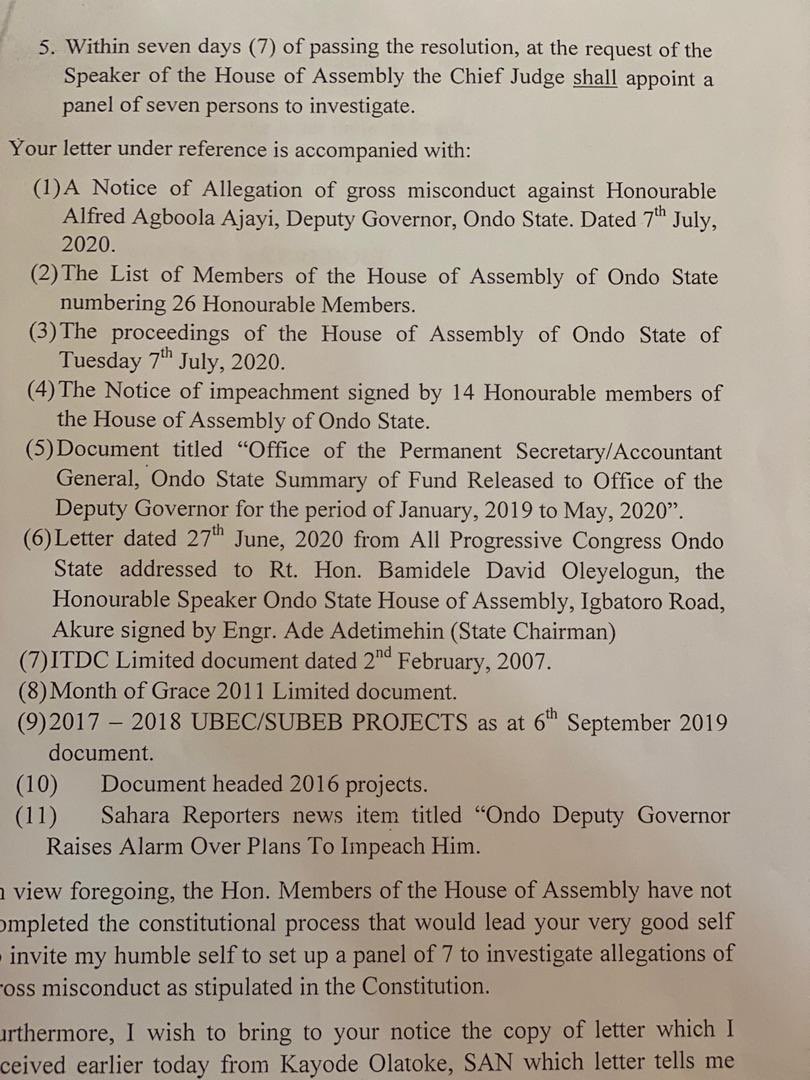 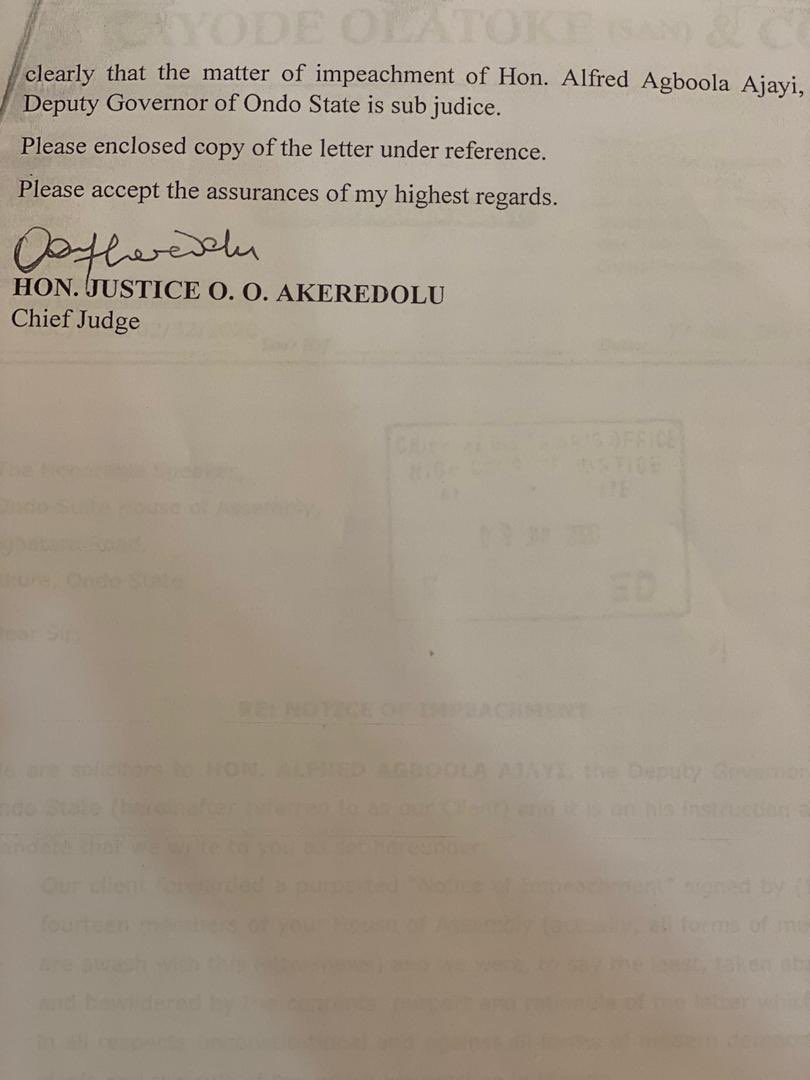 2023: ‘Next President must come from south’ – Obasanjo

2023: Seadogs to embark on street campaign