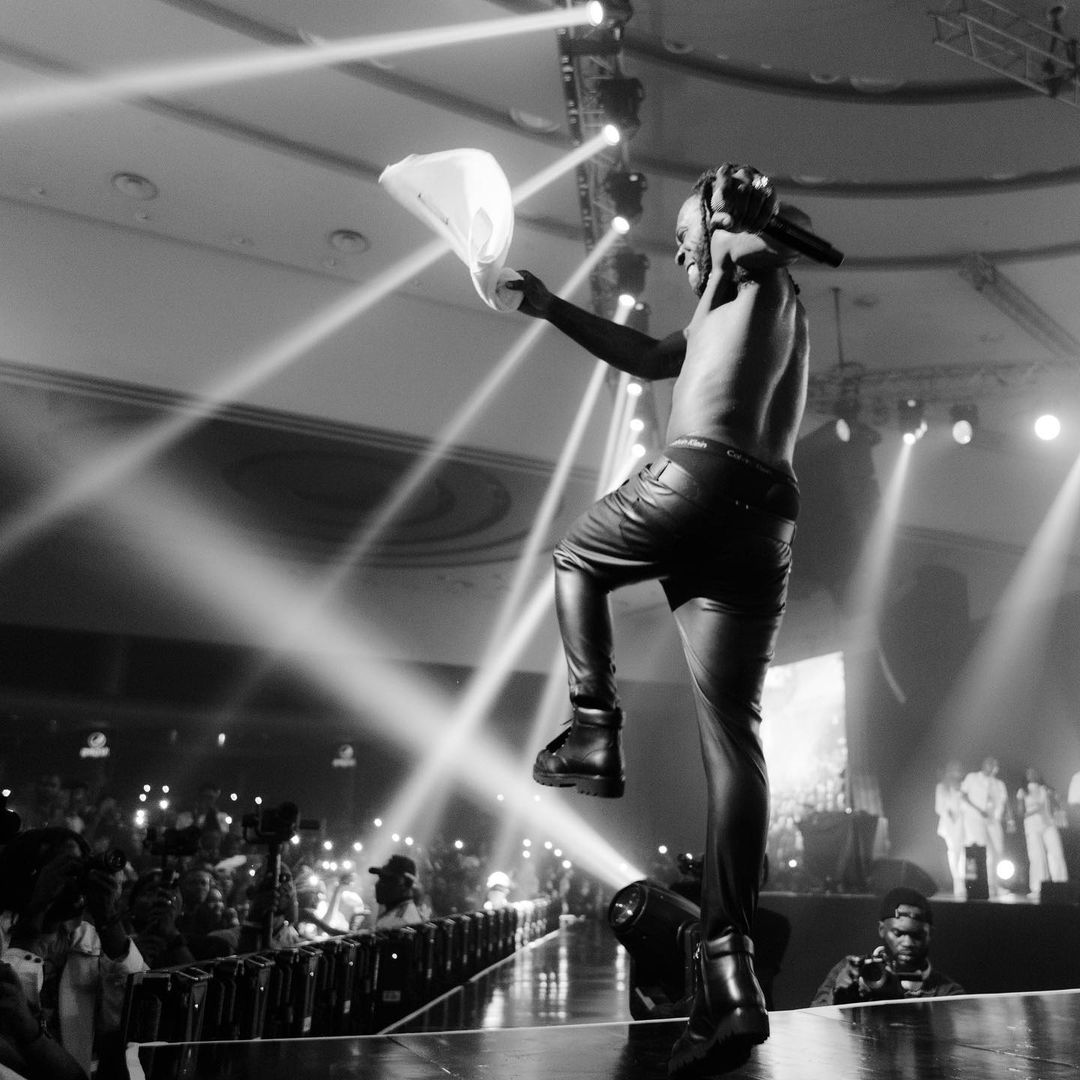 Grammy award-winner, Damini Ogulu professionally known as Burna Boy has been captured on tape reacting just as he said he would, should fan mount the stage while he is performing.

The “Ye” crooner had on Monday warned during his Space Drift concert that he could ‘enter anyone’ who attempts to climb the stage to grab him.

In his words: “I know say na love, the love fit enter your body you go want jump on stage and things like that. It took me a long while to get used to it because I don’t know your intention, I no know whether I don do you something before so I fit just enter you normally.

But now we don dey understand say na love but please let’s try our best to not startle me too much so I don’t do something crazy.”’

But an overzealous fan seemed to have thought it was a joke as he tried jumping up to get closer to the artiste.

The Dangote crooner was not having any of that because he did not even wait for security to do their job, he just pushed the fan back into the crowd with aggression.

Watch the video below;

In the same vein, Wizkid have has been hailed for also dealing with a fan.

Wizkid punched the overzealous fan at a beach in Lagos, While he screamed in pain starboy left with his bodyguards.

Recall, Wizkid was dragged by fans till he fell down at his concert in Transcorp Hilton Hotel, Abuja..

This was his last concert for the year 2021 tagged ‘Vibes on the Beach with Big Wiz”, held on December 30 on the beach. It was an amazing one for the Wizkid FC as he thrilled them to an awesome experience.