Gov. of Lagos state, Babajide Sanwo-Olu have been spotted with the much talked about Emir of Lagos, Alhaji Mohammed Abubakar Bambado.

The 49year-old made news last week as the Sarkin Fulani of Lagos. 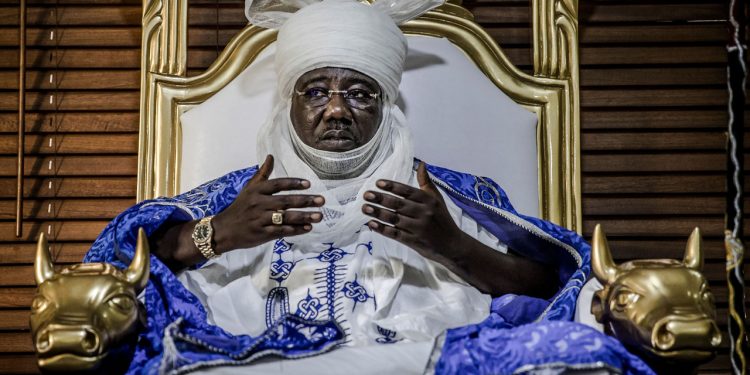 Although the Sarkin Fulani of Lagos State and the Chairman of the Association of Fulani Chiefs in the South-West Nigeria, Alhaji Mohammed Abubakar Bambado has debunked it as an insinuations, saying, “The insinuation is far from the truth,” but public eyes have refused to blink.

According to The Nation, “The monarch disclosed that the rumours emanated from an interview he granted some foreign media personnel doing a documentary on Nigeria, saying the documentaries are not secret documents as they are already published and in public domain for whoever has interest to go through. According to the worried monarch, the aims of those peddling the unfounded rumours are actually targeted at polluting the cordial relationship between President Muhammadu Buhari and the people of the south-west with a view to scoring cheap political goals towards 2023.”

It a very early documentary with interesting relationship.

CULTISM ASSOCIATION; WHO WILL END THIS MADNESS IN AFRICA?

CULTISM ASSOCIATION; WHO WILL END THIS MADNESS IN AFRICA?