Oshiomole has not released guidelines for the conduct of primaries in Edo State. 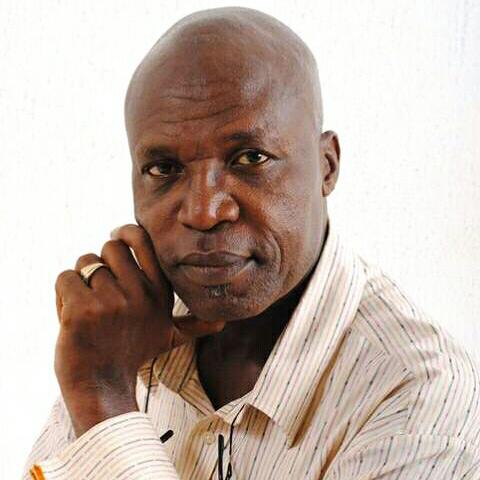 COVID-19 AND THE INFANTILE ANTICS OF EDO STATE GOVERNMENT

We are constrained to respond to a paid advert by Edo State government, and signed by one Osarodion Ogie. One would have thought that after they recently got their nose bloodied in the courts, Godwin Obaseki and his hirelings would desist from dragging Comrade Adams Oshiomhole into any and all things that happen in Edo State, real or imagined. In their usual hysteria and desperation to smear the name and image of Comrade Adams Oshiomhole, Edo State government bent the truth and went to town with a propaganda of misinformation.

As part of our corporate social responsibility, the APC in Edo State organized a forum for well meaning individuals within our fold to put resources together to assist our government and the vulnerable in our society to cope with the challenges of partial lockdown. In doing so, we were mindful of the relevant guidelines by the World Health Organization, the National Taskforce on Covid-19, and Edo State government.

The latest in their litany of wailings is that Comrade Oshiomole caused a mock primary to be conducted in Edo State. Nothing could be farther from the truth. The National Working Committee of the All Progressives Congress, APC, which Comrade Oshiomole heads, has not released guidelines for the conduct of primaries in Edo State. One would ask therefore, on what basis would the Edo APC undertake such an exercise as claimed by Osarodion Ogie.

To further accuse Comrade Oshiomole of deploying soldiers and policemen to the venue of the imaginary primaries is to ascribe to him, powers that he does not possess. We are not aware that as National Chairman of the APC, he has command authority over Police and Military personnel.

The inference in the press release that Comrade Oshiomole is undeserving of the office he occupies, shows that Godwin Obaseki and his team are still hell bent on ignoring governance and squandering scarce resources on their pet project of hounding Comrade Oshiomole out of office. This is the same pursuit that Obaseki has been obsessed with for over two years, with dismal results. The threats contained in the publication are of course familiar and is the trademark of Obaseki’s government.

There was also, an infantile and self-serving attempt to drag the high office and pristine image of President Muhammadu Buhari into this reprehensible undertaking. It is glaringly obvious to all and sundry that Comrade Oshiomole and indeed the APC which he heads, hold President Buhari in the highest esteem. We as a Party, have demonstrated in no uncertain measures, our support for the President and his well articulated policies to lift Nigerians to the next level. The palliative packages which include the social intervention scheme are deliberate policies of this government to alleviate the challenges of the current pandemic. Comrade Oshiomole and the APC have been at the forefront in the efforts of government and all Nigerians to contain the ravages of the coronavirus pandemic. To infer otherwise, is sheer and unbridled mischief.

We urge Godwin Obaseki and his team to focus on increasing the testing capabilities, provide the people with palliatives, and compensate the healthcare providers who are on the frontline in the fight against the pandemic, and and continue to make huge and incomparable sacrifices on a daily basis. Obaseki has merely scratched the surface and played to the gallery in his efforts at fighting Covid-19. Some States are providing face masks free of charge, paying frontline medical staff 25% hazard allowances and providing adequate food to its needy residents. The experience in Edo State is abysmal failure of Government to cope with its responsibilities. It is public knowledge that some APC members have individually provided more palliatives to Edo people than the Obaseki regime.

This is not the time to score cheap political points, and certainly not the time to pass the buck and ascribe the failings and ineptitude of the current government in Edo State to a phantom godfather that only exists in the warped imagination of Godwin Obaseki and his co-travellers.

Message for Igbos fighting for 2023 Presidency

Message for Igbos fighting for 2023 Presidency