Photo News: On Friday, President of the United States of America, Donald Trump and wife Melania visited the Korean War Veterans Memorial to commemorate 70 years since the start of the Korean War and to pay their respects to the brave Americans who lost their lives fighting for our freedoms.

The Korean War Veterans Memorial is located in Washington, D.C.’s West Potomac Park, southeast of the Lincoln Memorial and just south of the Reflecting Pool on the National Mall. It memorializes those who served in the Korean War. 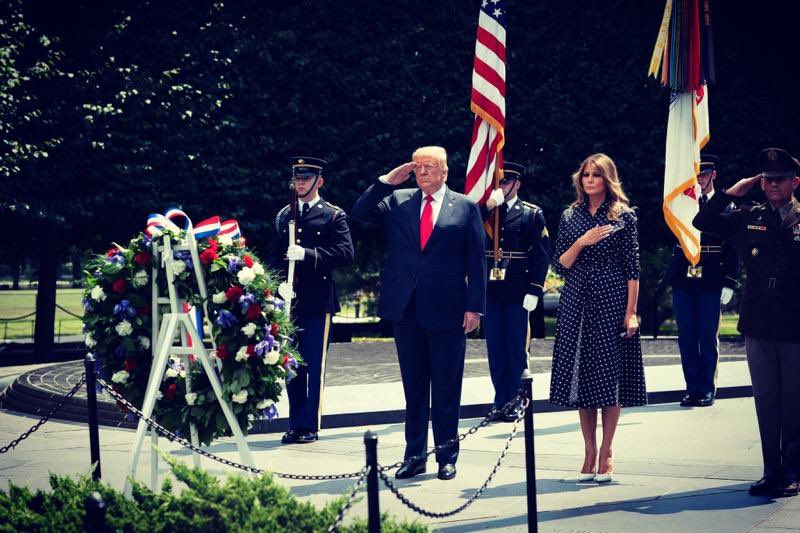 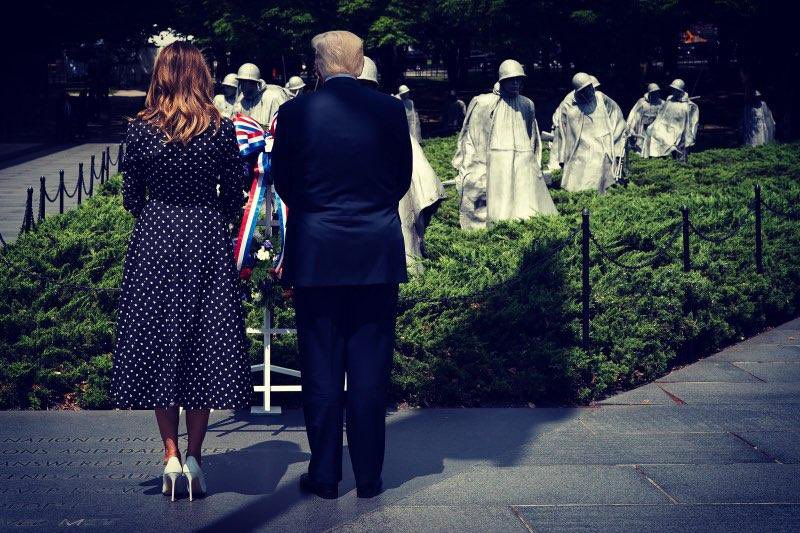 Man Rapes Friend’s Wife Beside Her Husband In Lagos

FG replies Falz over burning of cocaine worth N194bn by NDLEA

We will continue to encourage freedom of speech – President Buhari

By achievement, performance, Tinubu is not Obi’s mate – Onanuga