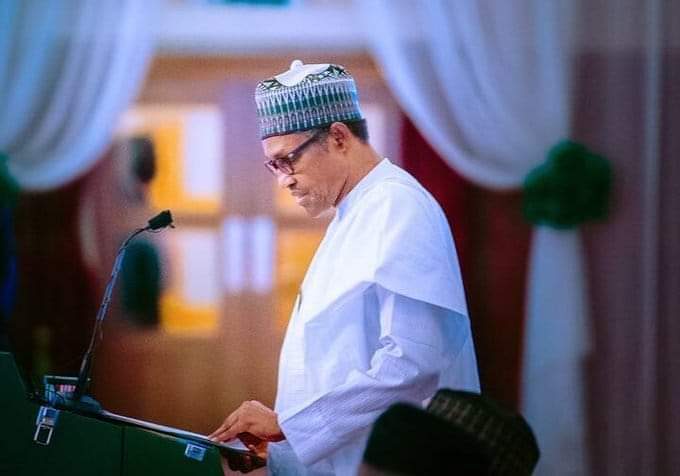 President Muhammadu Buhari has approved N6.45billion for setting up of oxygen plants in 38 locations nationwide to enhance the treatment of COVID-19 patients.

This was disclosed at the first National Economic Council (NEC) of 2021 presided over by Vice President Yemi Osinbajo.

In attendance were Governors, Ministers, Central Bank Governor and other senior government officials.

Finance Minister, Zainab Ahmed said the President’s approval for the production of oxygen was necessitated by the increase in coronavirus patients.

Health Minister Osagie Ehanire informed the NEC that sequel to Buhari’s decision to activate the Basic Healthcare Provision Fund based on the National Health Act, N55.1billion was approved in 2018 and that 50% of the sum has since been released to the States and the FCT.

The Fund was established under Section 11 of the National Health Act (NHA Act), as the principal funding vehicle for the Basic Minimum Package of Health Services (BMPHS).

It seeks to increase the fiscal space and overall financing to the health sector to assist Nigeria to achieve Universal Health Coverage (UHC).

Earlier, Lagos State Governor, Babajide Sanwo-Olu told newsmen that the demand for oxygen at the Infectious Disease Hospital in Yaba had risen from 70 to 350 cylinders per day.

He said the demand was projected to be more than double to 750 six-litre cylinders before the end of the month.

Sanwo-Olu said the state government had decentralized the availability of oxygen across the state through the provision of ten oxygen and sampling kiosks.

He assured that oxygen therapy and other related services would be provided to patients that required them.

“Five of these tem centers have been commissioned while the remaining five will be ready for use within the next four weeks.

“It is our expectation that these sampling kiosks would be easily accessible to residents that require oxygen therapy at the level of LGAs as stabilization points prior to onward transmission to our Isolation centres, if required.

This strategy is to further increase the fighting chance of Lagos residents that have contracted the virus and require immediate oxygen therapy.

As a result of the increasing demand for oxygen, the Lagos State Government also commissioned an oxygen plant at the Yaba Mainland Hospital to mitigate the projected need,” he said.

Sanwo-Olu said while the state was closely monitoring ongoing action by the Federal Government to procure COVID-19 vaccines for use in Nigeria, his government had opened discussions with vaccine manufacturers to cater for Lagosians.

“In the meantime we are developing a strategy that will articulate the criteria, guidelines and regulatory framework for providing and monitoring vaccinations in Lagos,” he added.

He noted that the second wave of COVID-19 was turning out to be far more serious than the first wave; he said the curve could be flatted and the virus defeated if Lagosians take seriously, the safety guidelines.

Why I rejected marriage proposal from Fela – Onyeka Onwenu

Why I rejected marriage proposal from Fela – Onyeka Onwenu