One of the proponents of the #NotTooYoungToRun law, Samson Itodo, has faulted the nomination of Kaosarah Adeyi, a 24-year-old University of Ilorin graduate as a commissioner.

Adeyi was among the eight new commissioner nominees sent to the Kwara State House of Assembly on Tuesday for confirmation by Governor Abdulrahman Abdulrazaq.

She graduated from the Forestry and Wildlife Department, University of Ilorin in 2019, and had her National Youth Service in Oyo state.

The youngest commissioner-designate is a native of Ojuekun-Sarumi Ward in Ilorin West Local Government Area of Kwara State and had served in many capacities, including as a Student Union Vice President in University of Ilorin and recently as a member of the Kwara State Judicial Panel of Enquiry on #EndSARS protest.

She is also the member representing Kwara State on the Northern Governors’ Forum Committee on Youth Engagement, Priorities and Inclusion in Government.

Adeyi and the seven other nominees will be screened by the House on Thursday.

Citing Section 106 of the 1999 amended constitution, Itodo in a Twitter post identified one of the criteria to satisfy to get appointed as a commissioner in any state in Nigeria as 25 years. 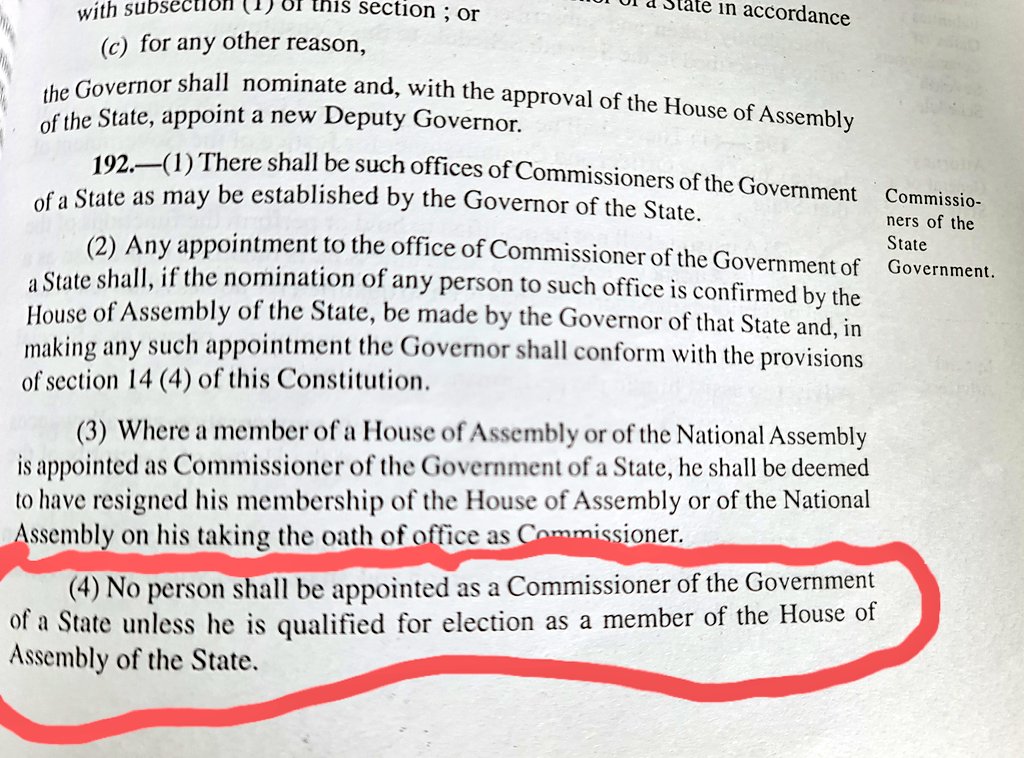 President Muhammadu Buhari had in April 2018 signed the #NotTooYoungToRun bill into law.