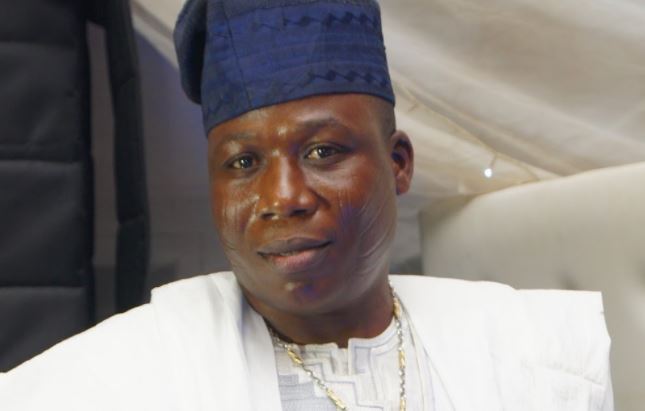 Yoruba freedom fighter, Chief Sunday Adeyemo aka Igboho, on Tuesday, issued a 7-day ultimatum to Fulani herders in Ibarapa North Local Government Area of Oyo State to leave because of consistent killings and kidnapping in the zone.

This came on a day the Amotekun Corps Commandant in Osun State, Gen. Bashir Adewinmbi (retd), disclosed that the security outfit is exploring grassroots policing to curb insecurity in the state.

Igboho a popular figure in the South West zone insisted that Fulani herders must fish out the killers of prominent Yoruba sons and daughters.

Adeyemo, who spoke on a private radio programme in Ibadan, Oyo State, hinted that the Fulani herders have more sophisticated weapons than the operatives of the Western Nigeria Security Network codenamed Amotekun.

He regretted that men recruited into Amotekun are educated people who don’t know anything about traditional powers.

He said: “Amotekun shouldn’t be for those who are educated but for local traditionalists who are traditionally fortified. The government is supposed to involve Are Onakakanfo and other traditionalists like OPC, Agbekoya, local hunters and if I am invited, I’m ready to render help. I have men who can assist if the situation gets out of hand.

“One Jabele called my attention to how Fulani men are maltreating Yoruba in the area and how they are killing, kidnapping and their Seriki collecting ransom from their victims. I intervened after the people and leaders in the area called me to do so.

“When I got there, they complained of the murders that happened lately. They expressed their helplessness and that the situation had become unbearable and they wanted the Fulani herders out.

“I asked about the head, they mentioned Seriki; that no one can confront him. They replied that Seriki is so powerful that when the police arrested his sons, he threatened a crisis within 72 hours. Of course, the police released them.

“When I got to Seriki’s residence, he called a senior Police officer. I said no problem, he gave me the phone. Just then, one of my boys called my attention that a Fulani man had pointed a gun at me, I approached and dared him to shoot. We took the gun.

“Soon after, another person fired a shot. We rushed and grabbed the pump-action gun. Then, I went to Seriki and told him ‘These are guns’. He apologized. At that point, I insisted those who killed Doctor Aborode, Alhaja and others must be fished out. His response was ‘I am scolding the boys who did the job’. I said: really?

“What amazed me was the type of vehicles in his compound like Camry, Venza and Range Rover cars of about N15million. I wondered if it was through N80, 000 cows that he made all this money. Such funds can only be through kidnapping.

“The Fulani around Seriki’s compound that day were more than 1,000. They were issuing threats. They said it was their land and asked if we didn’t know the President is one of them. They boasted only Buhari can order them out.

“I further stated if that is the case, you all should leave. If you cannot produce the killers of Dr. Aborode, Alhaja, Fatai, and many others, as well those who abducted and beheaded our people, the madman will murder the person staring at him.”

In responce, the Seriki Fulani in Oyo State, Alhaji Saliu Abdul-Kadri, said when Igboho visited him, he was about to tell him that they arrested some Yoruba, who are kidnappers, in Igangan and Tapa and they have been handed over to the police.

Abdul-Kadri said: “Suddenly they began shooting sporadically and hit four of us followed by setting up our huts in flames.”

“He then brought out a gun, put it in his mouth swearing by Ogun’s name that he must not meet us here at the expiration of the ultimatum. Then they left.

“We may be regarded as visitors regardless of the number of years spent here but I grew up here, I married here; I have children over 45 years old. I have built houses here in Igangan. This place is our source of livelihood.”

Meanwhile, when contacted, the Special Adviser to Governor Seyi Makinde on Security Matters, Mr. Fatai Owoseni said: “As Nigerians, everyone is free to live in any part of the country.

“We should be careful of what we say. It is not good to ask them to leave. When we say that, we should think about our own people living with them in their areas too. We should not fan the embers of disunity.”

While asking the youths to support Sunday Igboho, the former President of YCE, Dansaaki Samuel Agbede said “those fomenting trouble and threatening us in the zone should be identified and driven away.

Agbede said: “We can’t ask all Fulanis to leave. Not all Fulanis are bad. Some of them have been living in Yoruba land for long. Those go about their legitimate business.

“We, in YCE, give our absolute support to Sunday Igboho to send those herders who kill, kidnap and maim our people away. Those who came to our land threatening us and saying our land belongs to them. The youths should support him to ensure that none of those violent ones are allowed to stay.”

While the Afenifere through its National Publicity Secretary, Yinka Odumakin said Igboho has no power to expel anyone.

Odumakin said: “Sunday Igboho is a private citizen and has no power to expel other citizens, though we understand his pains at the atrocious ways of the Fulani herders.”